Min-Liang Tan the CEO of the leading gaming giant, Razer, proclaimed at CES that "Razer is not a Gaming Company!" Needless to say it caused quite a lot of confusion. However clarifying his statement, Min-Liang stated that, "We're not a gaming company. We're a company for gamers, by gamers.". An initially confusing statement but we think we get the point Mr Min-Liang tried to make. 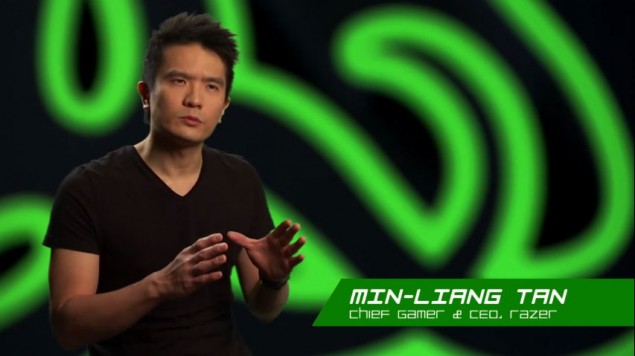 Razer is NOT a Gaming Company, Razer is a company that designs products (Killer Mechs Included) for gamers.

The press at CES was pretty surprised to say the least when the CEO of Razer told them its not a gaming company. However Mr Min-Liang Tan, released a statement on his Official Facbook Page clarifying the incident.

He Stated: " There's a subtle but very clear distinction there - and it's probably the biggest thing that separates us from all the other companies out there. ".

Furthermore, " So when the press asks me - what else is next on the horizon - they don't really need to ask that if they're gamers themselves because they will know.  What am I passionate about as a gamer? Electric performance cars, hypersonic jets, killer mech robots, the sky is the f****** limit....so don't be surprised if you see something like that at from Razer at CES 2030 and beyond, because we're not a gaming company.   We're a company for gamers, by gamers."

Their recently revealed Nabu, which is basically a smart watch designed for gamers also hints at highly ambitious (and very admirable) goals.

Breaking Down the Razer IPO: Not for the Faint Hearted