Razer’s First Ever Gaming Smartphone Could Tout a Whopping 8GB RAM, According to Specs Leak

Razer was not kidding around when it stated that it was going to release on a mobile device that will be catered to gamers. From the looks of it, the device is going to feature powerful hardware, with the amount of RAM equivalent to the new base model of the MacBook Pro.

With Windows Phone dead in the water, Razer obviously cannot build a smartphone operating system from scratch so it will obviously have to rely on Google’s mobile platform, according to this GFXBench specifications leak. It should also be noted that Razer is going to be using ‘off the shelf’ components ranging from a Snapdragon 835 because it has not intended to start making its own mobile hardware for the purpose of releasing newer products.

However, we do not believe that the phone will feature a bezel-less form factor because the resolution stands in at 2560 x 1440, where phones that sport a high screen-to-body ratio normally have an aspect ratio of 18:9, or a resolution measuring at 2880 x 1440. This is actually a better approach, because larger bezels mean a bigger footprint, meaning a bigger battery capacity can be incorporated. 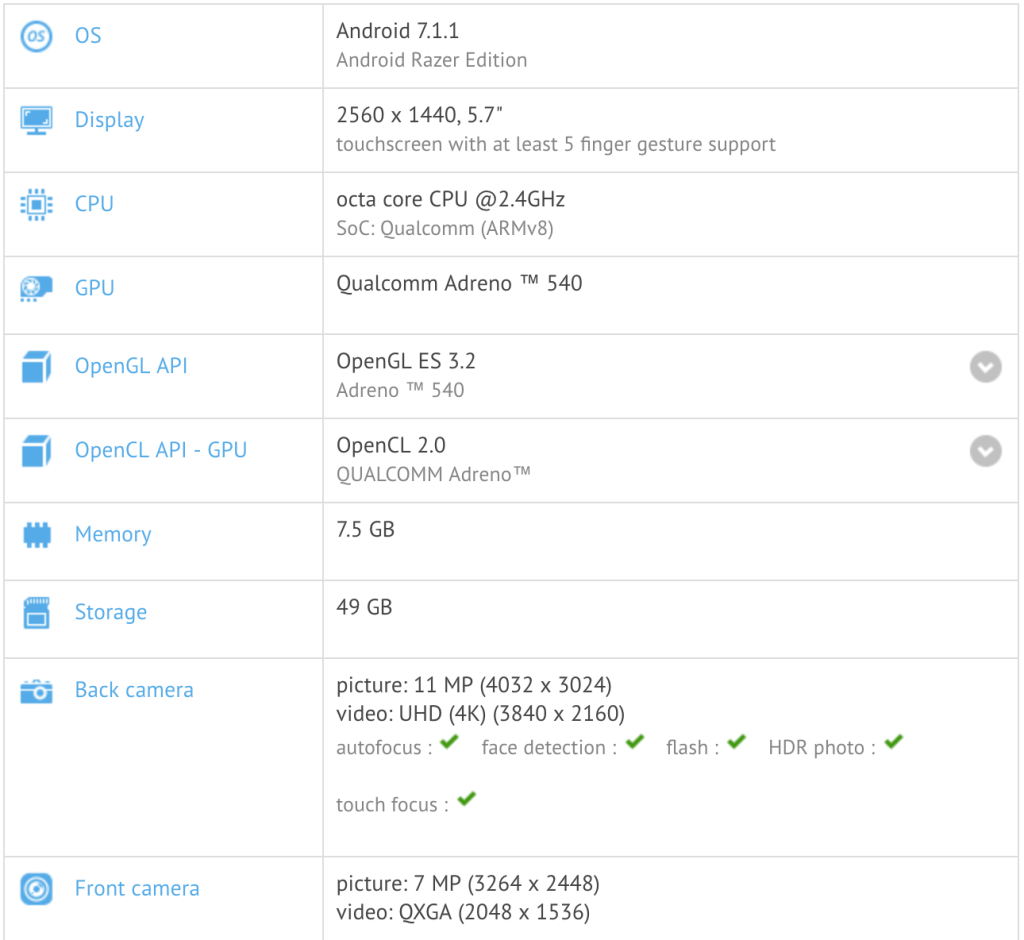 The display itself will measure in at 5.7 inches and the internal storage size is leaked at 64GB. To market the phone to potential customers, Razer will most likely outfit exclusive features and applications in the gaming smartphone, but if there are going to be accessories sold with the mobile device, they are most likely going to be sold separately.

Knowing Razer, they intend to charge a premium for its unnamed smartphone, but a large amount of RAM might make it an attractive package for several enthusiasts out there.