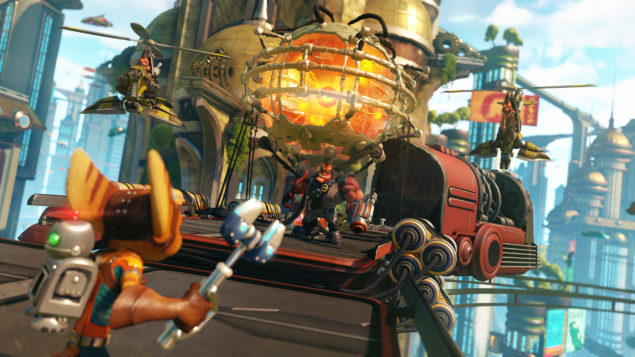 It's less than a month until two of PlayStation's most popular characters make their debut on the PS4, as part of a much needed remake of the original game. Now a story trailer has been released for Ratchet and Clank.

And while the new title is definitely a retelling of the original PS2 title, it's also a remake to tie in with the brand new film based on the IP. There'll be a lot of familiar elements, and quite a few new things as well.

We’ve joked that Ratchet & ClankPS4 is the game based on the film based on the game…. and that’s actually pretty accurate! The film and game are designed as complementary pieces. They tell the same origin story of Ratchet & Clank battling Chairman Drek, with the same major beats and character arcs. The film focuses a touch more on character development and the game is a bit more focused on the action that happens between the scenes. Our goal was to take advantage of what each medium does best.

While the original game was fantastic at the time, it's dated today. It's still a lot of fun, but it's desperately missing some of the features that were added across the many, many sequels. This remake will bring it bang up to date, and give fans another chance to revisit.

Ratchet and Clank will be available April 12th in the US, and April 20th in EU territories. The UK will get it two days later, on April 22nd.