Raiders of the Broken Planet Gets Character Trailer, Will Be Playable at Gamescom 2016 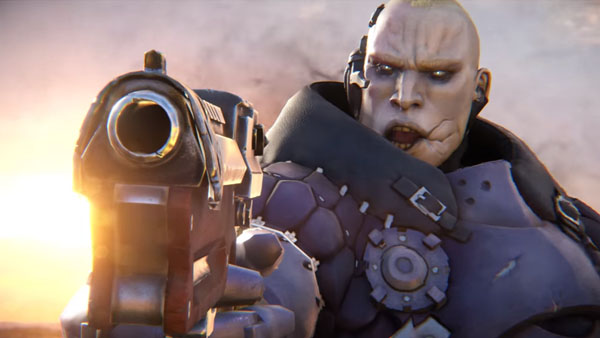 MercurySteam's new game, Raiders of the Broken Planet, recently got a teaser trailer focused on some of the playable characters.

The game has been described as an "online 4v1 asymmetric sci-fi adventure", though it will be playable as single player too. Enric Alvarez, Head of Studio at MercurySteam, said:

This is just another glimpse into the universe we are trying to create! A universe full of interesting, unusual characters who are really just a bunch of rogues, misfits and villains who somehow come together to fight a common cause. We wanted to create a game and a story that doesn’t take itself too seriously, that has great interaction between the various factions yet offers an exciting and difficult challenge.

The trailer is a fun glimpse into the world of Raiders and some of the characters you can play with there. Lycus Dion is a cocky hands on type of character who isn’t afraid to get up close and personal but this often land him in trouble. Big guy Konstantin is a burly Russian who is always on hand to save Lycus when he goes too far. Alicia on the other hand is a crazy aussie who ends up saving the both of them and the mysterious antagonist at the end is a just a hint at the key feature the game has to offer in multiplayer mode – 4 vs 1 antagonist.

Raiders of the Broken Planet will be playable for the first time at Gamescom 2016. If you're attending, just head to the Microsoft booth in Hall 8.

We want to use GamesCom to show the game and the universe we are creating to the gamers first and foremost, but also to talk about the games special multiplayer features and highlight what makes this game special before we let everyone get a hands on with our closed beta program starting very soon.

We already have an appointment with the developers to check out the game and hopefully report a lot fresh info to you. In the meantime, you can still sign up for the PC beta if you haven't already.