Raiders of the Broken Planet Has a Huge Story, Is Neither a MOBA Nor a 3v1 Game 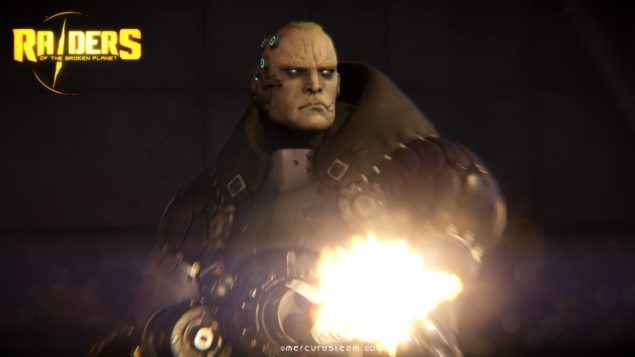 Last week, Spanish studio MercurySteam announced a new game, Raiders of the Broken Planet. Described as an "online multiplayer asymmetric adventure", it seemed to suggest a major departure from the usual story focus of their previous games, from Jericho to the Castlevania: Lords of Shadow trilogy.

This caused the initial disappointment of many fans. However, MercurySteam tried to explain via many different messages that Raiders of the Broken Planet is not what people have imagined until now.

@SameerMonier Story on this is huge and you can play single player if you want. Don’t worry more info soon 🙂

To all those worried with our new game "Raiders..." being only multiplayer, rest assured it is fully enjoyable in single player mode too

The team then replied to a fan saying that it looked too similar to Battleborn by saying that he couldn't be more wrong, and added that Raiders of the Broken Planet is neither a MOBA nor a 3v1 game.

@TheAestivation You couldn’t be more wrong!

Even a former employee of MercurySteam who worked on the game wondered in a Neogaf post why MercurySteam didn't showcase Raiders of the Broken Planet for what it really is.

Dave Cox picked up on that and said they'll try to do better in the future.

@TheAestivation @mercurysteam - No worries. We'll try to do better in future. Hoping to change some hearts and minds as we reveal more 🙂

Then again, there's only a press release and some screenshots available so far. With no gameplay video or even trailer, it's very hard to judge what kind of game it will be.

We can only reiterate that you can sign up for the beta on the official website, while the full game will release later this year for PC, PlayStation 4 and Xbox One.

Raiders of the Broken Planet is a Multiplayer Online Asymmetric Adventure: Fight the invaders teaming up with other Raiders, or turn the tables and storm into battle with those invaders  fighting at your side!

With its distinctive blend of shooting, brawling and thinking man’s strategy,Raiders of the Broken Planet is a mouth watering proposition to gamers looking for an immersive, cinematic story coupled with intense and epic action.

MercurySteam is also announcing that it will be self-publishing the game as an independent for the first time. The powerful story driven narrative will be delivered episodically, with each part selling at an extremely low and attractive price point. A company spokesman commented “We saw an exciting opportunity with this title to take advantage of digital distribution and offer the game at a much lower entry point than would otherwise have been possible. This model also allows us to work closely with gamers to create something that they can help shape too.”