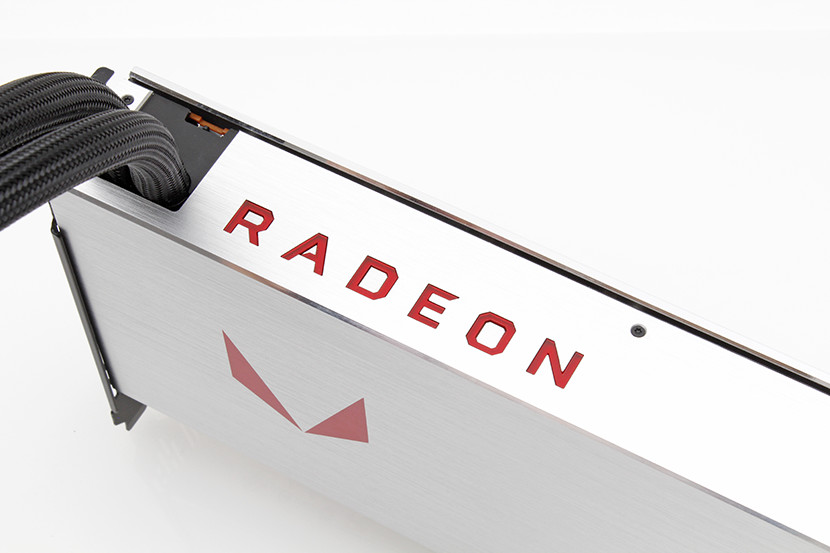 We have been publishing regular updates on the RX Vega 64 pricing issue and I am pleased to say we have a real update on the count. We spoke to a source close to AMD who is very knowledgeable about the matter and were finally able to get a solid answer.

The first thing I was told was that the original launch MSRPs from AMD have not changed, however the company did run into a serious supply block causing retailers and e-tailers to hike prices due to demand. The reason AMD has been tight lipped about the entire issue is because they cannot be seen enforcing retailer MSRPs (which would be illegal); they can however suggest the optimal price and then try to enable it using incentives like rebates.

Radeon RX Vega 64's $499 MSRP will be honored on an ongoing basis in batches on select retailers, $599 price point should be naturally achieved by market forces

Before we get into details, the major problem appears to be that there are people out there who are willing to buy RX Vega 64 at higher price points than the MSRP. Since e-tailers can see that, they have no incentive to sell the card at the MSRP and instead opt for a higher selling price. This is where rebates come in: AMD can offer them a manufacturers rebate to bring down the selling price for the consumer but if the margin they are earning is greater than the rebate offered, then even that at times will not work.

So what exactly is the bottom line? Will users be able to buy RX Vega 64 at the marketed MSRP of $499? The short answer is approximately yes, but the long answer is slightly more complex. Our source has informed us that AMD will be handpicking around 10-20 e-tailers that they will incentivize via rebates to enable the price point of $499 on an ongoing basis. Amazon and Newegg are amongst these and should they choose to accept the rebate then users will be able to buy RX Vega 64 [standalone version] at the promised MSRP of $499. Now these rebates will be provided in batches but on an ongoing basis, which means you might have to wait a week or so before you are able to snag one.

For the rest of the retailers and e-tailers however, AMD simply can't do anything. While the cost of the chip is high right now, there is enough margin in place for them to sell at $499 should they choose to. Considering the initial demand for Vega 64 however, that seems very unlikely. Remember, it is illegal for AMD to force a price point on retailers. Our source believed that the market forces should naturally converge at a universal price point of $599 - which is where the Radeon Pack with 2 AAA titles comes in - a sort of a sweetener for the disgruntled customer.

So why is the Vega chip so expensive? Well, one of the major cost drivers with RX Vega is the HBM2 memory used which is currently being provided by Samsung. AMD does not have access to any other supplier for HBM2 memory at the moment and since all boards are currently being manufactured by the company the cost is pretty high. It is worth noting here that global memory prices surged as much as 30% in August according to a recent report:

August quotes for RAMs used in VGA graphics cards have risen to US$8.50, up by 30.8% from US$6.50 in July. Both RAM industry leaders Samsung Electronics and SK Hynix have allocated part of their VGA RAM production capacities to producing memories for servers and handsets, fueling the price rally.

Sources from the upstream supply chain expect the pricing to go even higher in September and the shortages will pose a great challenge to graphics card and gaming notebook players over their abilities to handle component inventory.

Currently, Samsung supplies around 55% of worldwide VGA RAM shipments, followed by SK Hynix at 35% and Micron Technology at 10%. Digitimes

Our source informed us that the cost structure for RX Vega 64 will go down in Q4 2017 once SK Hynix enters the market with their own HBM2 memory (bringing the total number no. of HBM2 suppliers to 2 and forcing prices down) and add-in-board partners start manufacturing their own custom boards. Whether this reduction in cost structure translates into a lower selling price for consumers depends entirely on the retailers and demand. An unexpected run-away mining demand could neutralize this effect. That said, retailers should be well incentivised at that point to drop prices and we should see the selling prices of RX Vega family of graphics card drop to MSRP levels with the new cost structure in place.

RX Vega stock is not in short supply, tens of thousands of units were shipped out to cater to launch demand but ran into logistical delays

Its no secret that RX Vega 64 was one of the worst stocked launches in history with Amazon not even bothering to list the card and Newegg running out of supply within minutes. This was slightly surprising considering that AMD had previously stated that one of the reasons for delaying Vega was so they could accumulate a good quantity of launch supply. The reason as it turns out had less to do with an inadequate supply of GPUs and more to do with logistical problems the shipments ran into.

Our source told us that 'tens and thousands of Vega GPUs were shipped out' yet they appear to have run into unforeseen delays which meant that only a fraction of the available quantity was up for sale when the launch window opened. This problem will be quickly remedied and the entire stock should be up for grabs within this week. In fact, the card has already been restocked at Newegg and Amazon, albeit at the $599 price point (Amazon's dynamic pricing algo has already taken it above the $700 mark).

This might not have been the answer most were hoping for in terms of Vega 64's buying price, but it at-least clears up a few ambiguities about AMD's dilemma and shows that they are fighting against market forces and attempting to enable the original price point for the consumer. The $499 price point will be available again sometime in the future and RX Vega supply is relatively strong. Until the demand (most of which is probably from miners) subsides however, the price points that are universally available will hover at the $599 mark until Q4 this year, when a lower cost structure and custom variants are expected to bring prices down all around.