Litecoin, what are we going to do with you. Just recently today the Retail price of the R9 290X hit an all time high of 899.99 Dollars at Newegg. Perhaps even more surprisingly the $900 models soon were 'Sold Out' at the same $899.99 Mark. It goes to show how quickly miners will snatch up any high end radeons floating around. Ofcourse the Component Shortage we talked about earlier doesn't help either. 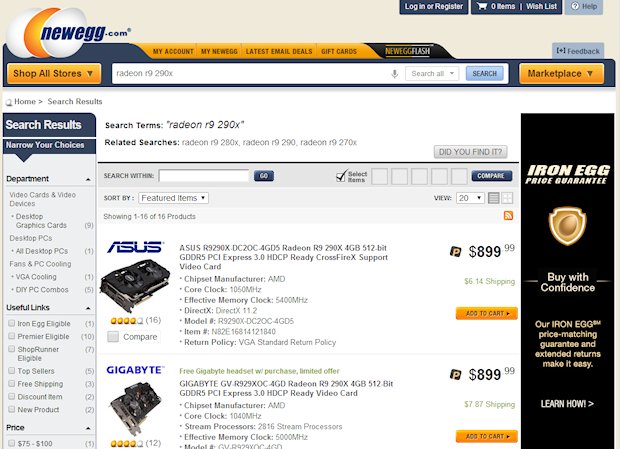 However, not only have the $900 SKUs all sold out, but it appears that something in the back end took place because a couple of changes have happened. 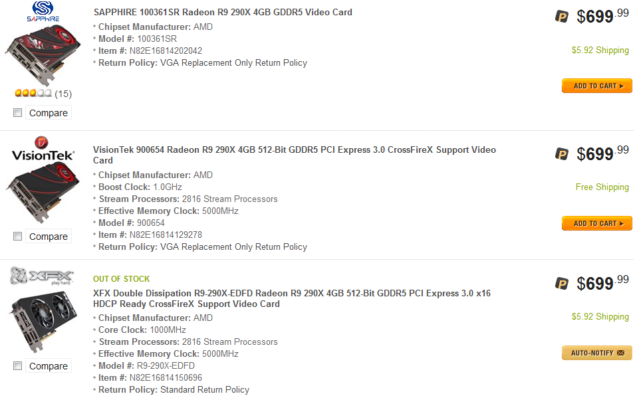 At its peak of $900 the AMD Radeon R9 290X was $350 above MSRP, and currently it is $150 above MSRP. Even the R9 290 is being affected and was $200 above MSRP above its  peak. The old 7970 was $270 above MSRP at its peak. So not only is AMD Rads suffering from a shortage, Litecoin miners are swooping all the candy before anyone. I am an avid supporter of crypto currencies but GPUs were meant to be played on first and foremost.

Although in a way this is good for both companies. AMD is selling out faster than ever thanks to litecoin mining, while Nvidia is now getting a piece of the pie from AMD's Gamer Share (only high end). Ofcourse, that is if CUDACoins dont become a thing. Thankfully, though, from the looks of it, they wont pick up anytime soon. God help us all, if Nvidia GPUs price starts sky rocketing as well.