Quantum Break Played By The Press This Week; “Exciting Yet Terrifying”

Quantum Break from developer Remedy Entertainment is being played by a select group of press members this week. According Remedy’s creative director and writer, Sam Lake, an “exciting yet terrifying” experience. 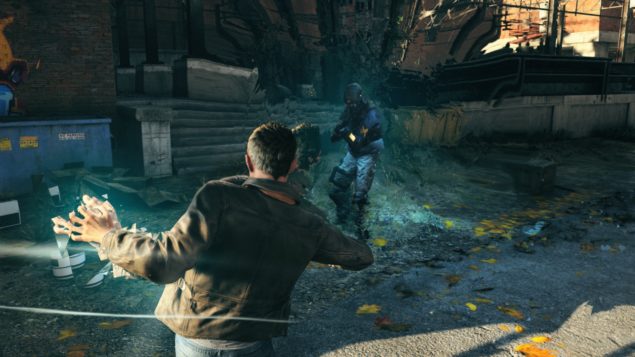 Lake announced this via Twitter overnight, and says to be “excited” to have members of the press visiting the Remedy Entertainment headquarters in Finland this week.

Excited to have members of press visiting the @remedygames HQ and playing #QuantumBreak this week. pic.twitter.com/KfCCZ7rfV3

His initial tweet was followed up by a Tweet stating that the press has arrived, and that they will be playing the game – an “exciting yet terrifying” experience for Remedy’s creative director.

The press is here! Not a red carpet; Monarch yellow. They'll play the game. Exciting yet terrifying. #QuantumBreak. pic.twitter.com/1x5zQ16qZf

Development on Quantum Break has been quite long, so one might understand Lake’s excitement. The game was officially announced in 2013, but Remedy started hiring people to work on the title back in March 2012.

Quantum Break development began back in 2012

A while back we reported that the game’s ‘shivering’ end scene was locked down by Remedy. According Remedy’s drama director Stobe Harju, locking down Quantum Break’s end scene was important to the rest of the game’s scenes.