Apple launched the 2019 iPhone lineup with a brand new processor dubbed the A13. This chip is fabricated on TSMC's second-generation 7nm by our estimates since the SoC has more transistors (1.5 billion more) than its predecessor, the A12. Therefore, the true Android counterpart for this processor will be Qualcomm's next SoC. This chip, tentatively dubbed the Snapdragon 865, should launch in December. But today we've got a report suggesting otherwise. Take a look below for more details.

Recently, we came across a report suggesting that Samsung will not equip the next Exynos (Exynos 9830) with its custom Mongoose cores. While no official reasons behind the purported change have been provided to us, it's possible that the underlying currents affecting the mobile industry right now are behind it. ARM's heavily leaning towards making its solutions scale up to deliver notebook class performance, and Samsung might have deemed the Cortex A77 sufficiently performant to avoid designing custom cores.

Apple's strong SoC designs have also made it tough for Qualcomm to compete. After the Cupertino tech giant took the lead with its 64-bit processor, it's continued to churn out strong processors ever since the iPhone X's A11. Now all this (including Huawei's Kirin processors) might push Qualcomm to showcase the Snapdragon 865 early believes one source. 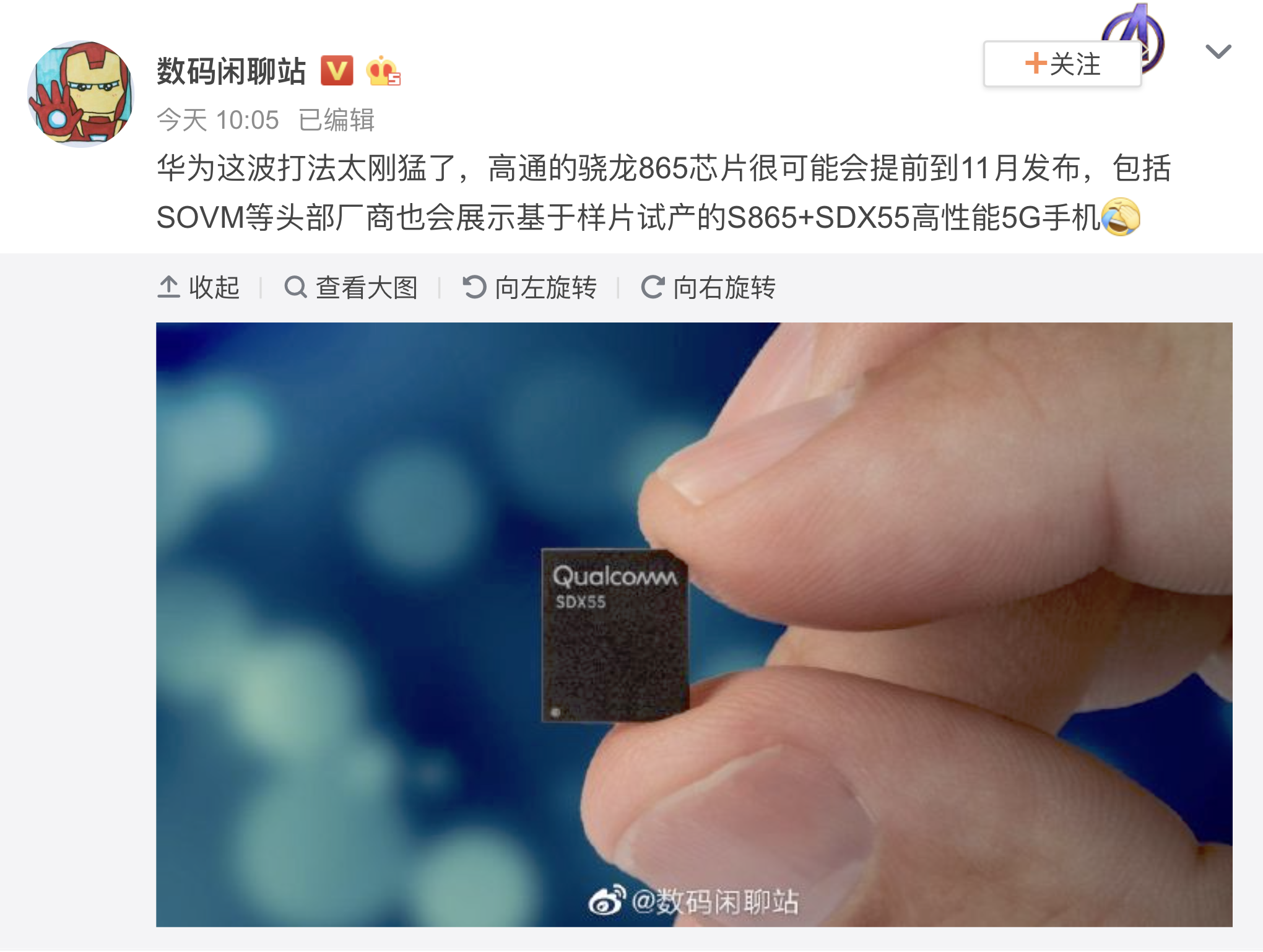 According to Digital Chat Station on Weibo, Qualcomm will launch the Snapdragon 865 early this year, in November, in order to keep up with Huawei. Naturally since the report is from China, a certain amount of favorable bias in regards to Huawei is to be expected. But, Qualcomm's relationship with Chinese customers is different from the manner in which the company interacts with their American counterparts. In China, Qualcomm regularly promotes local smartphone manufacturers using company's products and actively engages the public through social media channels.

On that note, today's report also suggests that Samsung, Oppo, Vivo and Xiaomi will showcase early prototypes running the Snapdragon 865. This neatly falls in line with Qualcomm's Chinese strategy, as the San Diego based chip giant is facing stiff competition from Huawei. However, we're yet to see any leaks related to the Snapdragon 865's performance parameters, particularly with regard to core cluster frequency. As time passes, these details should become clear.

In the meantime, stay tuned and let us know what you think in the comments section below. We'll keep you updated on the latest.

iPhone 12 5G Launch Might Not Happen in September, Hints Qualcomm