Well well well, the upcoming 22nd Nvidia Launch just got potentially more exciting. We have received independent confirmation of the Nvidia Quadro M6000 via a highly reliable source: Driver Updates. This particular card was first spotted some time ago in the TechPowerUp GPU database and now its presence in drivers more or less confirms it nearing launch date. Mentioned also is the Quadro K1200 which I assume is a low end Kepler refresh of the Quadro Series. 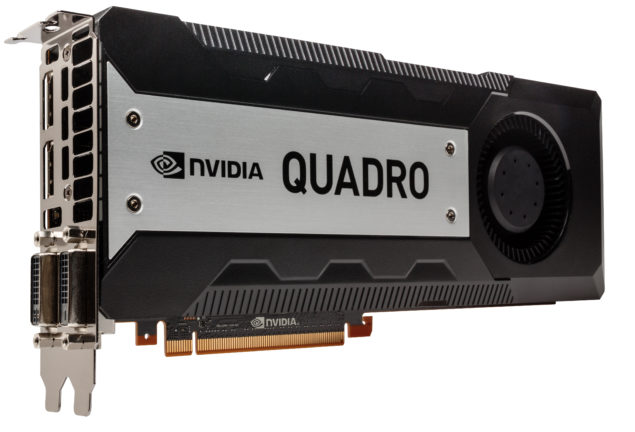 We have been waiting for big daddy Maxwell aka GM200 card to arrive for quite some time now and it looks that is going to happen pretty soon.  Nvidia has the 22nd January event coming up and unless I am very much mistaken, it will unveil its Quadro Flagship as well equipped with the GM200GL core. The INF update in question can be found over at LaptopVideo2Go and here is an extract of the relevant portion:

Now you might recall the specifications that appeared on TechPowerUp some while back. Well, if you remember  the device ID, it was 10DE-17F0, the same device id now depicted in this update. This pretty much confirms the card existence and indicates that consumer samples are being prepared (if not already). If the GPUZ tool was reading the core correctly then the following are the specifications of the GM200 GPU:

The GM200GL core rocks 3072 CUDA Cores in total with a nice 384 Bit Bus Width. Seeing Nvidia's past trends that comes as a welcome relief. Since the card has a 348 Bit bus width it will have 96 ROPs. Maxwell architecture is layed out differently to Kepler and 96 ROPs equate to 192 TMUs on the die. For those wondering, we can now safely name the core of the Quadro M6000 because of id verification present at PCI Devices.

The specifications do look pretty epic, however at first glance it’s hard to tell whether this is the fully enabled version of the GM200 core although I am pretty confident that it is. The x000 nomenclature in Nvidia's Quadro have usually been reserved for the full cores, where the K6000 and K5000 are obvious examples, this leads us to believe that the M6000 is no exception. Lets talk a bit about this elusive Quadro K1200 now. I did the basic Google search on this card and it turned up almost nothing. Which means that we are looking at a brand new offering. I was able to find a recently deleted page that listed specs but they weren't pretty. From the looks of it the Quadro K1200 is a super low end GPU (for the Quadro series) that rocks just 2GB of GDDR3 Memory. The 'K' prefix indicates that the card is a Kepler variant and most likely Nvidia milking the proverbial refresh cow one last time. If you want to try your luck in recovering this deleted page then the product in question is Leadtek Quadro K1200.