The official cancellation of Silent Hills was a very hard blow to fans of horror games all over the world. The game directed by Hideo Kojima in collaboration with Guillermo del Toro was incredibly promising, but the problems between the creator of the Metal Gear series and the Japanese publisher prevented the game from being released. Thankfully, a new horror game clearly inspired by P.T. and the Silent Hill series is going to be released soon, so fans of the horror genre will have something to play in the future. 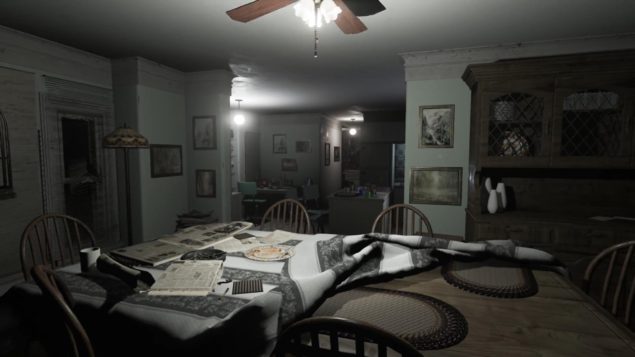 The new game, which is called Visage, is setting out to be quite successful, considering how quickly it got funded on Kickstarter. The funding campaign is still going strong, with another stretch goal getting unlocked in the past few hours, meaning that Visage will also release on PlayStation 4 and Xbox One. The next stretch goal, VR support, is around $5,000 CAD away from unlocking so make sure to support Visage if you want to see more features getting added to the game.

Visage is going to be a psychological horror game set in a huge house where terrible things have happened. Players will have to wander through gloomy corridors, explore rooms and learn more about the lives of the dead families that have lived in it.

The game takes place in a secluded town in the 1980s. The house you are in has been there for centuries, and its foundations never seem to decay. Dozens of families have lived here. Many of them died brutally, while others lived their lives placidly in their beloved home. Is there something triggering inevitable deaths, or is it pure coincidence?

Visage will be released next year on PC, PlayStation 4 and Xbox One. More on the game will be coming as more stretch goals are reached so stay tuned for all the latest news on this very interesting horror game.