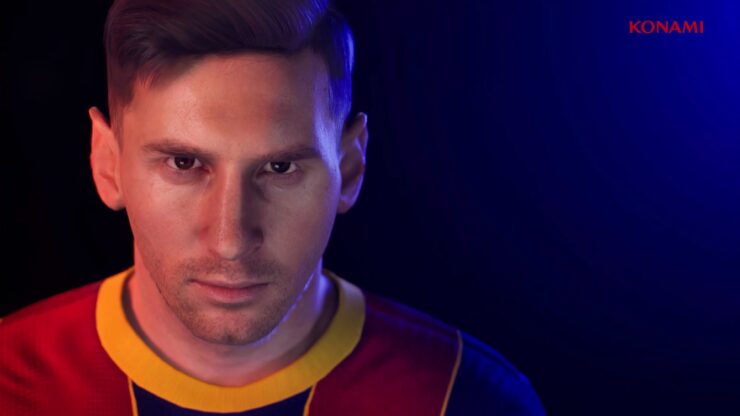 Konami's Seitaro Kimura, producer on the eFootball PES series, commented on the PS5's 'incredibile' performance and the photorealism goal that the development team is pursuing for PES 2022 in an interview published on PLAY magazine (issue #2).

I think it is important to be able to experience the excitement and sense of accomplishment that football has, in the game. Not to mention being able to play games in photorealism…

The performance of PS5 is incredible, and while benefiting from it, we have faced many challenges and feel that we are steadily approaching ‘the next level’ step. However, no matter how good the performance of PS5 is, there are various restrictions, and therefore, I think it is an extremely difficult road to reach ‘the next level’. This is because the ‘photorealism’ we aim for is exactly the reproduction of the real world itself.

This includes atmosphere of the stadium and the enthusiastic supporters, the players’ passionate facial expressions, the texture of the skin and hair, and detailed movement of their muscles and sweat. Even the seams of the uniforms.

In my opinion, it’s about recreating the real world itself, The general definition would be reproducing a live-action expression, however, that alone can lead to an inorganic and imperfect world. We believe that ‘photorealism’ will be completed by adding various ‘elements’ to impress users. Users know what the players look like, they’ve seen the enthusiastic supporters, and they’ve felt the atmosphere of the stadium. Therefore, the ‘virtual deception’ is much harder. However, this is the exact reason why we feel the challenge in this field is worth it.

As you might recall, Konami has chosen to switch engine for PES 2022, moving to Epic's Unreal. In the interview, Kimura pointed to a few examples of how Unreal has already helped the development process.

One specific example is that with Unreal Engine, designers can take on various tasks without programmers’ help by using Blueprint. By doing so, we believe that we can improve the production speed, improve the skills of individual designers, and receive many other benefits.

There's no concrete info on PES 2022 yet, but it's supposed to be the first next-gen entry in the franchise, which means it'll be available for PC, PS5, and Xbox Series S|X at the bare minimum.

We may learn more later this Summer, when Konami is expected to provide updates on its upcoming projects.