Following the incoming US and Japanese price-cut, Sony might well be dropping the price of the PS4 and several bundles in Europe as well.

Dutch retailers have started advertising the PS4 and several bundles with a € 50 price-drop. According to the ads, the PS4 500GB will start at € 349,99, while the 1TB Assassin's Creed bundle is being offered for just € 399,99. This bundle will also include the recently released Uncharted: Nathan Drake Collection. 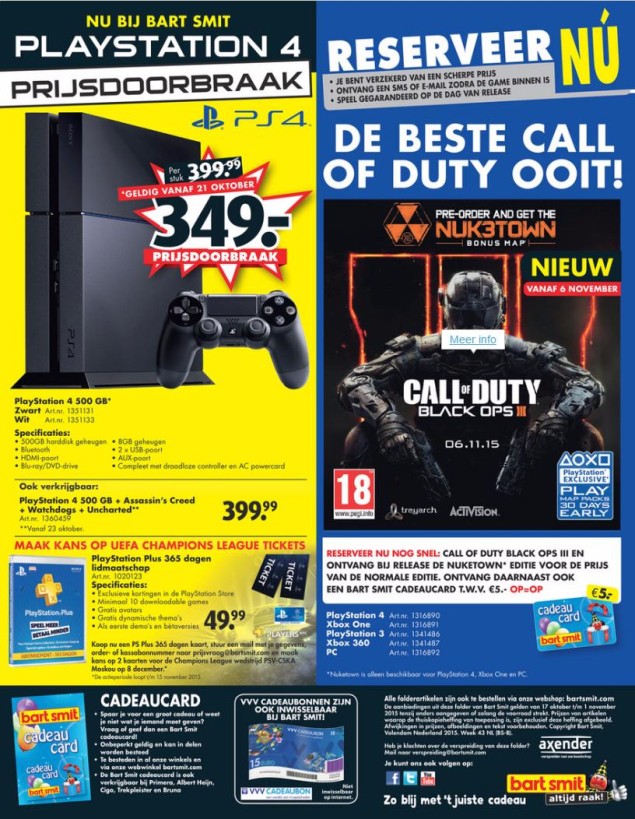 The advertisements, mention a starting date of October 21st. On Neogaf, user MauroNL hints at an official announcement during the Paris Games Week. 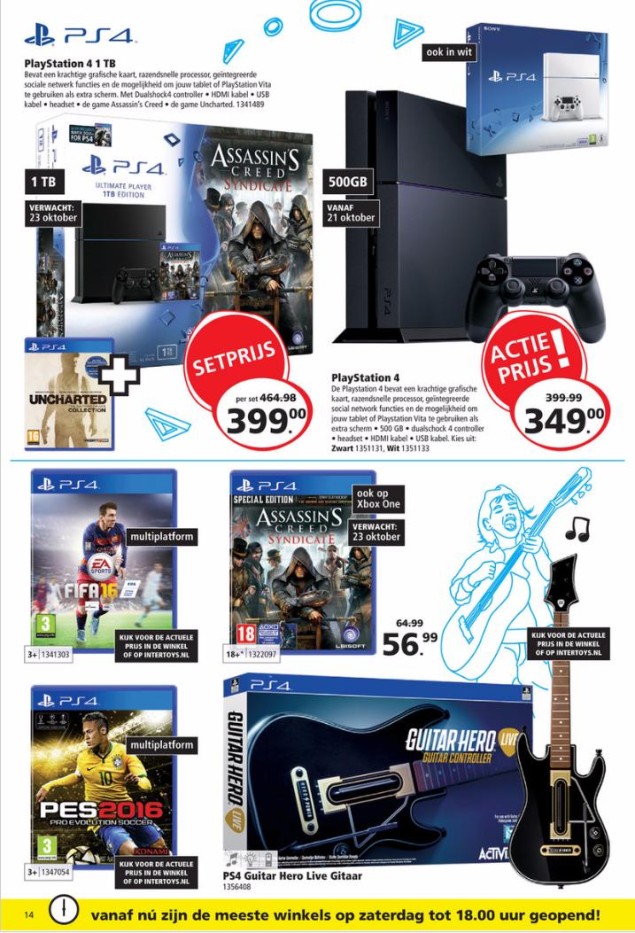 French retailers have also started advertising the PS4 with a lower starting price, as can be seen in the image below. 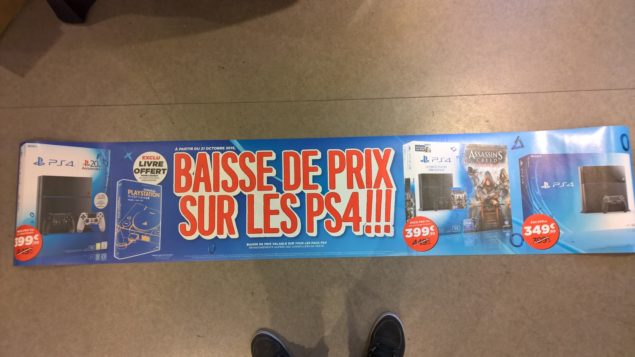 Sony announced an official US & Canadian price-cut a few weeks ago. Through the price drop, Sony is probably looking to increase sales the coming holidays. Although the PS4 has been selling extremely well over the past year, Sony’s 1st party line-up is a little thin this year. Even Sony’s Yoshida called the PS4 sales “ironic in a sense”.

According to Sony, their goal at Playstation  has always been to provide the best gameplay experiences at the best value, and they feel the new compelling price will open the doors to even more gamers that have yet to purchase a system.