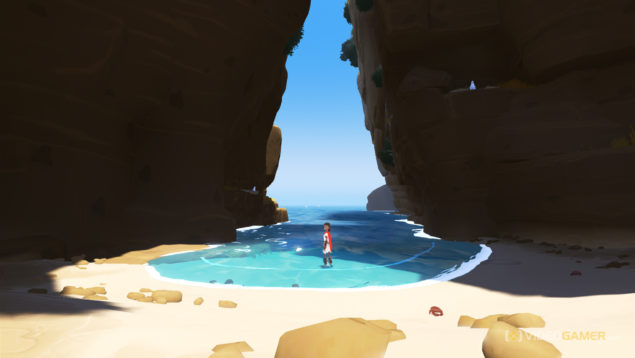 Rime was first shown off during Sony’s 2013 Gamescom press briefing. During their press conference at Gamescom 2014, Sony revealed a new trailer for the PS4 exclusive. Since then both Sony and developer Tequila Works, have been rather quiet about the game.  Recently I learned that Tequila Works' small studio shut down. Luckily the game's former level designer, Fredrik Henriksson told me that Tequila Works is working hard and development on the game is still underway, according the game's official Twitter account.

The game will involve no combat as the title revolves around a little child. In an interview with website Polygon, Rime’s creative director Raúl Rubio Munárriz stated:

I can tell you that there is no combat. That was something that was intentional from the beginning. Your avatar is a little child. It makes so no sense for you to find a legendary sword or whatever and then start killing monsters. There are very good games that do that but Rime is not one of those. We wanted to make Rime more personal. Something that is general enough that anyone can enjoy it as a tale, a fable or a rhyme but is also deep enough that it can be personal and can touch you deep inside you.

The game will not include any other human characters, apart from the game’s main character. According to Rubio The Island itself plays a vital part in the game, and the team doesn’t look at the game’s story in terms of NPCs giving out quests.

The island itself is a character. The ambition was always that the island would tell the story. It is reacting to your presence. The seagulls and boars react to your presence because you shouldn't be there. You are a trespasser. 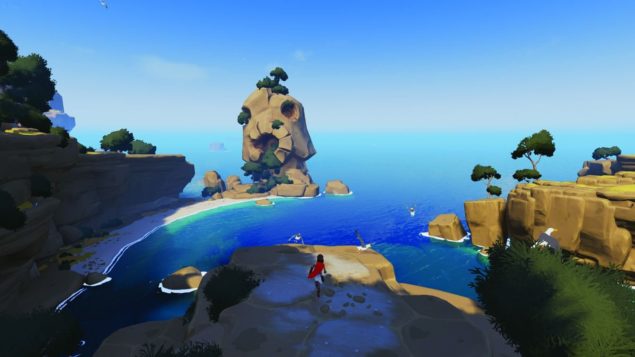 The Island, visual guidance and 'mood' in the game

So while the game won’t include any other human characters, the island itself actually seems to be one of the NPC’s that is mentioned on lead designer Andersen’s Linkedin resume. Apart from puzzles that need to be completed, the game is said to involve objectives that our main character has to complete in order to progress. If Andersen’s resume is to be believed, visual guidance will also play a role in the game. Perhaps the animals in the game will play a role in guiding the young boy on the Island by demonstrating how a certain puzzle can be solved. 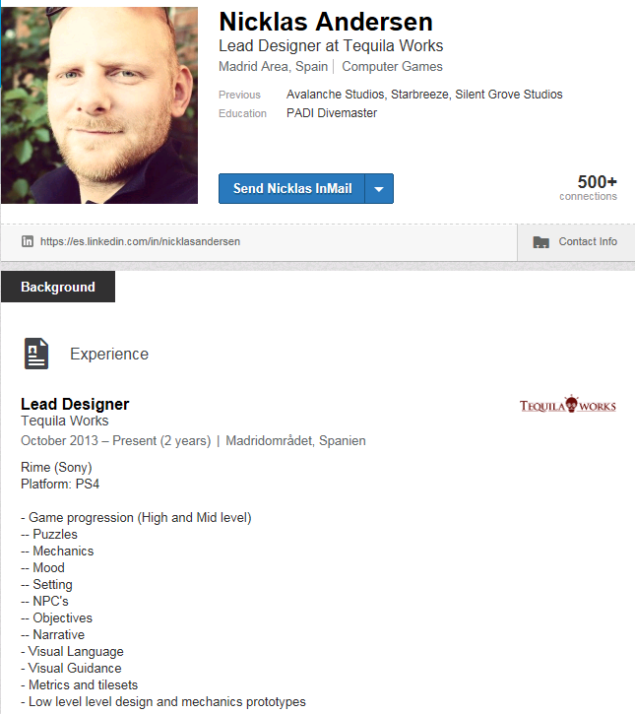 The term ‘mood’ also seems to play a role in the game. When hearing the term, I instantly think about moral choices that can be made within a game that influence the game. However since Rime focuses heavily on emotion and surrealism, the term ‘mood’ might well refer to a certain mood that the player is experiencing while exploring the Island. In the interview with Polygon, Rubio said:

This is not a game about black and white. It is not about good and evil. We are trying to play with what the player takes for granted. This is a puzzle adventure game but that doesn't mean that you are going to enter houses and start gathering stuff. I see this environment, it is beautiful, but something is wrong. Who built this?

I’m truly hyped for Rime and can’t wait for new details to be released. Hopefully we’ll get a release date next month during the Paris Games Week. Earlier this year developer Tequila Works and Sony’s External Development Studio Europe (XDEV) confirmed that the game is in a playable state. Sony has a “master-plan” for it however.