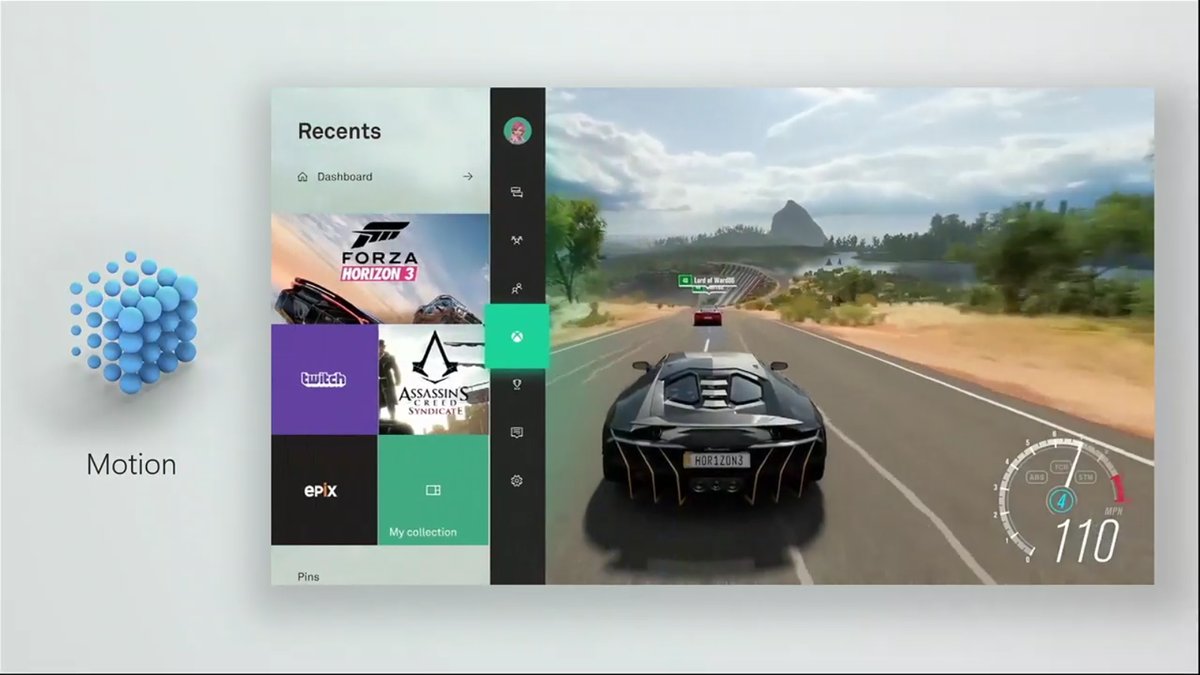 The new Motion Fluent Design interface for Xbox and Windows 10 has been shown off by Microsoft at Build 2017, and this UI might very well be used on Project Scorpio as well.

As said, Microsoft showed off its new Fluent Design System during its annual developer’s conference in Seattle, Washington. Known previously as ‘Project NEON’, the new universal interface was shown running on Xbox One and Windows 10. Down below you’ll find Microsoft’s description for the Fluent Design System:

This Year You Can Attend Microsoft Build Event Without Paying $2,395 – Registration Link Is Live

An eloquent design system for a complex world

Now’s the time for bold, scalable, universal design. This is a transformation. A step into the future of sensory experiences. The world is at our fingertips – join Microsoft in building a design evolution.

A rapid evolution is underway in user interfaces. The spectrum of dimensionality expands from zero to four. We speak, type, ink, touch, and gaze. We’re engaged and immersed. We’re surrounded by devices, interactions, and experiences. To translate across dimensions and contexts, we need to solve for a sensory digital world, and be fluent in our designs.

We’re a diverse community of creators. Let’s collaborate and build Fluent Design together. We want you to create, produce, code, and perform like you mean it. To transcend your medium and share your fluency with the world.

These are our foundational elements — the moments that will make our designs perform beautifully across devices, inputs, and dimensions. This is how we build the next era of Windows.

Light has a way of drawing our attention. It’s warm and inviting; it’s fluid and purposeful. Light creates atmosphere and a sense of place, and it’s a practical tool to illuminate information.

Think about the frame that contains your information. Now break it apart, and reinvent how things relate to each other within a more layered, physical environment. This is how we’ll keep people in their flow – by giving them more space.

Think of motion design like a movie. Seamless transitions keep you focused on the story, and bring experiences to life. We can invite that feeling into our designs, leading people from one task to the next with cinematic ease.

The things that surround us in the real world are sensory and invigorating. They bend, stretch, bounce, shatter, and glide. Those material qualities translate to digital environments, making people want to reach out and touch our designs.

The industry lives and breathes 2D design. Now’s the time to expand our toolkit for more dimensions. We’re scaling our design system from 0D to 3D, inviting innovation across new forms. And we’re looking to you to help us imagine this new world.

We’re at a precipice. Our digital world is prolific and complex, and building the future of design means creating effortless, natural experiences. As technology continues to evolve across dimensions, we’re here to define those captivating moments. Let’s make the future fluent.

The Fluent Design System is Microsoft’s vision for the future of interfaces and will be used as an universal interface across all Microsoft devices and systems, including Windows 10, HoloLens, and Xbox.

Based on this cohesion, chances are high that interface design will also be used for Microsoft’s upcoming Project Scorpio. As reported back in February of this year, a Microsoft engineer revealed to be working a new "Motion" design language destined for Project Scorpio, and as reported by Windows Central, sources close to Microsoft confirmed that the Scorpio will use the same ‘Motion’ design language as Windows 10.