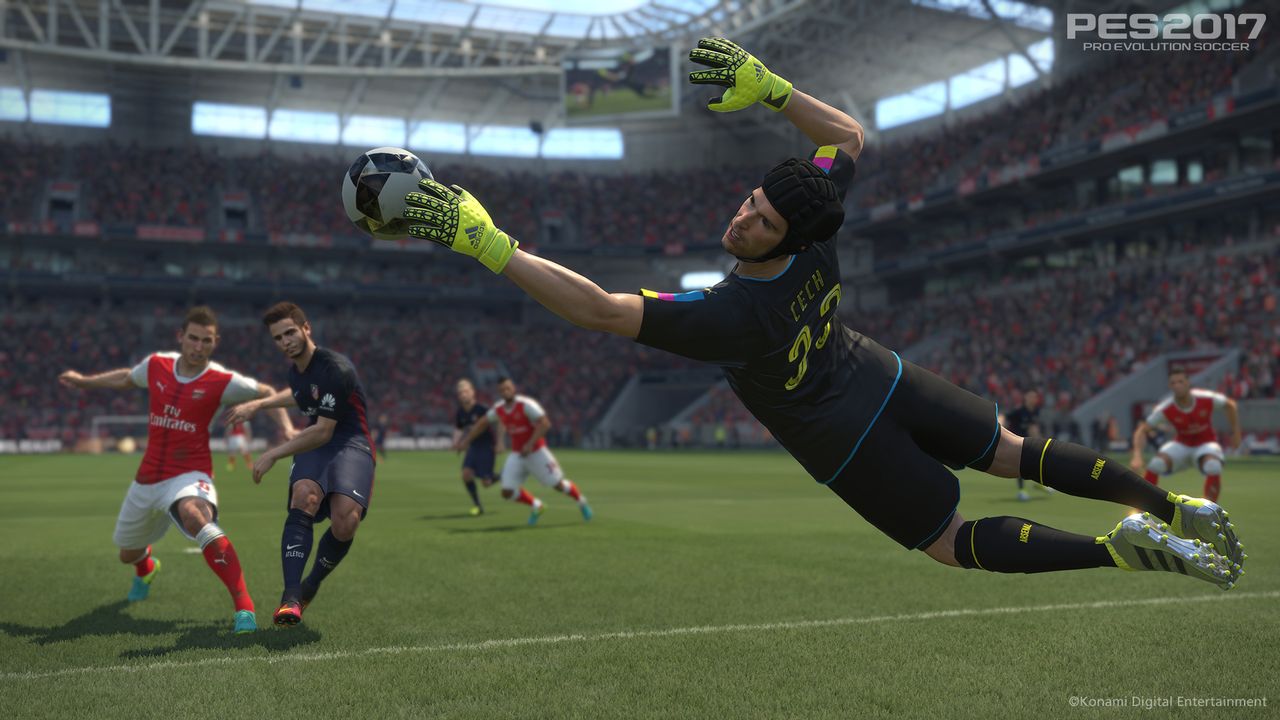 Pro Evolution Soccer 2017, the new entry in the series developed by Konami released a while back in all regions on PC and consoles, has recently received a new update on PlayStation 4 which introduced the already announced PlayStation 4 Pro support.

The Pro Evolution Soccer 2017 PS4 Pro update aren't exactly clear on the enhancements, as they just mention the addition of PlayStation 4 Pro support, but a few users on the PlayStation 4 subreddit have confirmed a variety of improvements, such as better lighting and smooth frame rate.

Changes are as follows:
Game support for PlayStation®4 Pro in 4K.

Man it looks so nice. Lighting is better, pitches are a nicer green and replays look stunning. I was happy before now I'm ecstatic!
Smooth as silk 60fps also helps!

Precise Pass – Combining Real Touch and real ball physics, passing is an art form in PES 2017. Many factors determine the speed and accuracy of the ball. The pass that is made on the best situation and timing will generate a perfect trajectory, creating a great satisfaction when a killer pass is made.

Total Team Control – Users can instantly change the attacking and defending mentality of the team, which can be tweaked and carefully controlled with simple controls, being able to immediately react to the unpredictability of the sport.

Adaptive AI – For the first time in a football game, the AI will learn how you play! Player and team behavior has always been a staple of the PES series, and for PES 2017 Adaptive AI will change sports games forever.

Pro Evolution Soccer 2017 is now available on PC, PlayStation 4 and Xbox One.