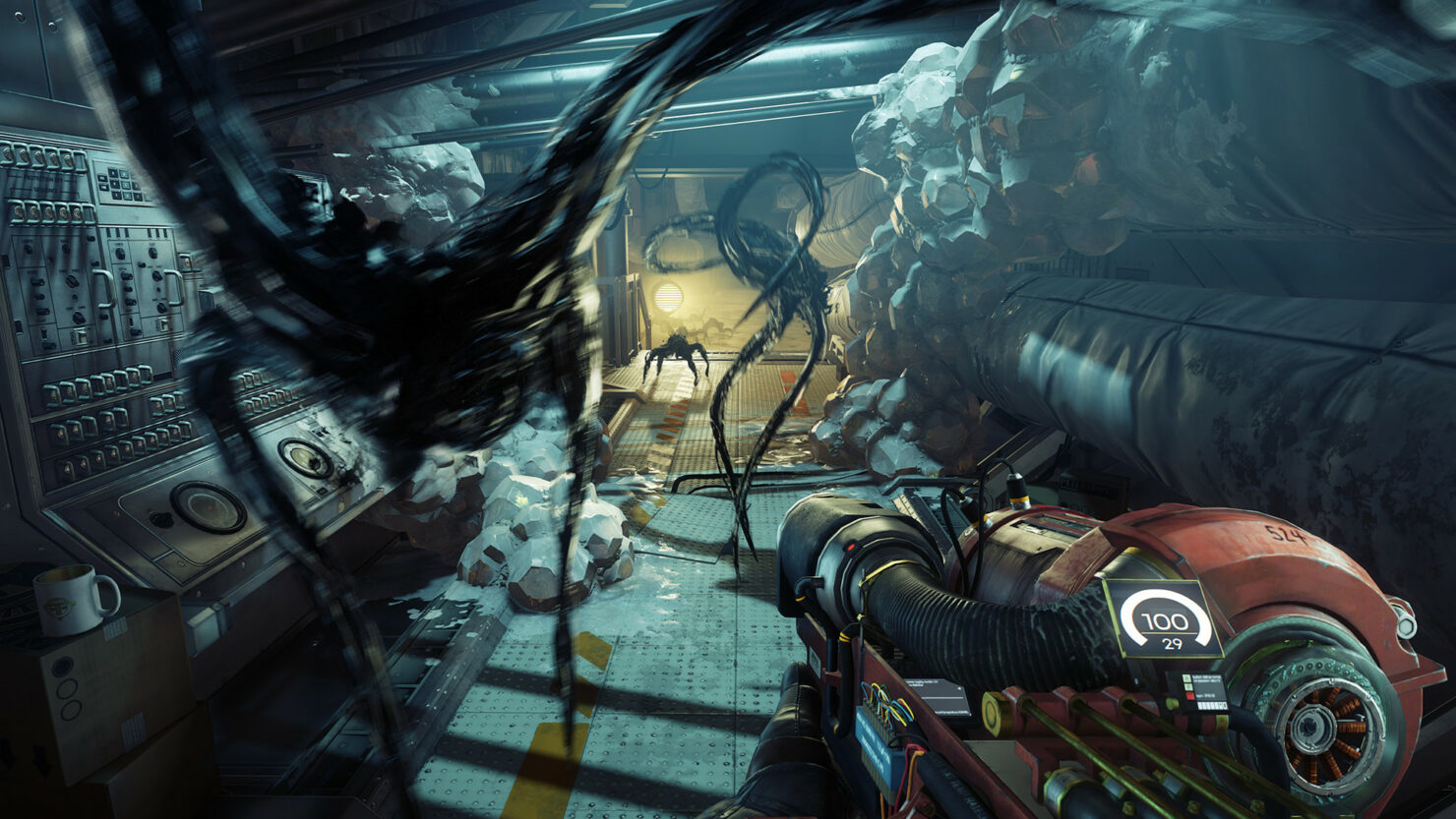 The game is far smoother with the previous driver (381.89). Roll back from the new NVIDIA driver release (382.09) until the stuttering issue is fixed.

After Dishonored 2's initial PC performance woes and the lack of a proper PC demo for Prey, there were concerns about the performance of Arkane Austin's game (available now on all platforms).

Having been able to play the game since earlier today thanks to a press copy, I'm happy to report that you can stop worrying and the developers delivered on their promise. In fact, with a configuration powered by an i7 6700K CPU and a GTX 1080 GPU I was able to play smoothly at 4K resolution with max settings, partly thanks to my G-SYNC display which provides an even better experience than captured footage can show you.

You'll need an SLI/CrossFire configuration (which reportedly works already, something that's not really a given with recent PC games) or a GTX 1080Ti to get locked 60FPS at 4K, of course, but that's no news to PC gamers. The CRYENGINE technology, coupled with Arkane's skilled artists, also delivers some amazing graphics here. While Prey probably won't win any awards in this category, it's a damn fine looking game.

Prey even supports Ultrawide (21:9 aspect ratio) monitors out of the box, if you own one of those. There isn't an FOV (Field of View) slider option in the graphics settings for the time being, but you can tweak it by opening C:\Users\[account name]\Saved Games\Arkane Studios\Prey\game.cfg and adjusting the value of cl_hfov to your liking. Don't forget to set the file to read only state, in order to make sure the game won't overwrite your tweak.

Most importantly, though, I can already tell it's special for its captivating atmosphere and brilliant gameplay. While this is far from a review given that I only played a couple hours, it's already apparent that Arkane's streak after the two Dishonored games is destined to go on with this one. Even though 2017 could be the best year in gaming in the last ten years, I can already see Prey as a Game of the Year contender.

This isn't a traditional shooter. While the comparisons with Bioshock aren't completely unwarranted, Arkane's Prey actually harkens back to older games like System Shock and Arx Fatalis where emergent gameplay was the star of the show. Progress is far from linear, with almost the entire Talos Station available to explore from the very beginning. Not only you may choose the order of objectives, but also how to reach them and how to overcome the obstacles thanks to the incredible amount of options provided to the player.

There are multiple solutions for everything, essentially, which means that everyone will play a very different version of the game. You may help the few survivors or kill them The developers stressed how multiple playthroughs will be needed to uncover all the secrets, unlock all the powers and from what I've seen so far, they are right.

I'm also happy to report that the input lag noticed in the Opening Hour demo on PlayStation 4 is completely gone, at least on PC. This alone makes melee combat with the trusty wrench much more satisfying.

It feels like the hype around this game is lower than it should be, honestly. That's certainly not because of the developer, which delivered two memorable Dishonored games in a row, but due to Bethesda's cancellation of Human Head's Prey 2 and, just yesterday, their decision to enforce the trademark over indie team No Matter Studios. It's fine to dislike those actions, but it should be clear that the game itself is hardly something to be overlooked.

Check back soon for our full review.