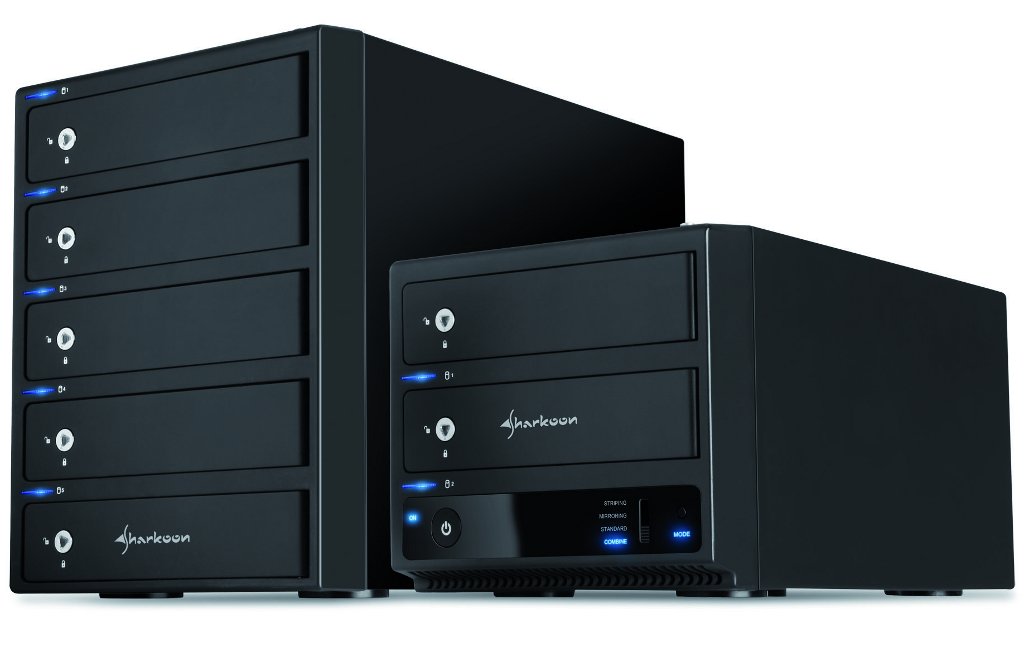 The Sharkoon 2-Bay RAID Box offers room for two lockable Hot Swap bays for 3.5 inch SATA hard drives and each holding upto 3TB Storage Capacity. The data can be operated in either RAID level 0, 1 or JBOD. You can switch the modes from button located at the front of the case. There are Blue LED's on the case which makes it easy to navigate through  data transfer and the selected RAID mode. There's a 70MM fan located at the back which provides cooling. The Case also offer USB 3.0 for external connectivity. The dimensions of the case are 215 x 130 x 120 mm (L x W x H) and weighs 1926 grams. The case is bundled with instruction manual, power cable, USB3.0 cable and two keys.

The other model - Sharkoon 5-Bay RAID box comes with larger storage capability supporting upto 5 3.5 inch SATA bays. while the integrated RAID controller offers 0, 1, 3, 5, 10 and JBOD modes. Unlike the Sharkoon 2 the case has a configuration switch on the back side to change modes. The case being bigger needs better cooling which is made possible by 2 60mm fans locate in the back. You can externally connect device through the e-Sata and USB 3.0 ports. Dimensions of the case are 265 x 130 x 185 mm (L x W x H) and weighs 3470 grams. The case is bundled with an e-Sata cable along with other items from Sharkoon 2. 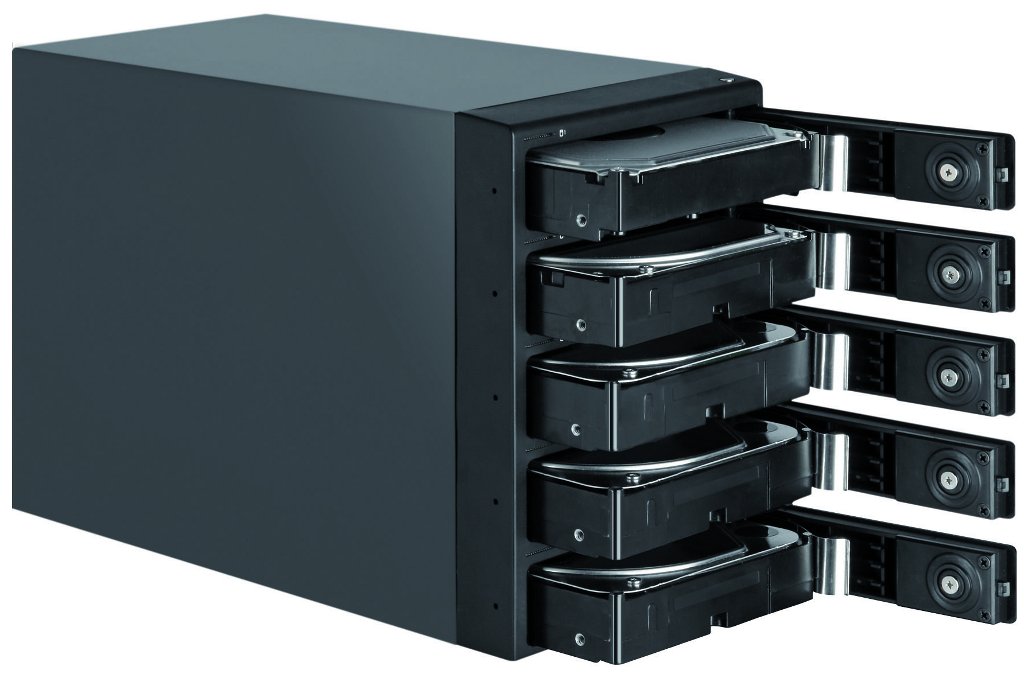 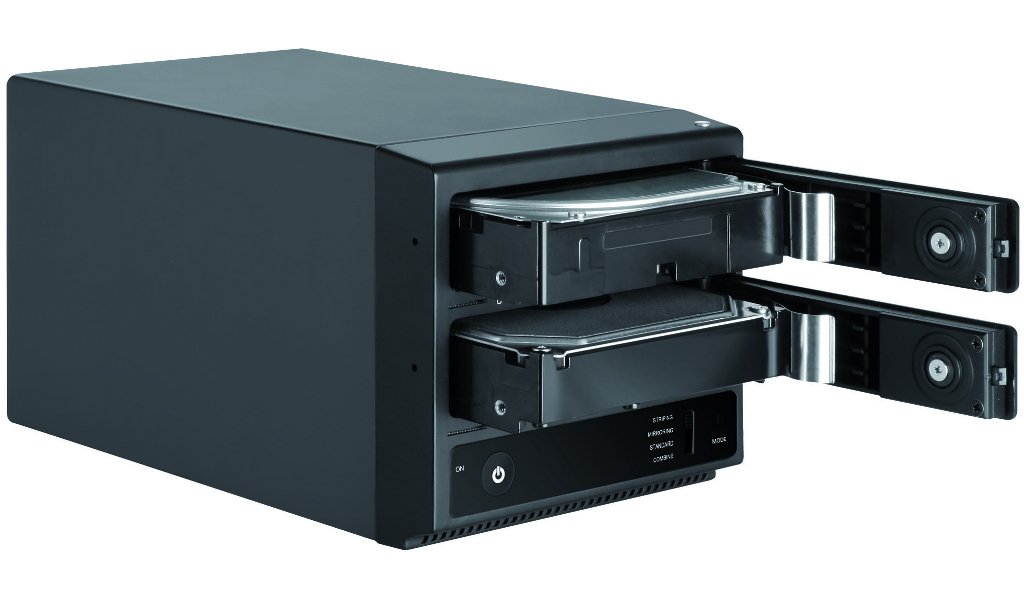 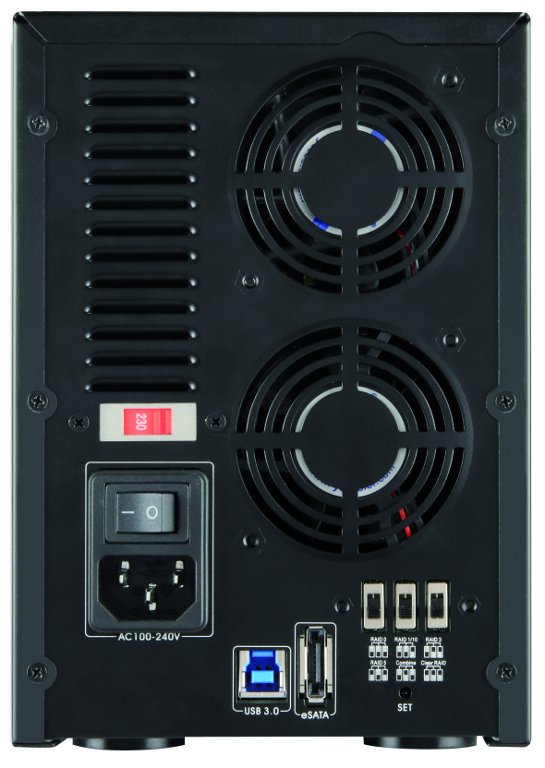 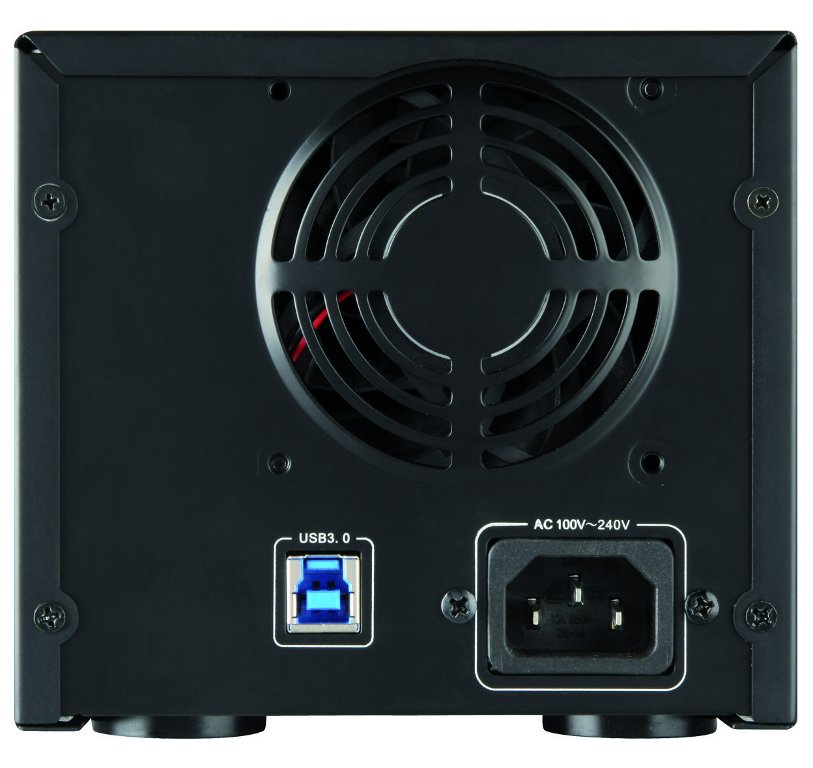 For more info, Go to Source