Powercolor Teases The Fiji Based Radeon R9 Graphics Card – Made For 4K Gaming, Already Giving Away 2 Cards For Free

AMD's next generation Radeon R9 graphics card which will be based off the Fiji graphics processing unit has been teased once again as spotted by Videocardz. While the previous teaser was posted by AMD in an official roadmap that gave us a first glimpse of the liquid cooled card, this second tease comes from AMD's major AIB partner, Powercolor who have displayed a slide to announce a new giveaway that includes two unreleased high-end AMD graphics cards. 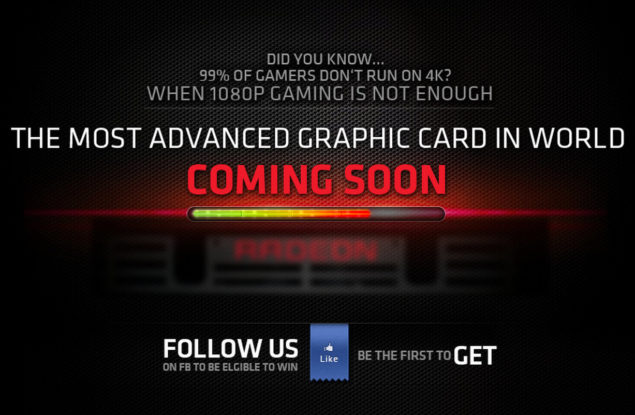 Well this news doesn't explain much aside from confirming a few things. First of all, the launch date which has been pointed towards June for some time now. Last month, AMD officially confirmed during their Financial Analyst Day that they will have their new Radeon lineup ready for launch in a few weeks. This pointed a launch in late Q2 and this was narrowed down to June since two of the biggest consumer events where AMD will show their presence actively are going to be held that month. These include Computex 2015 and E3 2015 and while E3 may not make sense for a PC graphics manufacturer to launch their latest cards, AMD in specific are hosting the first E3 conference in collaboration with PCGamer who will be presenting a conference solely for the PC platform. The presentation will see several PC exclusive developers who will be at the event to discuss the future of PC gaming and announce new titles for the specific platform.

Now moving towards the original news, Powercolor who is one of the major AIB partners of AMD based in EU and APAC are holding a giveaway where they are going to give two lucky fans a chance to get a brand new High-End graphics card for free. When we talk about "High-End", we can only  point to the Fiji GPU which is AMD's next flagship graphics processing unit. There are several reasons to believe that this is the highly anticipated flagship graphics card we have been waiting for as the teaser mentions that the product is yet to be released and is the most advanced graphics card in the world. We can see AMD using the same "The Most Advance Graphics Card in the World" line which NVIDIA used for their Maxwell architecture. While Maxwell is the best thing of its time, the upcoming Fiji will introduce some revolutionary changes to graphics design by being the first card to implement HBM (High-Bandwidth) Memory and the first single chip graphics card to offer a premium liquid cooled solution.

As seen in the teaser, the card is similar to the render teased by AMD last month. Although AMD has removed the picture from their roadmaps, we had enough material gathered to make some comparisons. First of all, the card shown in the render and the current teaser are the same variants. Adopting a design scheme similar to the Radeon R9 295X2, the card features two inlets through which a close-loop pipe solution will run, channeling water through the contact block and pushing it back to the radiator. This solution had a positive affect with the Radeon R9 295X2 which had lower thermals compared to the R9 290 series cards. The card is significantly small and has two Radeon logos etched on the side and front which emit Red LED under operation mode. The card is aimed for 4K gaming as seen in the teaser and AMD is seriously looking to provide high-end competitive performance against the Maxwell based competitors. The specifications for the card are not revealed yet and only speculation exist which may or may not  be true for the upcoming card. Regardless of that, we will see the Fiji GPU up on retail channels in just a few weeks time. You can head over to this link to enter in the giveaway or simply follow Powercolor on Facebook to get a change to win the Fiji graphics card. 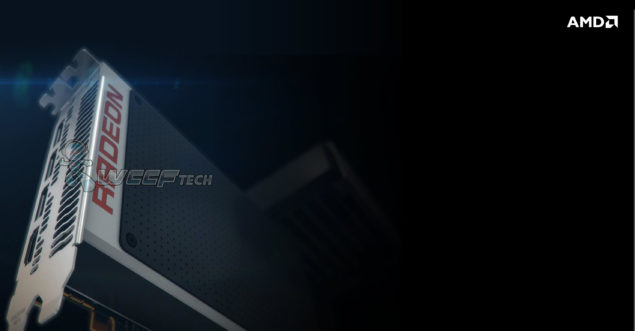