PowerColor is prepearing to set the "Worlds Fastest GPU" record with its newly designed HD 6970 x2 Dual Core Graphics card. While Asus is flaming up the Nvidia side with its Monstrities which include the ASUS Ares Mars GTX 595 and ASUS ROG Matrix II, Colorful decided to pay some attention on the AMD Radeon side. PowerColor would be releasing new 6970 x2, 6870 x2 and a few other variants as a part of its Dual Core HD custom graphics card.

The card uses a damn good cooling design featuring a large aluminum dense heatsink array fitted with Pure copper heatpipes which dissipate heat from the core and cooled down by two fans of different dimensions on top, The GPU covers a good 3 connectivity slots and can allow another similar card to be Crossfired. Display outputs include two DVI, HDMI, two mini DisplayPort. Pricing and availability isn't detailed yet. 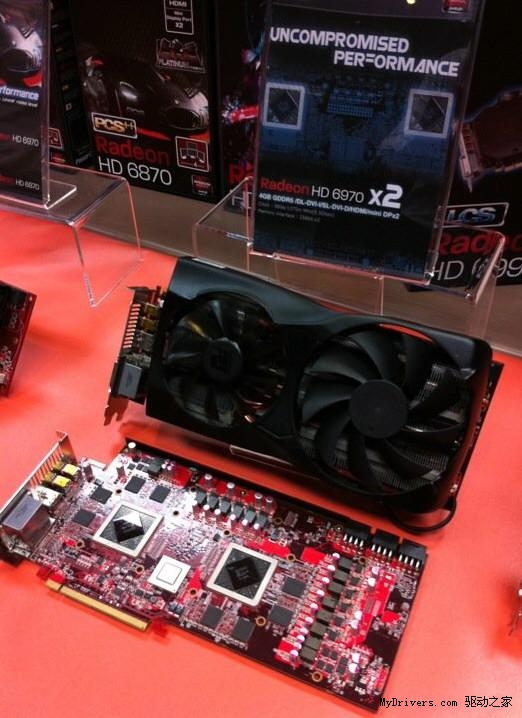 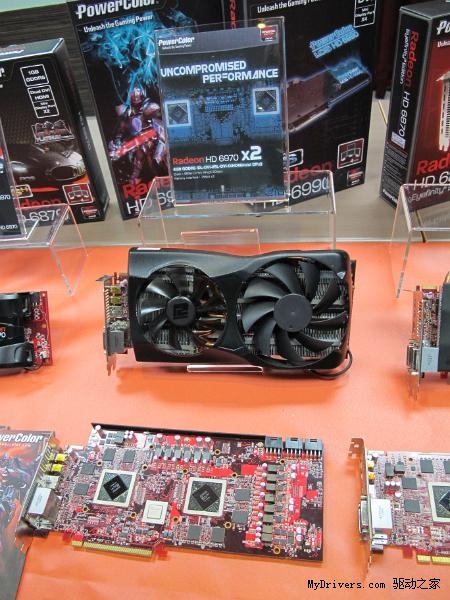 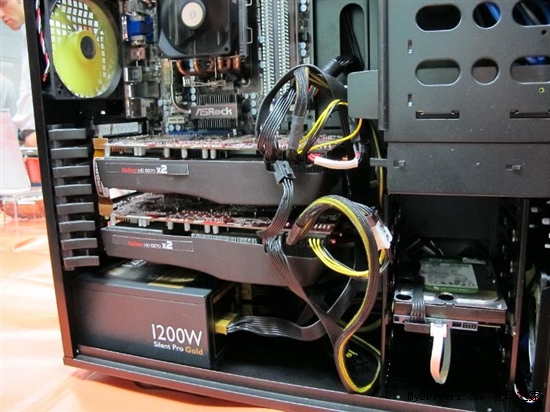 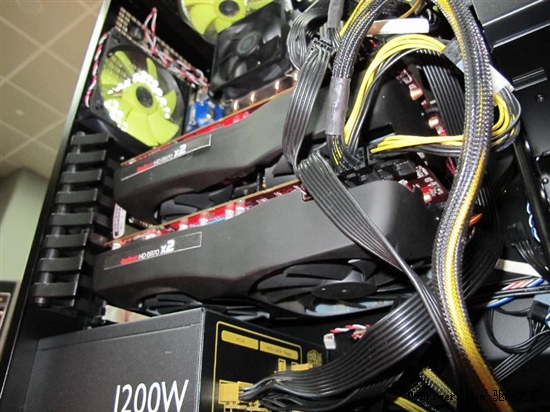