With the launch not far away, AMD partners are busy sending their Radeon HD 6970 samples to reviews. It is inevitable then, that some would actually post pictures of those on the web ahead of launch. Some such pictures made it to site HardwareLuxx.de, which shows PowerColor Radeon HD 6970 in fresh out of its retail box. The card, and the box itself, reveal quite a bit about the HD 6970. To begin with, Radeon HD 6970 (and HD 6950), are high-end single GPU graphics cards based on AMD's new "Cayman" high-end GPU. The HD 6970 is about as long as a Radeon HD 5870 (which it's intended to replace), and retains product design carried forward from the HD 6800 series graphics cards. 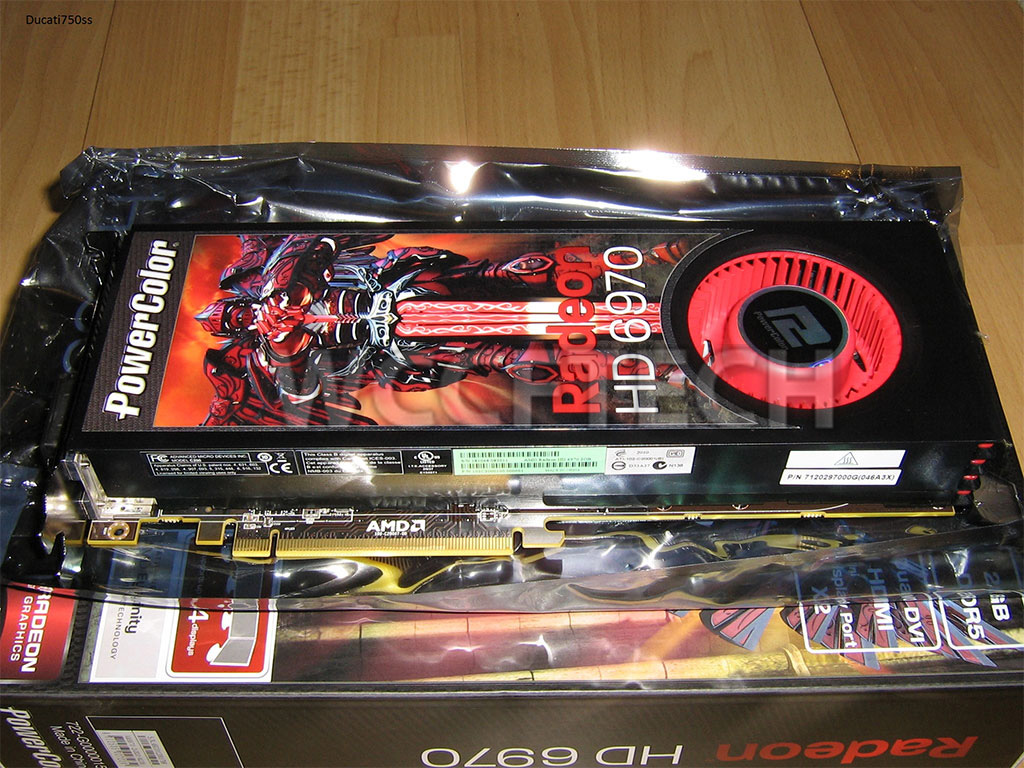 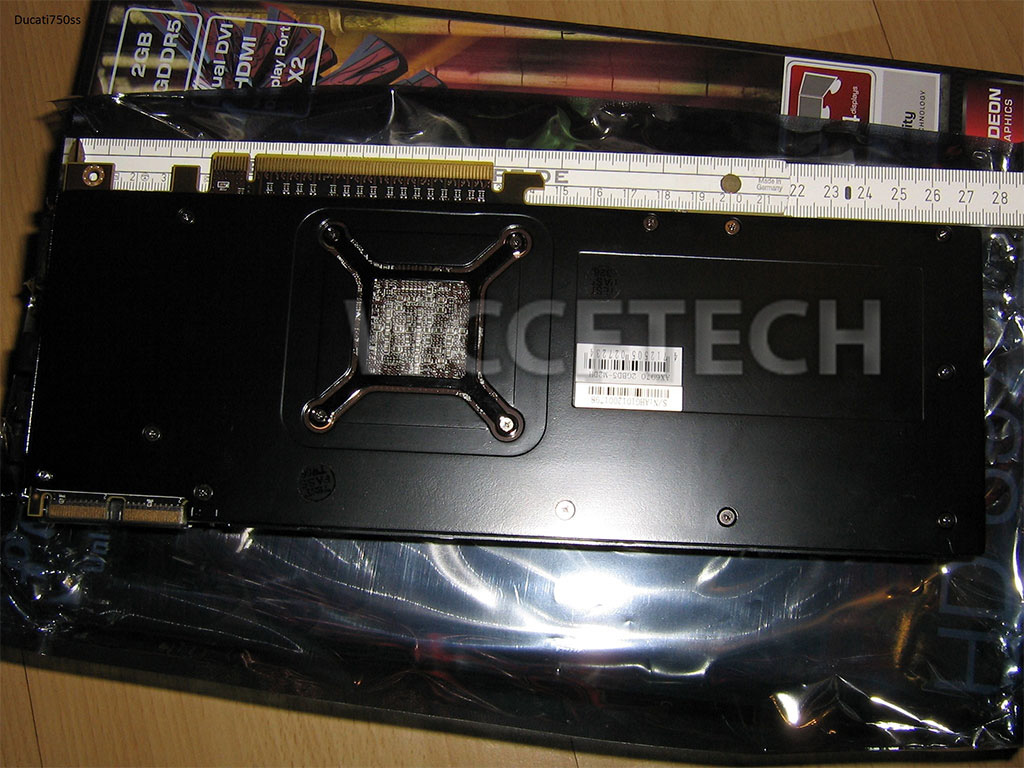 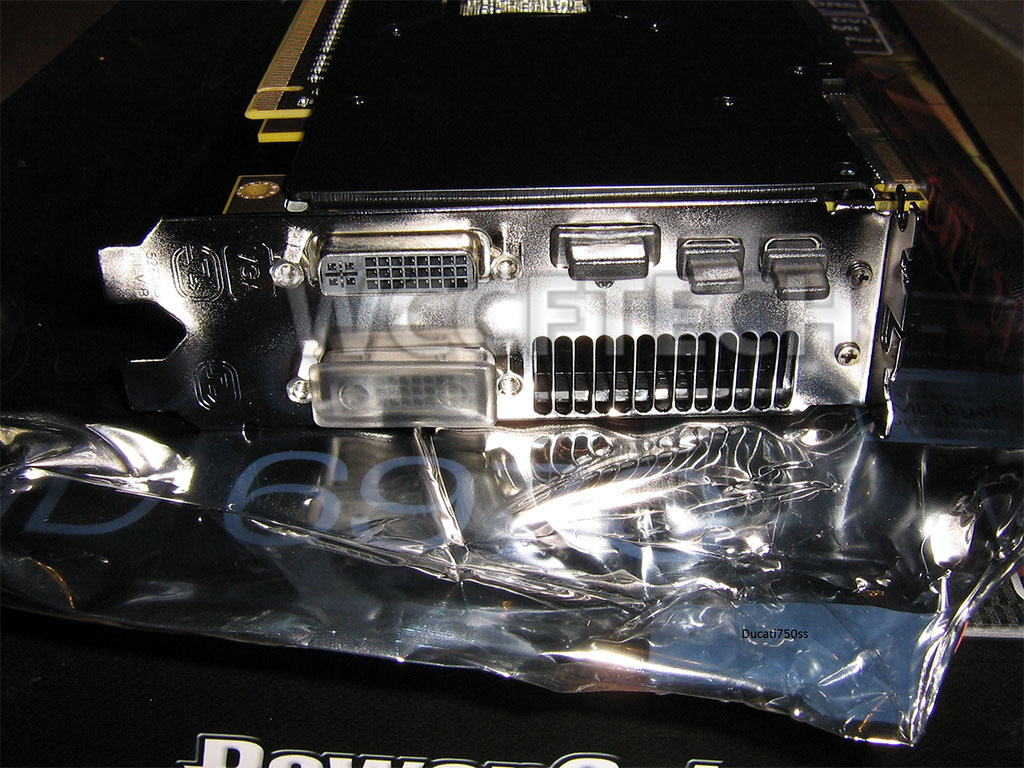 The HD 6970 from PowerColor has a 2 GB of GDDR5 memory. The top side of the card reveals the power connectors: one 8-pin, and a 6-pin PCI-E power; two CrossFire bridge fingers, and a tiny switch. It is rumored that this switch lets users select between two BIOS ROM chips present on the cards; one chip is programmable, and partners can store an overclocked profile, while the other is not programmable, and stores the AMD reference profile. This gives users a nice fallback in case they brick the card with a bad BIOS.

Upon dismantling the red team's card, the PCB reveals many details about the GPU and its board design: 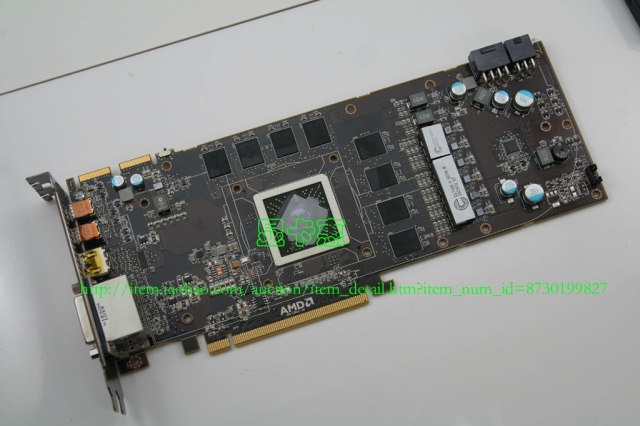 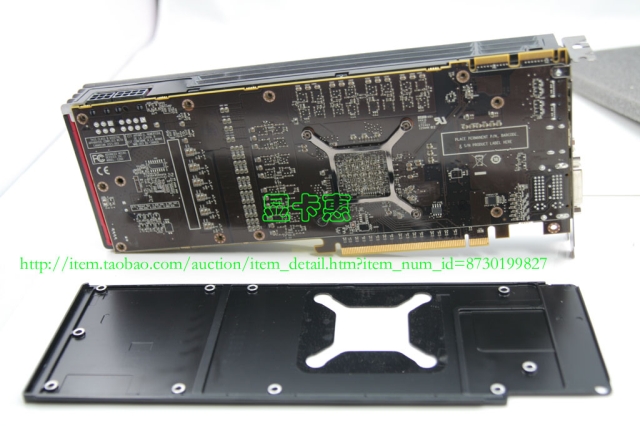