PowerColor is one of AMD's leading graphics card manufacturer and they have previewed their upcoming Radeon R9 290X PCS+ which features a triple fan cooling solution to cool AMD's flagship Hawaii chip. The Radeon R9 290X non-reference models are expected to arrive in the upcoming weeks which will deliver far better cooling and over clocking performance compared to the reference solution. 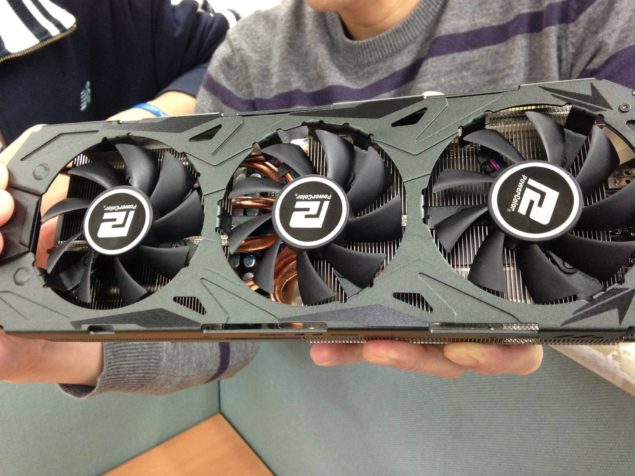 The Radeon R9 290X PCS+ from Powercolor features the flagship Hawaii XT chip with 2816 Stream processors, 64 ROPs and 176 TMUs. It comes with a 4 GB GDDR5 memory buffer operating along a 512-bit bus interface. Power is provided through 8+6 Pin connectors which is the same as the reference variant since the card is still using AMD reference PCB for the Hawaii GPU which is disappointing. Although there are several non-reference variants that are coming in the market next month, only a few of them feature a custom designed PCB that would offer better overclocking and stability to end users.

Clock frequencies haven't been mentioned but expect to see a nice little factory overclock from PowerColor around 1040 MHz for core and 5200/5400 MHz memory clock. Display outputs include Dual-Link DVI, HDMI and a single full length Display port. The only thing attractive about the Radeon R9 290X PCS+ is its triple fan cooling solution which has been detailed below.

PowerColor's Radeon R9 290X PCS+ comes with a dual-slot shroud with triple fan cooling design which push air towards the central heatsink made up of two aluminum fin array blocks sitting on the Core, Memory and Power areas. The aluminum blocks are interconnected with six 8mm heatpipes which dissipate heat from the core and push it out of the card with the air supplied. From the size, the card certainly looks slightly taller than the stock solution and has a nice matte black color theme which was highly appreciated on the ASUS's new Radeon R9 290X with people naming it the Batman card. 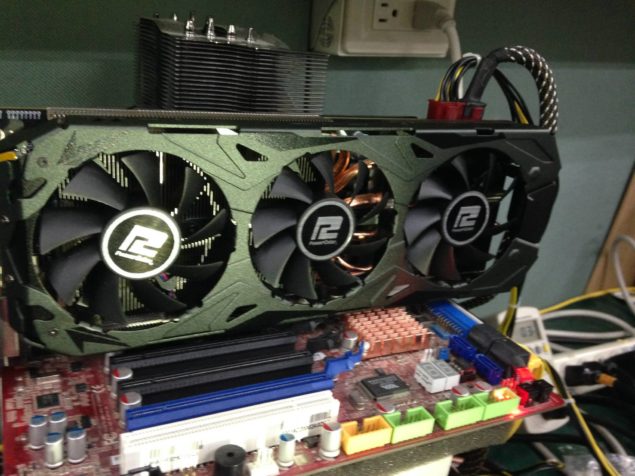 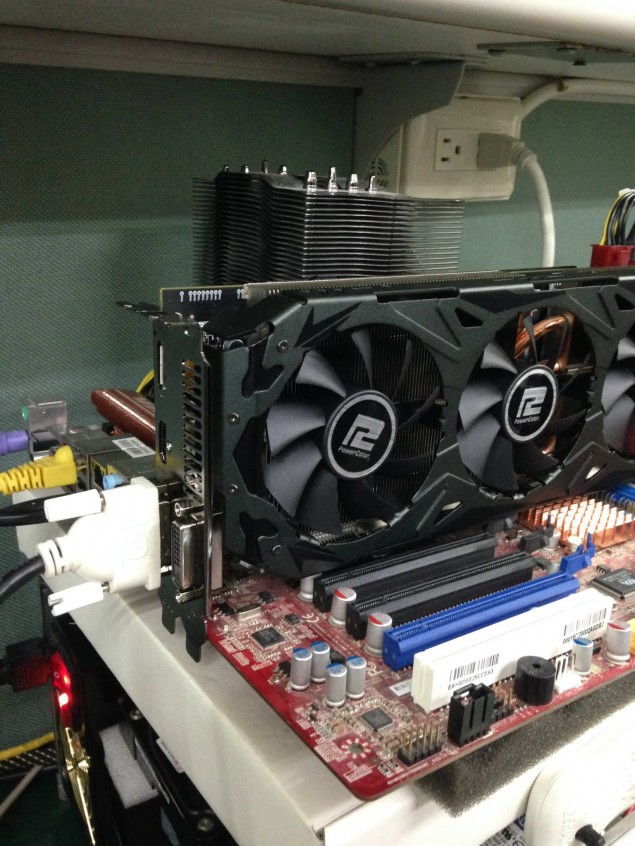 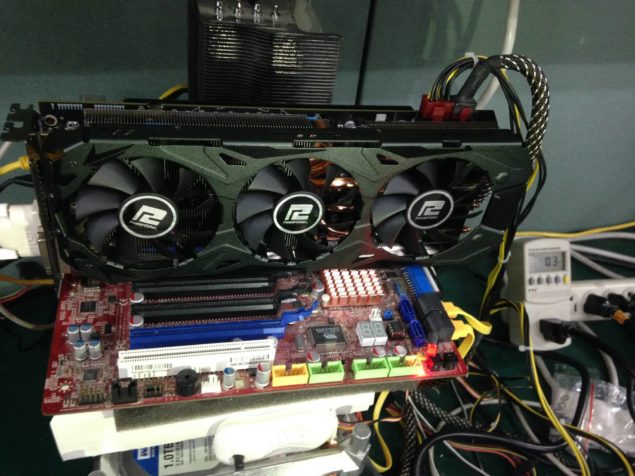