PowerColor is preparing a Custom Model of the HD 7970 GPU which would feature the Vortex II Cooling design "PowerColor HD 7970 Vortex II", The card will also come with a Factory OC of 1100MHz on the Core.

The main feature to look forward in the new model would be its Vortex II Cooling design, The large aluminum fin block is equipped with 8mm nickel-plated copper heatpipes which transfer heat from the GPU Core. Airflow is provided through two fans with the ability to choose between higher airflow or lower noise by simply pulling those two fans in or out. PowerColor also added a backplate to further cool and improve the durability of the card.

A Factory Overclock of 1100MHz on the core and 1425MHz (5.7GHz effective) is maintained. Other specs include 2048 Stream Processors, 32GCN Compute Unit and a 3GB GDDR5 (384-bit wide) Memory. Pricing has not been mentioned however the card is expected to launch next week. 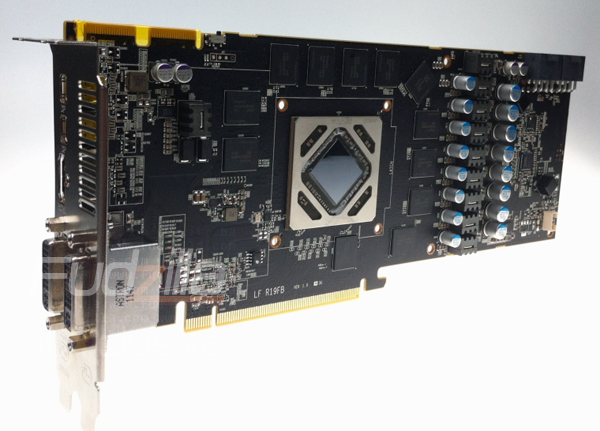 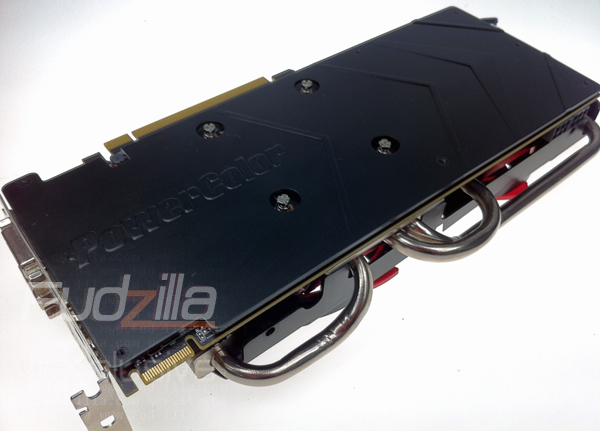