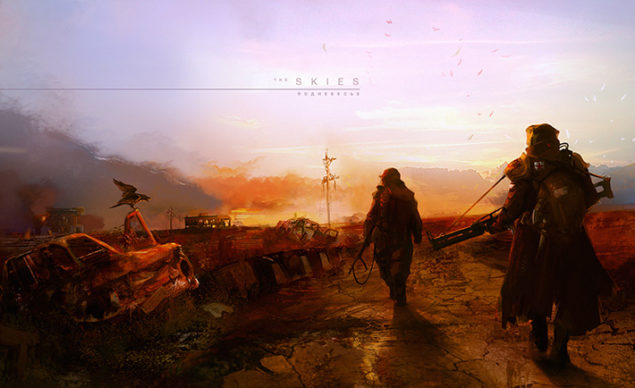 Ukrainian-American developer EFORB announced recently that The Skies, a post-apocalyptic MMORPG made with Unity 5, will be available via Steam Early Access on April 16.

The game was Greenlit a while ago and it was supposed to get an Open Beta in late 2015, but we all know that delays are a normal occurrence in game development. This early version will be an Alpha; in terms of monetization, The Skies will be F2P though there will be Premium accounts which allow some benefits despite not being Pay-to-Win (P2W).

We're absolutely free to play as promised, but have premium account options which are sub-based. Premium accounts certainly provide you benefits, but don't make the game P2W in any way.

For a limited time, it will be possible to get the Lifetime Premium package for 15$. After that, Premium accounts will cost $10 per month.

The launch trailer for The Skies, embedded below, also hints that the game will be released for PlayStation 4 and Xbox One afterwards.

Here's an overview of the game's main features provided by the developer.

Based on the novel “The Skies”, the multiplayer game is centered on a real-time evolving experience in which each player’s action causes a change in the world, including relationships with characters, factions and other events. Players can engage in battle across the mountains in the West and the desert in the East as well as cities in the North and South. The Skies features an original multi-level economy system and a multi-tiered resource production system that depend on the player actions in game, a non-linear storyline where players can combine online games and a single pass, and a world that evolves and scales over time.

According to the developer, plenty of character customization options will be available in the Steam Early Access build. However, female characters will only be introduced at a later moment.