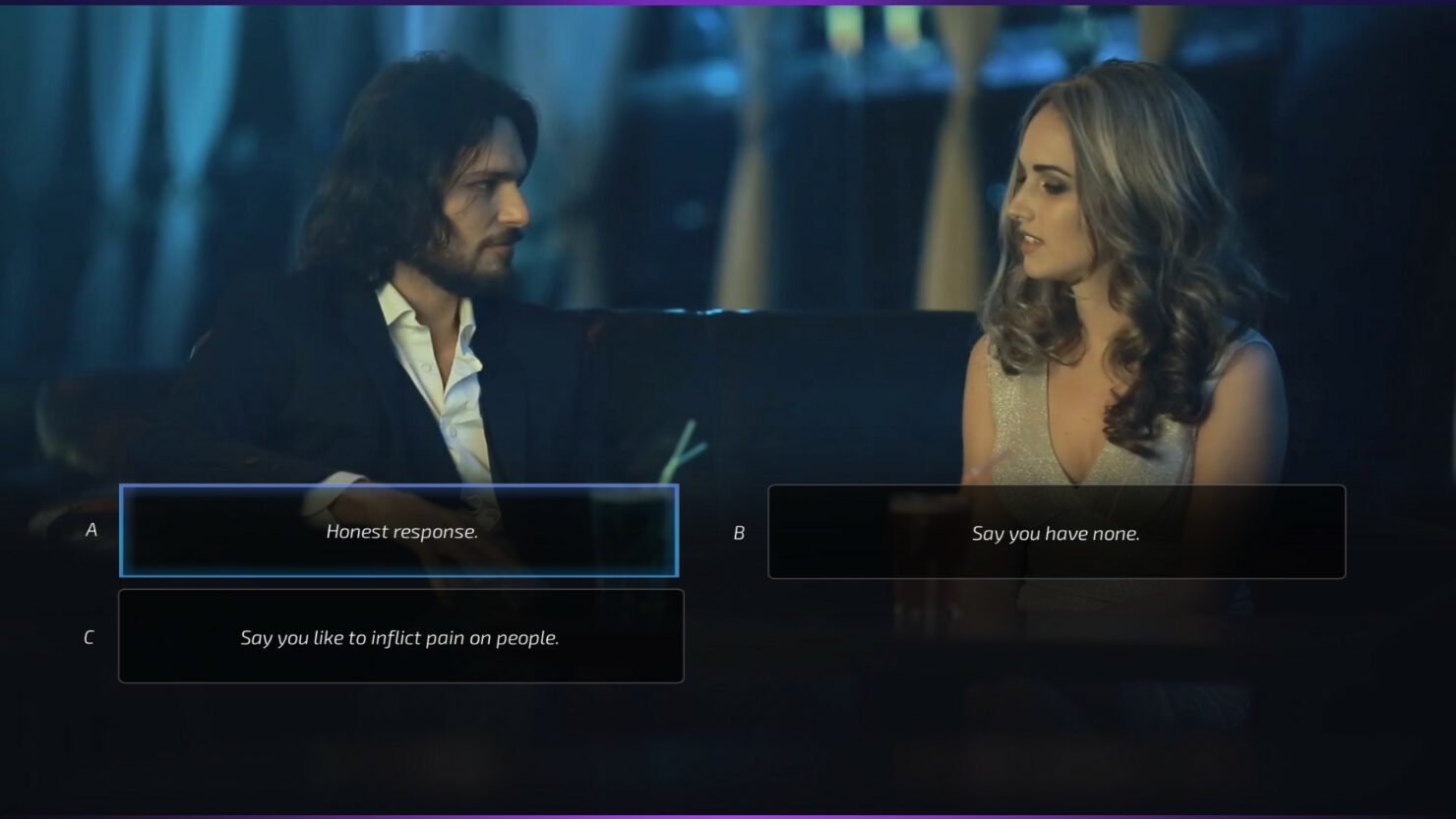 A couple days ago, RLR Training Inc and Red Dahlia Interactive published a game called Super Seducer on Steam. As implied by its name, it's a seduction simulator where pick-up artist Richard La Ruina gives advice on how to approach girls.

The average of user reviews is quite positive so far (80% rating), however the subject is intrinsically controversial - even more so on March 8th, International Women's Day.

As reported by Vice's Motherboard, Super Seducer has been denied publication on PlayStation 4 by Sony Interactive Entertainment. Do you agree with this decision or not? Tell us in the comments section.

Ready to take your skills with women to the next level?
Super Seducer is the world’s most realistic seduction simulator. It puts you in everyday scenarios (a coffee shop, the office, a bar) and lets you do practically whatever you want, to see how it plays out with beautiful women.

As you make your moves, renowned seduction guru Richard La Ruina (featured in Maxim, Men’s Health, The BBC, Piers Morgan) provides you with feedback for every choice you make, delving into the psychology and the hundreds of hidden secrets that separate seduction masters from everybody else.
Here’s the bottom line: if you make the right choices in the game, you’ll make the right choices in your life.
So, if you’ve ever run out of things to say, get stuck in the friend zone, or don’t know when to make your move - then this game will transform your love life forever.

It doesn’t matter who you are, how old you are, or what you look like - by the time you’re finished playing Super Seducer you’ll be able to attract and keep women who previously seemed unattainable.

Chick Magnet - Charm your way to getting those sweet digits like a pro by using tried and true attraction “hacks”.

Seduction School - Discover state-of-the-art seduction secrets from the master himself, Richard La Ruina, Europe’s top dating guru and best-selling author of “The Natural: How to Effortlessly Attract The Women You Want.”

Choose Your Own Adventure - Super Seducer contains eleven hours of live-action footage, 520 choices and multiple endings for players to test out their skills. If you’ve ever had a crazy thought while talking to a woman, there’s a good chance it’s included in this game, and you’ll get to see how it plays out.

Eliminate Rejection - Players that make the wrong moves face a variety of awkward outcomes that range from mere rejection to a thoroughly deserved slap in the face...so that in the real world you’ll be left with only the moves that work.