A leaked document on the PlayStation 4 Neo is now available on the Web. Let's take a look at its content.

The first important information is that all PlayStation 4 games set to release in October 2016 or later are required by Sony to support the new console as well as the basic one. Games optimized for the PlayStation 4 Neo are also expected to have higher and more stable frame rate, but we'll get back to that later. 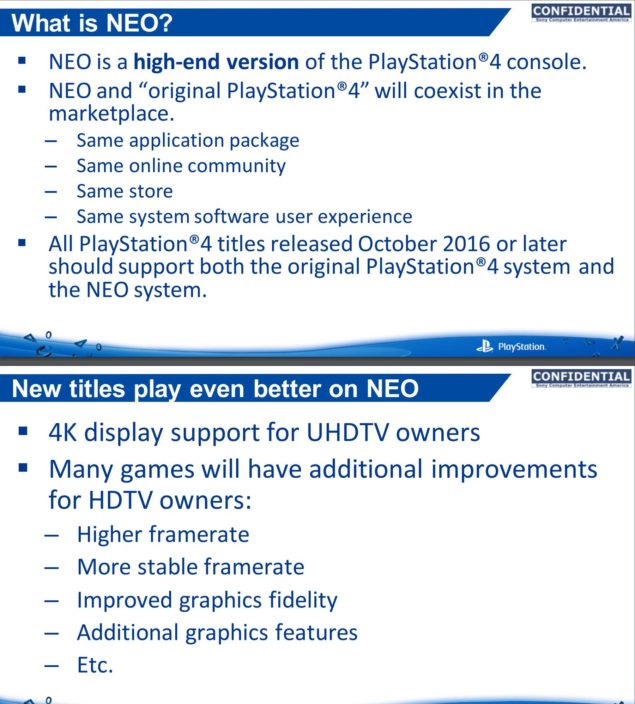 Of course, with a new system the specifications are what everyone's eager to read about. According to this document (which also explains the budget split between the game and the PS4 system), the PlayStation 4 Neo will have a Jaguar CPU with 8 cores running at 2.1 GHz. The GPU will feature 36 Compute Units running at 911 MHz for a 2.3X improvement in Teraflops, while the memory will still be 8GB GDDR5 though the bandwidth will be higher at 218 GB/s.

Of course, there's no telling if these are the final specs or not. 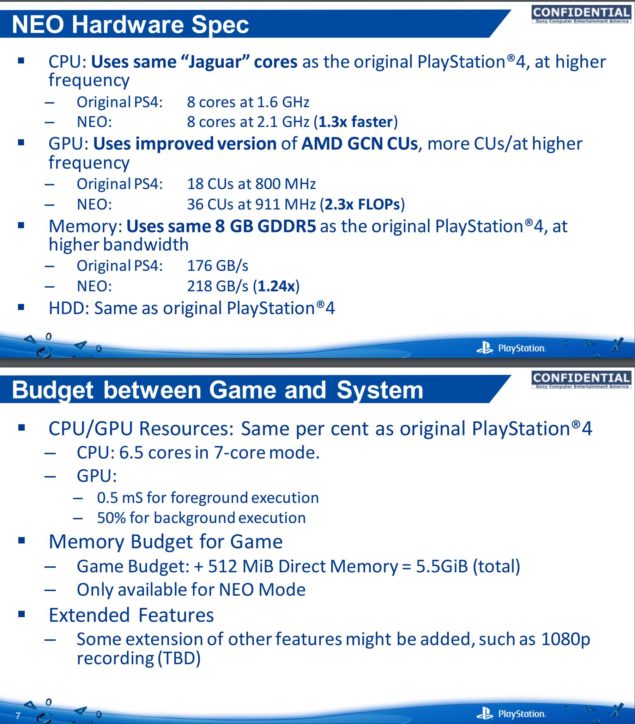 The document also explains how developers should prepare their games for both consoles. 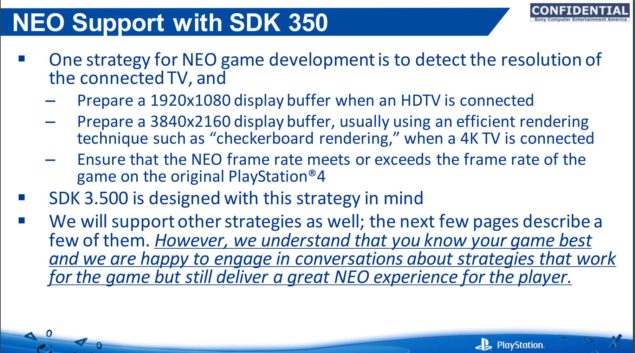 However, the most interesting slides are the following ones. We mentioned earlier that apparently Sony is pushing developers to run their games at a faster and more stable frame rate with the PlayStation 4 Neo.

Of course, this is a challenge when combined with the increased resolution. As such, Sony discussed some strategies like reducing the resolution of the display buffer. This is something that PlayStation 4 and especially Xbox One games do often - while the hardware outputs the image at 1080P, the display buffer is often lower. 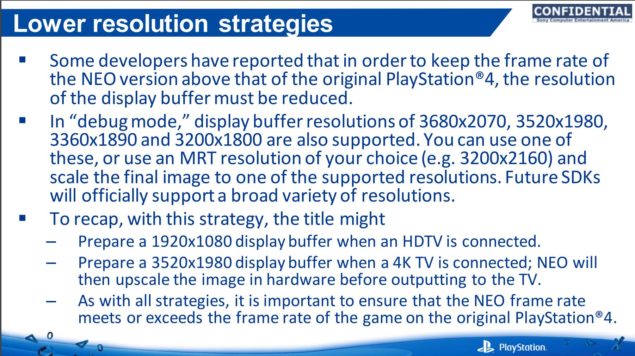 However, Sony doesn't want developers to run the games at 1440P on 4K displays because there wouldn't be enough differentiation from the standard 1080P game on a regular HDTV. They're encouraging game creators to experiment with checkerboard rendering technique; if you're a regular Wccftech reader, you might remember that we covered this topic when reporting Ubisoft's success with this technique in Rainbow Six Siege. 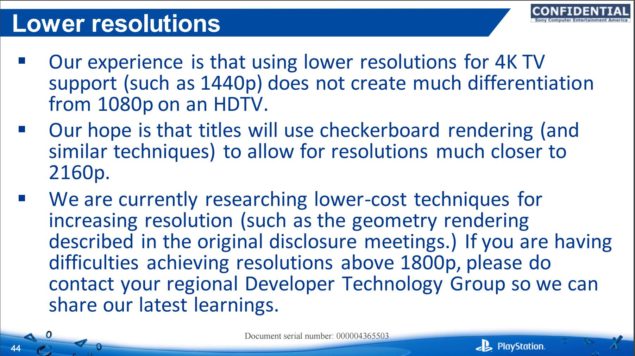 Of course, we don't have any way to know for sure if this document is legitimate. However, it certainly looks like it, though it seems to be about three months old. We'll update on this rumor in case we get more proof of its legitimacy or otherwise.