A PlayStation 4 user who got his console on the launch date decided to take some infrared shots of it to check how stable is the PlayStation 4 heat regulation. The images capture the temperature of PlayStation 4 placed at different positions and performing different tasks. 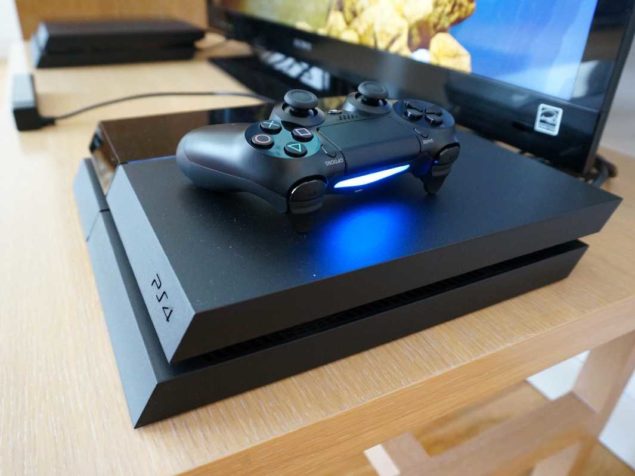 Overheating is one of the scariest nightmares for electronic industries. It causes many troubles in the development and manufacturing of electronic problem. Gamers from any platform are well aware of the unpleasant effects of overheating. Console gamers are also really concerned about the problem when it comes to all-day-long gaming because whether it is a PC or any of the consoles available in the market, overheating can cause some major damage.

Apparently the only thing that console gamers care about for now are the next-gen consoles and with PlayStation 4 already launched, tons of reports about the merits and demerits of the console are coming in. To check the how true the PlayStation 4 overheating reports really are, a user took out his thermal camera to put PlayStation 4 heat regulation on test.

The images display how the PlayStation 4 heat production changes with time and how much heat users can expect from their console while it is lying at different angles. Temperature shown in the pictures ranges from about 70º F to 140º F which is a stable temperature condition for the gaming consoles.

The testing starts with the PlayStation 4 standing vertically just after unboxing and while running the firmware update. The bottom part of the console is facing the camera. 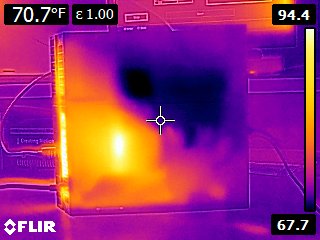 Front side of PlayStation 4 after 5 minutes of standby with a controller plugged in for charge. 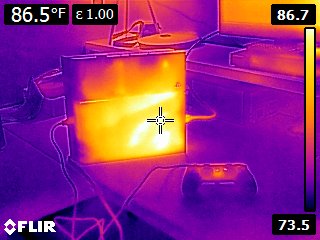 Temperature result for after playing Killzone: Shadow Fall for 10 minutes. The bottom side of console is facing the camera while standing vertically. 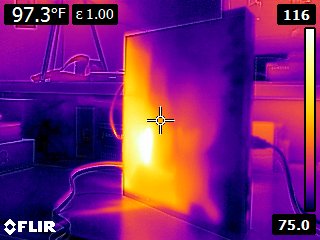 Vents of the PlayStation 4 after playing Killzone: Shadow Fall for 30 minutes with the console standing vertically. 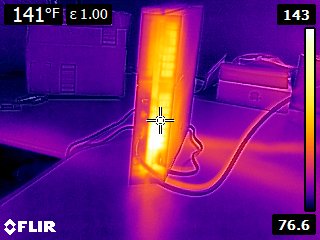 Vents of PlayStation 4 after playing Killzone: Shadow Fall for 20 minutes with the console lying horizontally. 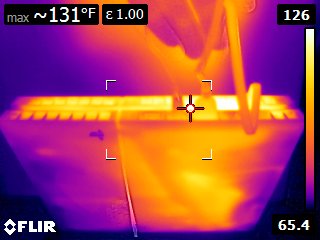 Arabian also revealed the temperature of the console after playing Killzone: Shadow Fall for 3 hours showing the temperature remains same around as it was after 30 minutes of gameplay: “Been playing for over 3 hours now, with the PS4 comfortable in my home theater cabinet in its flat position. The Playstation remains a little under the temperature it was when I was around 30 minutes in, which is around ~133ºF/56ºC.” 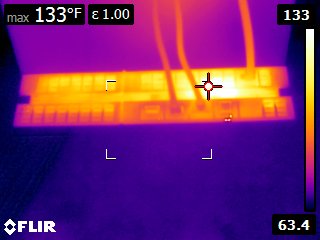 According to the images, temperature of PlayStation 4 also depends on its position. It also shows that the horizontal position makes the console produce more heat than the vertical position but the difference is little. Temperature actually depends on the apps or games that are running, of course the most heated part of the console is vents.

It would be really interesting if we could capture the temperature of the console while running different apps and games and under different atmospheric conditions, this would help the users on how and where to place their console to avoid overheating.

Visit Planet Extech to view complete details on the PlayStation 4 heat regulation as Arabian promises he will be bringing in more thermal photos of the console.