Launching an app is a hectic task and if it's oriented towards kids, every step must be reconsidered as to win over parents first. PlayKids is one such application which is designed to target toddlers with the changing needs.

Movile Internet Movel, the parent company of PlayKids is more of a TV subscription which allowed kids to watch their favorite TV shows on the go. It had over 200 videos which were updated on weekly bases. After its debut in Brazil in 2013, six months later it moved to the US and expanded its reign. The application still persists and expanded over 27 countries with six language translated according to the region. On total, the app has over 6 million downloads and 3 million active users which is quite a number to show. Its absolutely free to download but there is a $8.99 monthly subscription fee. 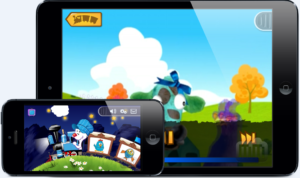 PlayKids is targeting markets with a high penetration rate of smartphones and tablets. This logically true, since parents would want their children to learn from high quality stuff on smart-devices. However, due to a significant cultural difference, the company's head of global expansion, Eduardo Enrique took the phenomenon completely off guard. Dramatically, the cultural difference had an adverse effect on content as well as marketing.

According to Eduardo, “Creating a global content portfolio is a nightmare — I have no words to tell you what it’s like!” Henrique laughs. “What’s good for parents in the U.S. is not necessarily good in terms of content for Mexico and not necessarily good for parents in China. So we had to learn to respect the local cultural factors, country by country.”

Considering Germany, the concept took a lot of time and effort to penetrate the culture. This is due to the reason that parents there do not allow their children to be exposed in technological presence. Henrique coined that, “They hate it — and it made it super difficult to penetrate. So it wasn’t just about translating ads; we had to convince German parents PlayKids wasn’t a bad thing, but a good thing.”

Payment Methods also differ from region to region. Credit card penetration was a main issue in Brazil and Mexico, set aside US. It's a very difficult task to redirect people's perception to use a paid version app apart from the free version. There are exchange rates or conversion dilemmas and since PlayKids is based on a subscription model, it was really hard to convince people about the plan. PlayKids can be downloaded for free, however to unlock all of its features which includes Games, TV series, Shows, Videos, Books and much more with a monthly subscription fee of $8.99. 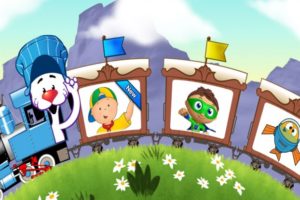 Henrique was very forthcoming that Apple's iOS has generated much more revenue for the company than Google's Play Store. He said,  “Apple is very focused on high-end devices, and my theory is that those who own those devices are willing to spend more money.”

Henrique was also impressed by Apple's billing system because Apple forces its customers to attach a credit card billing system to their iPhone which helped by a lot. Hence, to use an iPhone without a credit card is impossible. Henrique also said that iOS generates 70% more profit than Play Store.

The biggest marketing challenge that PlayKids faced was regulating and collecting data regarding children. PlayKids could not collect personalized data from its users that would be necessary to engage users because of the Children's Online Privacy Protection Act.

Besides all of the problems and hardships invilved, PlayKids has definitely left a mark on its users. PlayKids would aim to provide parents with new and fresh content which will be suitable for their children. PlayKids have also devised sessions with parents to gather information regarding the basic needs of their children. This will be an important step towards the provision of quality content to the users. this is it for now folks, stay tuned for more leaks and rumors.