PlayerUnknown Says Battlegrounds Will Be Supported for 10 Years; Expresses Frustration with AAA Games 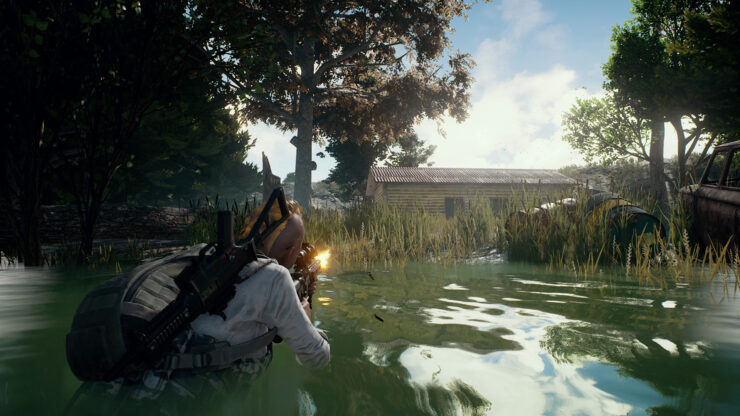 PlayerUnknown, or Brendan Greene in real life, is the man of the hour in the gaming industry. His latest and, according to his concept, definitive version of a Battle Royale game, Battlegrounds, is breaking all sales records for Early Access games. It recently passed six million units sold in a little over four months since the debut on Steam.

It's only obvious, then, that all the biggest publications want to interview PlayerUnknown - even ones not usually focused on gaming, like CNET. In a lengthy chat, PlayerUnknown revealed that the developers at Bluehole are planning to support Battlegrounds for many, many years after the official launch, scheduled before the end of 2017.

My boss says we're building this as a service, not as a game. Over the coming years, we're just going to keep upgrading and keep improving and keep adding to the game, much like what Counter-Strike: Global Offensive has done.

PlayerUnknown also expressed his frustration with AAA games due to their lack of difficulty when compared to older games.

I wanted to create a game where you really value your character, you didn't want him to die because he's important to you.

My frustration with a lot of AAA game titles was that they weren't hard anymore. Once you die two or three times, you know where the enemies are coming from, and in a lot of the bigger titles, the ending... I come from an era where the end boss for a game, you spend f****** days or weeks trying to beat him. With a lot of the AAA titles these days, there's no boss at the end. Just press F at a particular time, and it plays the cut sequence at the end.

That left me very disappointed.

Why I like our playground, so to speak, is because you're facing off against other players and they're the hardest to beat. Especially if they're skilled players who have been playing a while, you have to become better to beat them.

Even with our zombie mode, there's no AI. It's 90 players playing as zombies, so you're not dealing with AI, you're dealing with clever people.

Interestingly, in the interview PlayerUnknown also states that he intentionally avoids playing other games, and doesn't even play his own game too much, as he feels that would distract him from the core concept he intends to pursue.

In related PUBG news, check out these work-in-progress animations.

Here's a WIP preview of some new animations @_psmk_ has been working on for @PUBATTLEGROUNDS pic.twitter.com/VlAT4M3ib5