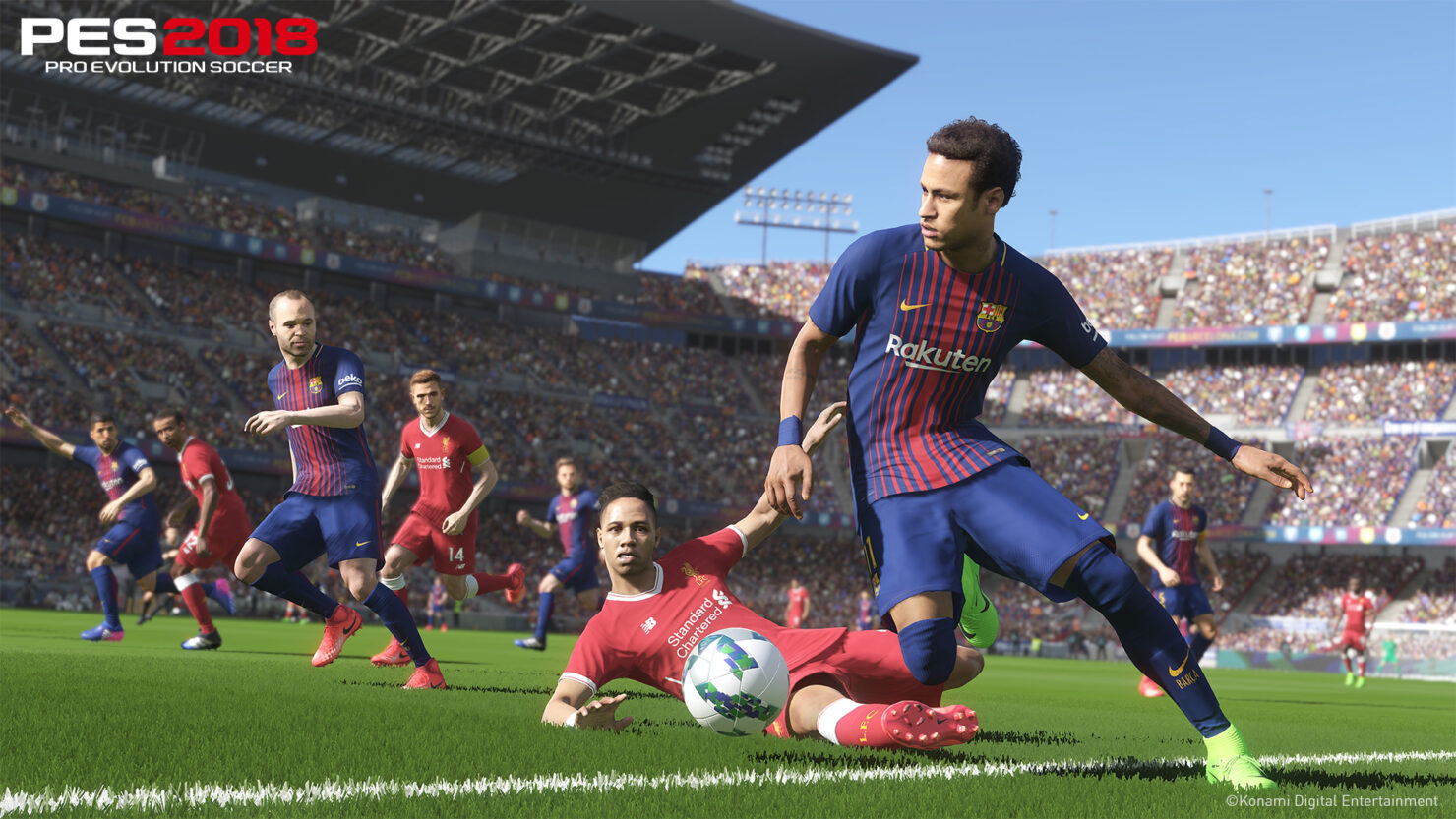 PES 2018 is set to release in a little over a month on PC and consoles, and today Konami revealed the system requirements for the PC version of the game.

Judging from both the Minumum and Recommended specs, it seems like PES 2018 won't be particularly demanding, with the GTX 660 and the Radeon HD 7950 being the recommended GPUs. Additionally, Konami confirmed that the game will support 4K and Ultrawide resolutions, so better specs will be required to enjoy the game at higher resolutions.

PES 2018 will come, among other features, with enhanced visual reality as well as online co-op.

COMPETE ALONGSIDE FRIENDS
New mode supporting 3v3 and 2v2, allowing you to team up with friends or other users to compete against the world.
PLAY WITH YOUR STYLE
Make a one-off team with an automatically matched user, or create a clan with highly skilled friends and aim for the top of the ranks.
COUCH CO-OP
Supports up to 2 guests on same console, play as many as 3 on the same team to play on online CO-OP matches.