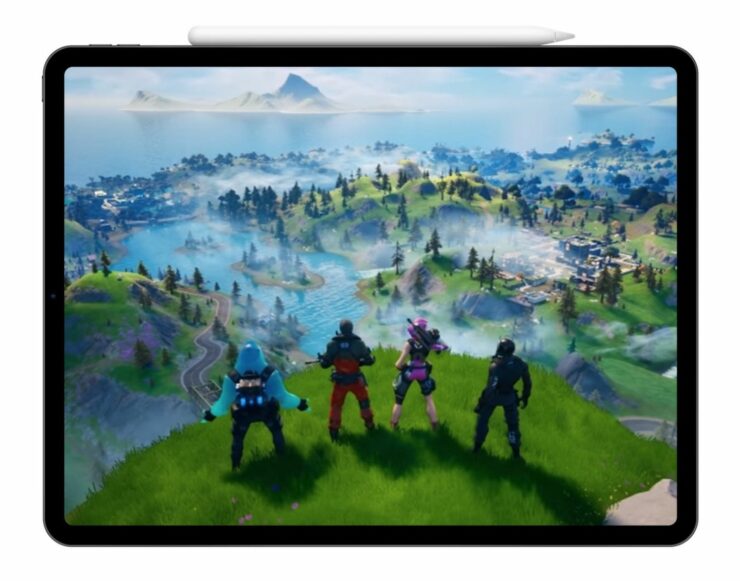 One eBay user alemccra7 has put up the iPad 7 for sale for an unbelievable $900. What’s the catch? It has Fortnite installed on it. If you purchase a brand new slate from Apple’s official website or a third-party retailer, you won’t be able to download and play the game, which is one reason why existing iPad owners are cashing in on the opportunity by selling their iPads an insanely high prices.

The iPad 7, which is a low-cost model and has been discounted to $299 numerous times, is being sold for $900, making it more expensive than a brand new, powerful 11-inch iPad Pro. Then again, a brand new iPad Pro won’t be able to run Fortnite on it, or any other iPad model for that matter, so if you’re the kind of user that requires an iPad to be able to run Fortnite, looks like you’re going to have to pay a hefty premium for used models scattered on eBay. 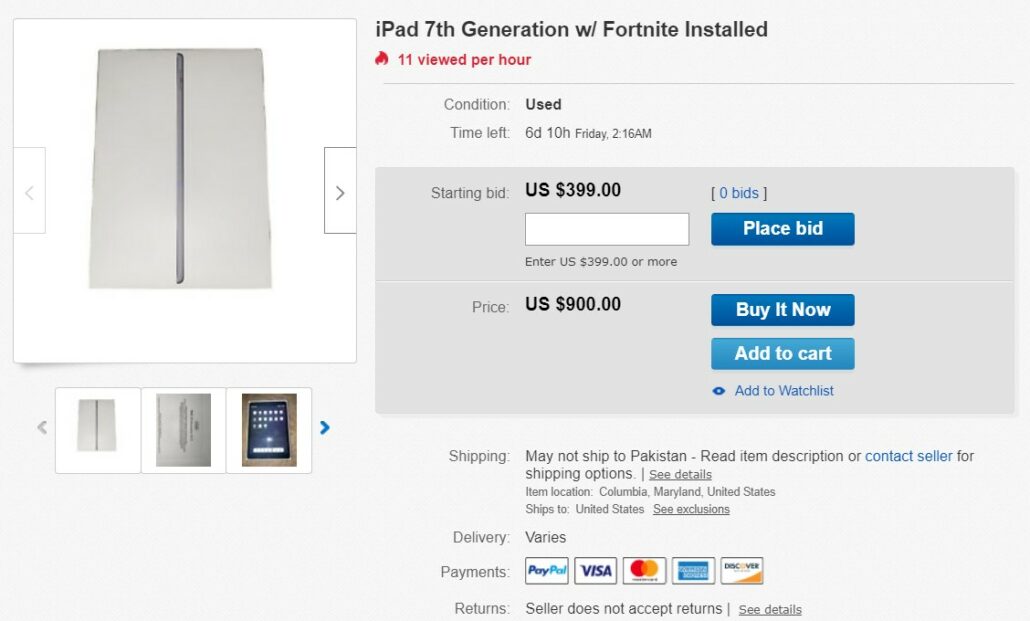 Also, if you do end up purchasing a used iPad, there’s no telling if one day you fire up the game and it no longer starts, so you would have spent $900 for a Fortnite-running slate that no longer runs Fortnite. While we can’t really stop Fortnite buffs from going along with the purchase, we highly recommend others that if they are going to be spending $900 on an iPad, they might as well purchase the iPad Pro.