Most gamers have already finished the single player campaign of the latest installment in Call of Duty franchise (never mind, most gamers do not care about single player campaign). So now Just like Battlefield 4, Call of Duty: Ghosts is also being widely played in the multiplayer mode. To reduce the in-game multiplayer glitches and  hacks, Infinity Ward has banned all third-party software for PC version of the game. 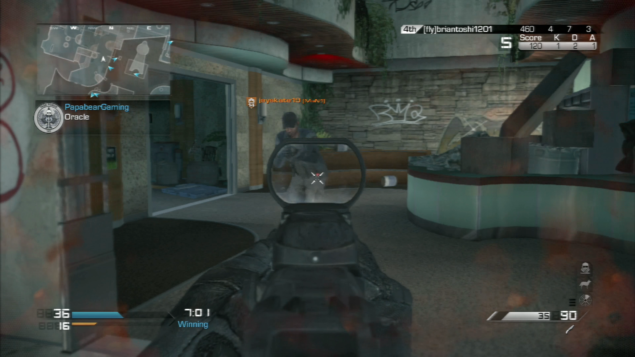 The developer announced via Twitter that from now onwards, any PC gamer found using third-party software in multiplayer mode of the game will be banned “permanently”. This rule is specifically for PC gamers and console gamers are not counted in this. “Update re: PC bans – Any players found using 3rd party software will be permanently banned in #CODGhosts,” the developer stated on Twitter  linking the official Code of Conduct post with the tweet.

The most concerning part is that majority of Call of Duty: Ghosts multiplayer gamers have been using third-party software with the game. Known as FOV Changer, this third-party software allows the gamers to improve the in-game field of view (FOV). So taking the new rule into account, PC gamers are no longer allowed to use the FOV Changer. However, the banishment of FOV Changers is not clearly stated in the Code of Conduct.