Touch ID is not a new feature by any stretch of the imagination. The fingerprint sensor first appeared as a major new feature of the iPhone 5s back in late 2013. Since then, it has also been added to the iPad Air 2 and iPad mini 3, as well as the latest iPhone 6 and 6 Plus, but despite having lurked for a good while, it hasn't yet reached every app that could benefit from its security-enhancing credentials. Now, finally, the official PayPal app has been given Touch ID support, meaning easy authorization that doesn't require you to continually input your passphrase every time you use it.

Touch ID is not just useful in terms of boosting security. Sure, the 'cool' factor has worn a little bit thin, but it's the sheer convenience of the feature that has eased it into the lives of iOS users far and wide. Rather than having to bear the tedium of tapping a Passcode, for example, one can bypass the iPhone and iPad lock screen by a short hold of the home button, and thanks to improvements Apple made with iOS 8, third-party developers have been able to integrate the fingerprint scanner into their apps at will.

After some delay, PayPal joins the growing pool of Touch ID-ready apps. While the general functionality of PayPal for iOS has always been tolerable, the constant password-typing for every login quickly becomes mundane, and with Touch ID sitting idly for many PayPal users, it's good that finally, the company has taken the jump.

The Touch ID feature is opt-in, so once you've grabbed the update, you will have to navigate through the in-app settings to activate it. Once you've configured everything, you'll be able to jump in and out of PayPal with ease, and in saving time, you still won't compromise your security. In fact, Touch ID is more secure than a password, since nobody can sneak into your device by slyly peeking over your shoulder, and since we're talking about an app that deals with moving and transferring money, the arrival of Touch ID support is definitely not before its time. 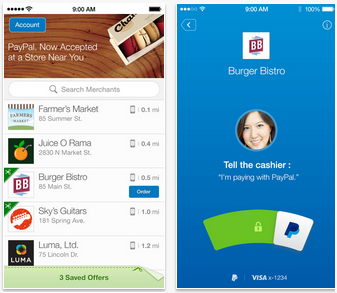 As is often the case with most app updates, PayPal has also thrown in a few bug fixes and such, so even if your device does not support Touch ID or you have no intention on using the feature, it still makes sense to grab version 5.11.5

You will need to be running iOS 7.1 or higher if you wish to download this update, and while the app will run on the iPhone 6 / 6 Plus and iPad, it doesn't yet support their resolutions natively.

Still, with Touch ID now out of the way, perhaps this is next on PayPal's to-do list.