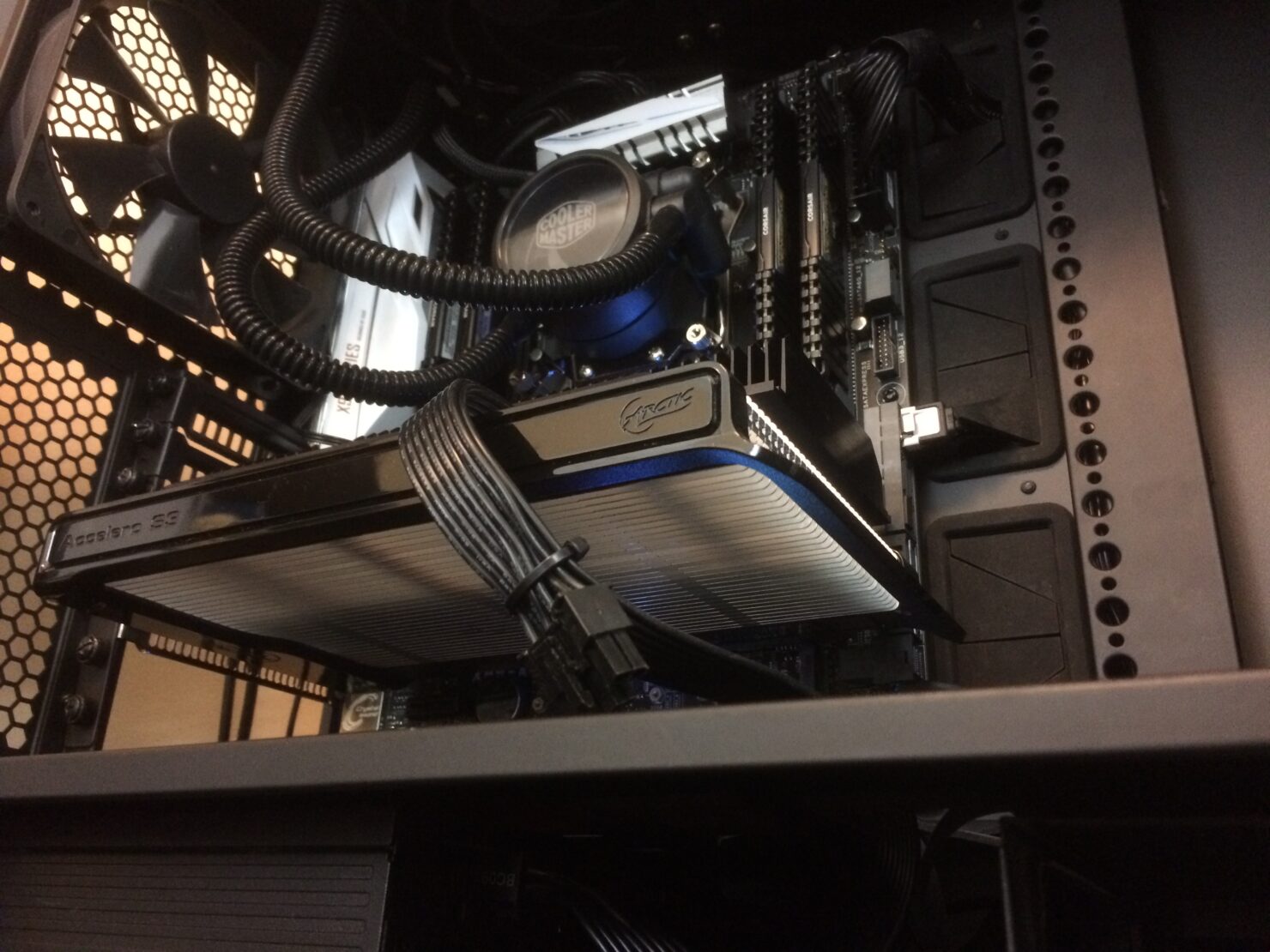 As I finished up the review on the VisionTek RX 470 something struck my curiosity.  The RX 470 has a TDP of 120w and Arctic Cooling Accelero S3 has a rating of up to 135 watts.  I think you can see where this is going.  XFX recently showed off a passively cooled RX 460 and at that point I was sold on the idea.  Sure a low end passively cooled card isn't really something to stand up and cheer for, but the current 1080p bang-for-buck king running passively could be something really interesting.  So I ordered up an Accelero S3 and went to town.  Check out the results we had in our video below. I think you might be a bit surprised by this one.

In short, I was surprised by the performance delta we saw more than I was by the temps.  Seeing the card stay so close to it's target boost speed of 1226Mhz rather than the 950Mhz we saw with the reference cooler was a pleasant aside.  But the cooler is so massive and so clunky it's definitely for a single card configuration for those who don't intend to swap parts often or at all.  Temps were good, even after multi hour gaming sessions.  And if you want it even cooler you can crank up the case fans just a bit or strap on an upgrade kit for the cooler that includes a single fan for even more drastic temperature changes.