Paper App By FiftyThree Is Coming Soon To iPhone, Here’s What It Looks Like

The famed Paper app by FiftyThree is soon coming to the iPhone, and the company behind the offering has released an early peek at the title itself. 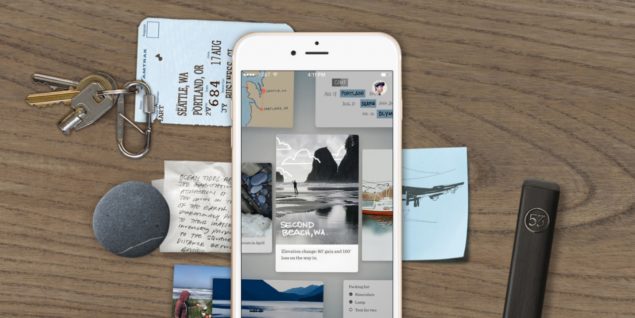 If you're a designer and happen to be in the ownership of an iPad, then we're certain you're well aware of the Paper app by FiftyThree. The app is essentially a digital notebook that allows you to "Sketch out a new product design, chart your progress, or outline a great business plan. Paper is the essential digital notebook that works the way you think, with no fussy settings or distractions"

Coupled with FiftyThree's Pencil stylus for iPad, the app is an absolutely killer offering when compared to its immediate competing titles. And now, FiftyThree has confirmed that the Paper app is indeed coming to the iPhone, but hasn't given any more details, except for the image above.

At first glance, it becomes clear that the iPhone app will be a very different affair compared to the currently available app for iPad. For starters, the iPhone app will allow users to import images from the Camera Roll, from what we can judge from the image teaser above. Apart from that, we're certain there are going to be more drawing options that are going to be specifically tailored for the iPhone's smaller screen size. And lastly, as you can tell from the image, the Pencil stylus will indeed work with the iPhone, so you can rest easy knowing that your investment isn't limited to the iPad itself.

Regarding pricing, FiftyThree hasn't revealed anything on that front either. And it's also not clear whether or not the existing Paper app will be updated to support the iPhone, or a brand new app will be released altogether to cater for Apple's smartphone.

The current Paper app is available for free to iPad users and can be grabbed immediately from the App Store here. If you haven't given it a shot just yet, then we urge you to do so pronto. It's a one of a kind title that deserves a lot of praises. In fact, the Paper app has been such a star hit that it's being used by 13 million users worldwide, but that's not all, it even claimed the title of Apple's App of the Year, and also won an Apple Design Award.

Not a lot of apps can boast those credentials, but there you have it.