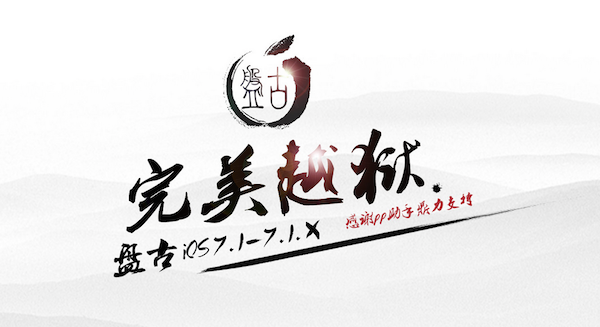 The team behind popular jailbreaking tool Pangu has released an updated version of the tool today. The Pangu V1.2 update fixes several issues and problems encountered with the previous version of it. This includes the notorious boot loop issue which affected several iPhone 4 and 4S users. The screen on their devices ended up getting stuck on the Pangu welcome message when the app was run.

Pangu's jailbreaking tool has seen it's fair share of controversy as well. Initially Pangu v1.0 had used exploits revealed by i0nic, which the latter found disagreeable. After a twitter protest by i0nic, the Pangu team released v1.1 just days before iOS 7.1.2's release which was a bold move. v1.1 itself included several fixes and introduced an english interface. Well, Pangu v1.2 adds on to that and improves the tool significantly.

Apart from the boot loop issues fix, Pangu v1.2 also installs afc2 on your system during the jailbreaking process. This now allows users to get full system access, which was possible previously only through installing saurik's tool. In addition, Pangu v1.2 also adds a notification if the jailbreaking process on your device should fail by any case. The full changelog for the update is as follows:

So for all of you out there who faced the boot loop issue with v1.1, you can now try again using Pangu v1.2. And finally, to download Pangu v1.2, click here for Windows and Mac. And here's a tutorial on how to jailbreak iOS 7.1.2 for iPhone, iPod and iPad.