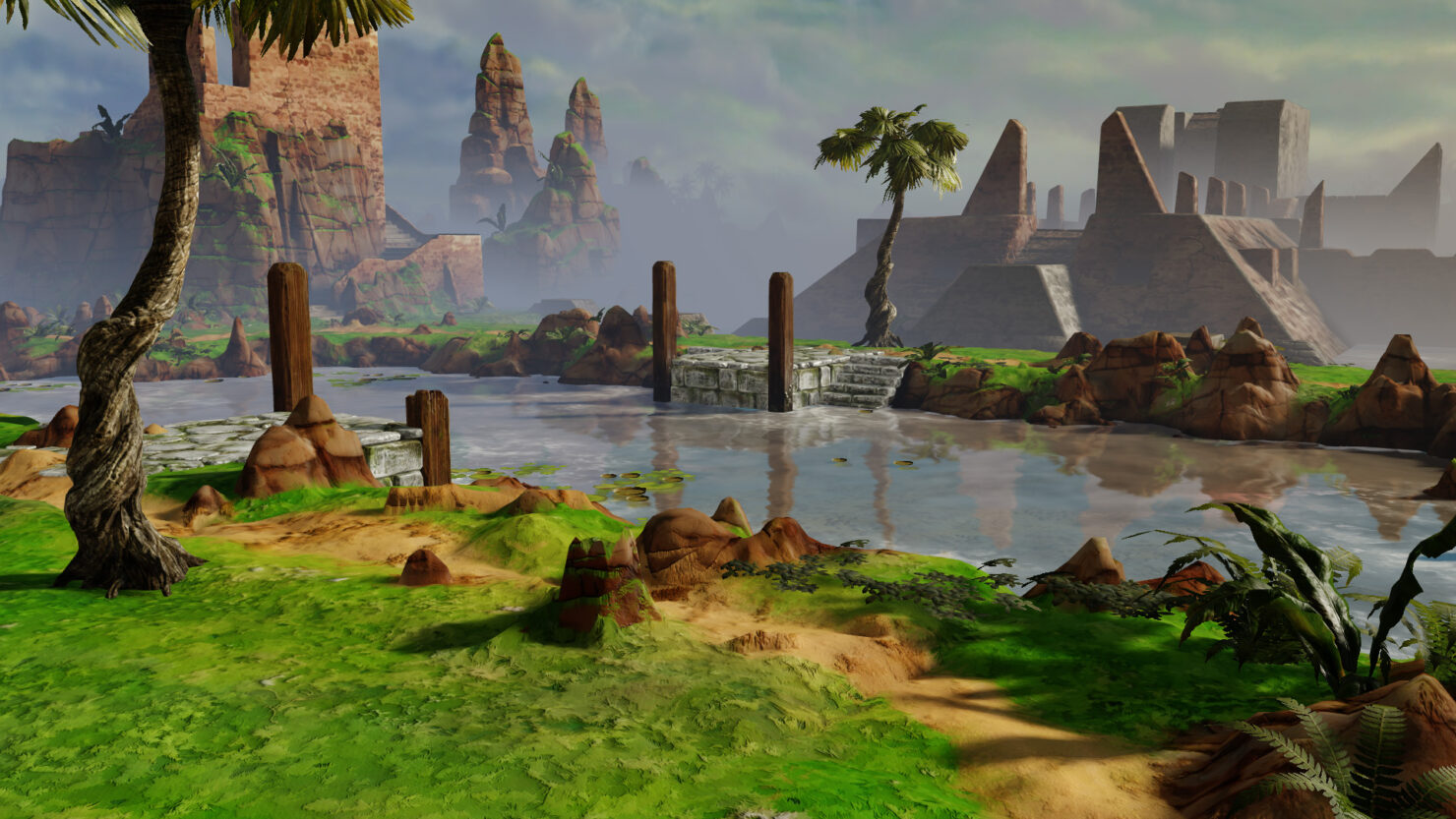 Do you remember Outcast? I certainly do, though it makes me feel a little old. It had groundbreaking graphics and gameplay for the time, and I wished they'd make another installment.

That never happened, but then a Kickstarter campaign for an Outcast Reboot HD launched in April 2014. It failed, falling well short of its $600K minimum goal. But it was not the end: in fact, the creators of Outcast managed to put together Appeal and today they announced a partnership with publisher Bigben to launch Outcast - Second Contact, a remake of the original game. Do note that the featured image is taken from the old Kickstarter campaign - new screenshots should be available in the next few weeks.

Released on PC in 1999, Outcast is an action-adventure game that has been recognized as one of the first open-world video games. Outcast has been hailed by critics and received numerous awards for the quality of its graphics and innovative gameplay, and remains a milestone in the history of video games.

This expanded and updated version of the 1999 game, currently being developed by the team behind the franchise, will be released at the start of 2017 under the name Outcast - Second Contact.

"Outcast succeeded beyond our hopes and we take great pride in seeing that it remains a classic for many players today." stated Yves Grolet, co-founder of APPEAL. "We're now using the same team and passion to work on the remake that fans have been demanding for years. Our objective is to show just how modern the game is with cutting-edge graphics and improved gameplay, while retaining the charm of the original which won over so many players."

"Outcast is a cult classic that is part of the video game repertory," added Alain Falc, CEO of Bigben. "I am delighted that APPEAL came to Bigben and have the faith in us to supervise the evolution of such a popular franchise, which people will enjoy discovering or rediscovering on next-gen consoles," he concluded.

Outcast takes place in the near future when Humanity has just discovered the existence of a parallel world, Adelpha. The American government, which was behind the discovery, sends a probe there to investigate. The experiment is a success but a native of Adelpha, a Talan, attacks the probe and causes a distortion of space-time that threatens to destroy the Earth.

You are Cutter Slade, a former Special Forces operative, assigned to escort a group of scientists sent to locate and repair the probe. Nothing goes as planned, however, and you find yourself embarked on an adventure on an unknown planet, with the future of two worlds in your hands.

MediEvil Being Remade for PlayStation 4 with 4K Support; Due in 2018