Oppo R7 Plus is going to be the company’s upcoming flagship phablet, featuring a gargantuan screen size of 5.9 inches that will be rendering a resolution of 1080p. The interesting thing over here is that the company did not proceed to incorporate a 1440p resolution, which is understandable, as a higher resolution automatically raises the production costs of smartphones. Additionally, Oppo must have been following a prudent approach; that battery life is a far more important requirement for smartphone users than for every object present on the screen to appear as ‘eye candy’. Apart from its large screen size and 1080p resolution, R7 Plus will also be featuring MediaTek’s formidable MT6795 SoC, which is a force to be reckoned with. 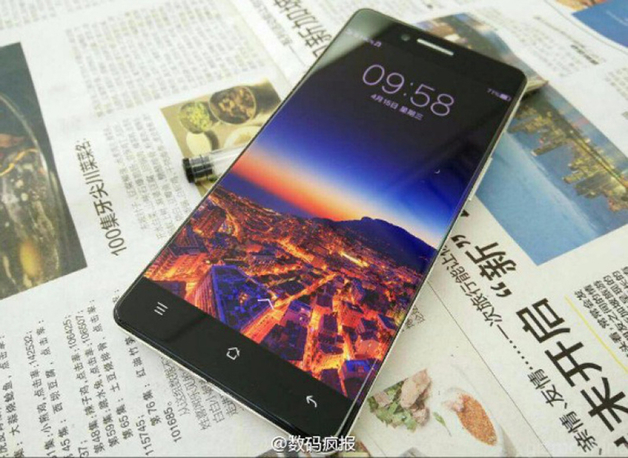 In case you were unable to figure out the performance reach of MT6795, just remember that Lenovo K3 Note features the company’s MT6752 SoC, and is able to overcome OnePlus One’s Snapdragon 801. One this occasion, R7 Plus is going to be running an octa-core ARM Cortex-A53 CPU clocked in at 2 GHz. Similar to Huawei, Oppo has also recognized the high-power-consumption attribute of Cortex-A57 and has omitted it from the chipset equation altogether.

Additionally, R7 Plus will also be featuring 3 GB of RAM and 32 GB of internal memory. Thanks to its large form factor, you can rest assured that the phablet will be able to accommodate a large battery, which will no doubt provide ample battery life to the user. The second most interesting aspect of the smartphone (other than its 1080p resolution) is its rear and front camera sensors. According to GFXBench, both camera sensors feature a maximum image resolution of 7 megapixels. While this might discourage you to glancing at the smartphone ever again, you should be reminded that iPhone 6 and iPhone 6 Plus also feature a low maximum image resolution, but are able to produce astounding results, from both image and video fronts. 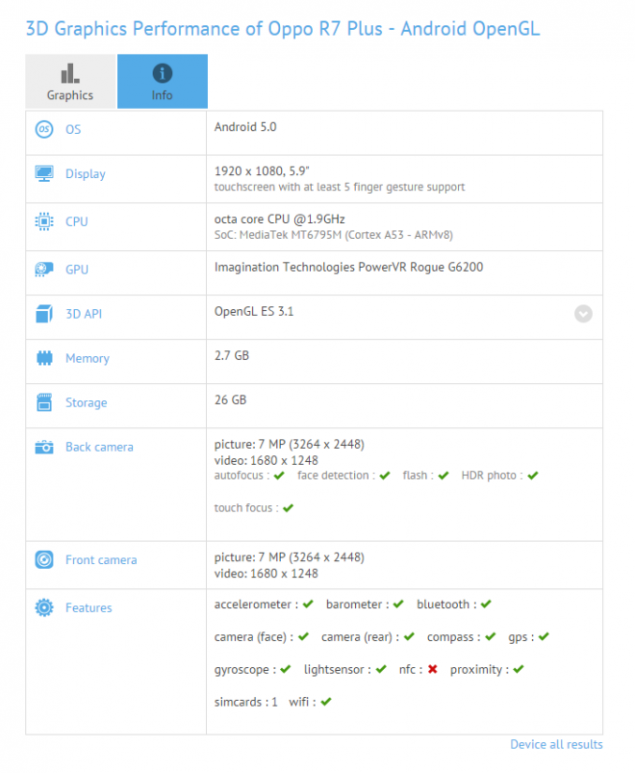 In short, possessing a camera sensor with a high image resolution is not going to be your only ticket to snapping embellished photographs. As for the release date, it is expected that R7 Plus is going to make its debut on May 20, 2015 and with that debut, potential consumers will also be able to get information concerning its price, which ultimately makes or breaks the purchasing decision.