Oppo Find 7 With A Snapdragon 820? New Model Refresh On Its Way? 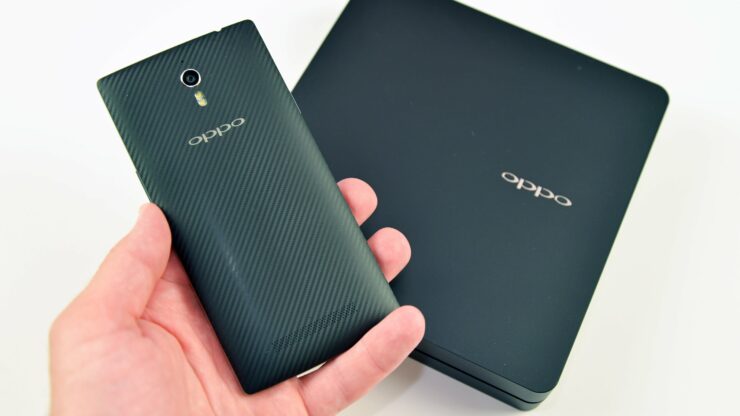 Oppo has released a slew of mobile devices this year, but none of them featured chipsets that have the processing might of Snapdragon 820, until now. It looks like Oppo Find 7 is finally going to get a new model refresh, according to the latest leak.

Oppo Find 7 Leaked To Feature A Snapdragon 820 – Going Against The Big Players In The Smartphone Market Are We?

Oppo Find 7 was released back in May, 2014 and featured a Snapdragon 801, making it one of the fastest smartphones of that era. Fast forward to 2016, where the likes of Eyxnos 8890 and Snapdragon 820 dominate the benchmarking scores of Android powered handsets, it appears that a Find 7 could be released in the foreseeable future featuring the same SoC. Normally, manufacturers have this strange affinity to downclock the Snapdragon 820’s quad-core processor’s speed.

However, when we actually take a look from their perspective, the Kyro quad-core chip present inside devices is already so powerful that a higher clock speed might actually consume more battery life. Plus the reduction of the quad-core’s processing frequency will only display a drawback in benchmarking scores, so unless you’re a huge fan of bragging rights, you should purchase a Snapdragon 820 powered smartphone that is running at its full potential. 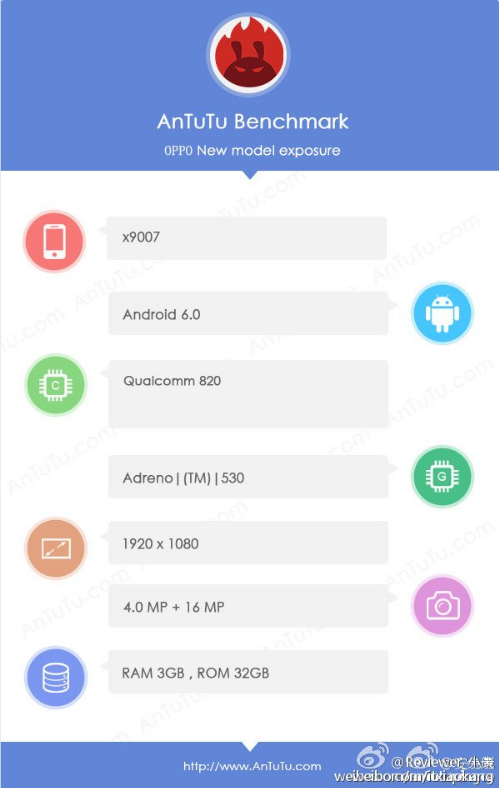 According to the AnTuTu specification leak, Oppo Find 7 has the model name X9007 and features 3GB of RAM and 32GB of internal storage. We strongly believe that a MicroSD storage slot is going to be on the cards otherwise the entire smartphone appeal is going to end up as a bust. Now here is the interesting part, the resolution states to be measured at 1920 x 1080, but the original Oppo Find 7 came with a 1440p resolution. This could mean that the company is under the impression that you do not need to pack in so many pixels for the display to look great and that a 1080p display will suffice.

There is also a 16MP camera sensor that we feel will be able to record 4K effortlessly, and a 4MP sensor is present at the front side. Now, it will be able to up the other features such as aperture and sensor size to determine how well the camera is going to perform in varied levels of lighting. Whatever happens, we are glad to see another Chinese OEM introducing a Snapdragon 820 powered smartphone.

We will keep you in the loop concerning additional details of the purposed Oppo Find 7.