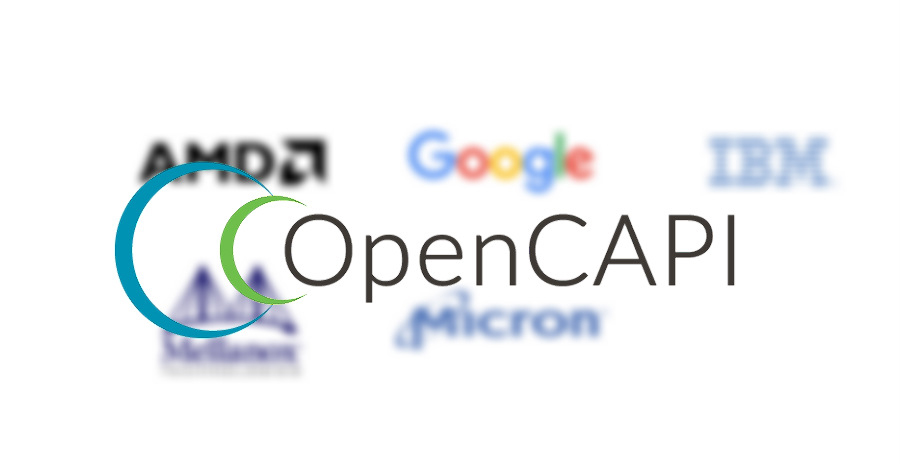 According to our previous report, Moore’s Law will be dead by 2020, according to experts, which will obviously require a worthy successor to carry out the objective to delivering more processing power than ever and that too efficiently. Thanks to the combined expertise of leading companies ranging from Google, AMD, IBM, HP, NVIDIA, and several others, a new specification called OpenCAPI has been announced, and it promises to increase datacenter performance by a significant margin while offering significant advantages in other scenarios. Let us go into a chunk of detail to see how the combined efforts of all these leading tech companies have managed to make this possible.

The newly formed OpenCAPI Consortium has brought in a pathway to open up a gateway of delivering new found speeds with a lower latency count. This will help to remove inefficiencies in traditional system architectures to help eliminate system bottlenecks, which will result in higher server performance. OpenCAPI is able to deliver a data rate of 25Gbits per second, outperforming the current PCIe specification, which to refresh your memory, peaks out at a data rate of 16Gbits per second. 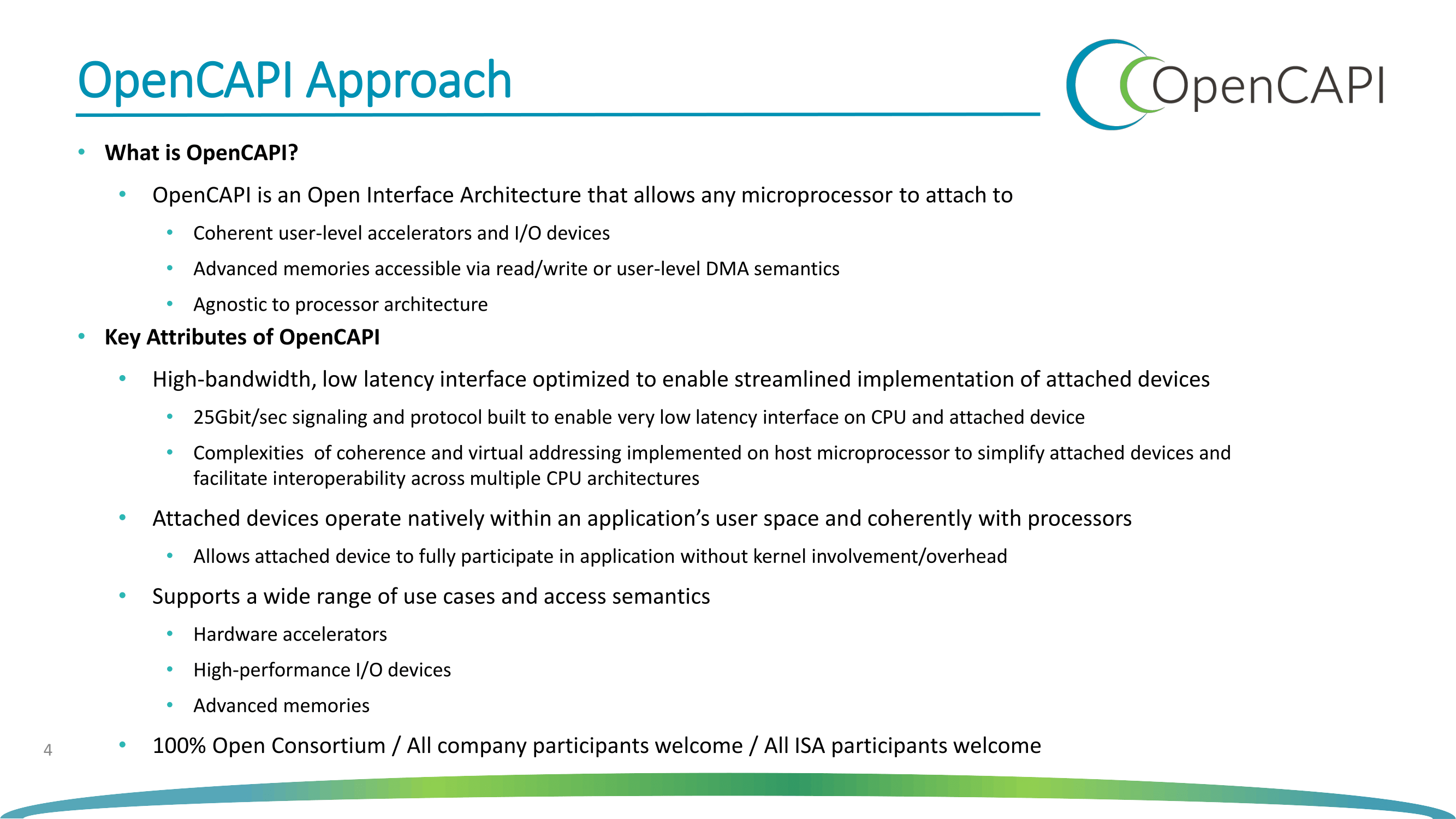 OpenCAPI could address the global business entities to continue to find newer ways to implement greater levels of computing performance. IBM is definitely going to be having the time of its life because of its OpenPOWER initiative. The server market, which is dominated by Intel’s processors could have a new competitor coming very soon. According to the latest information, IBM intends to implement the OpenCAPI interface in POWER9 servers as soon as 2017. In case you didn’t know, POWER9 servers will not only have a very fast interface to NVIDIA GPUs (via NVLink) but also to Google's ASICs and Xilinx FPGAs accelerators. 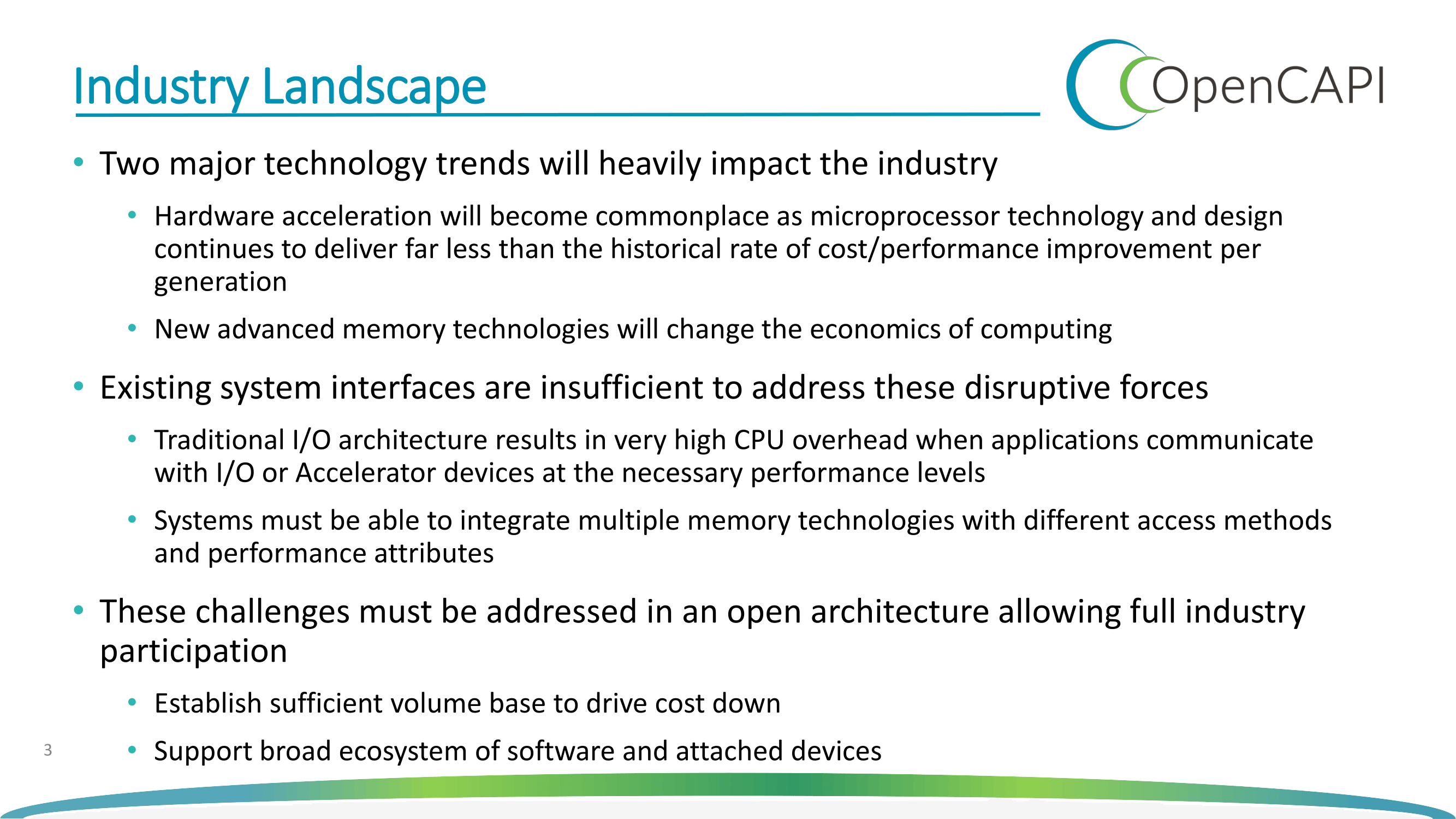 According to Anandtech, AMD will also benefit from this greatly because they will have an alternative solution to the NVLink to link its GPUs to the company’s upcoming Zen-architecture server-based processors. Micron will be able to link faster memory to the CPU and Mellanox will be able to increase speeds while lowering latency in the networking category. Xilinx also plans to support OpenCAPI enabled FPGAs, since a wide range of applications will be able to take advantage of the faster interface. 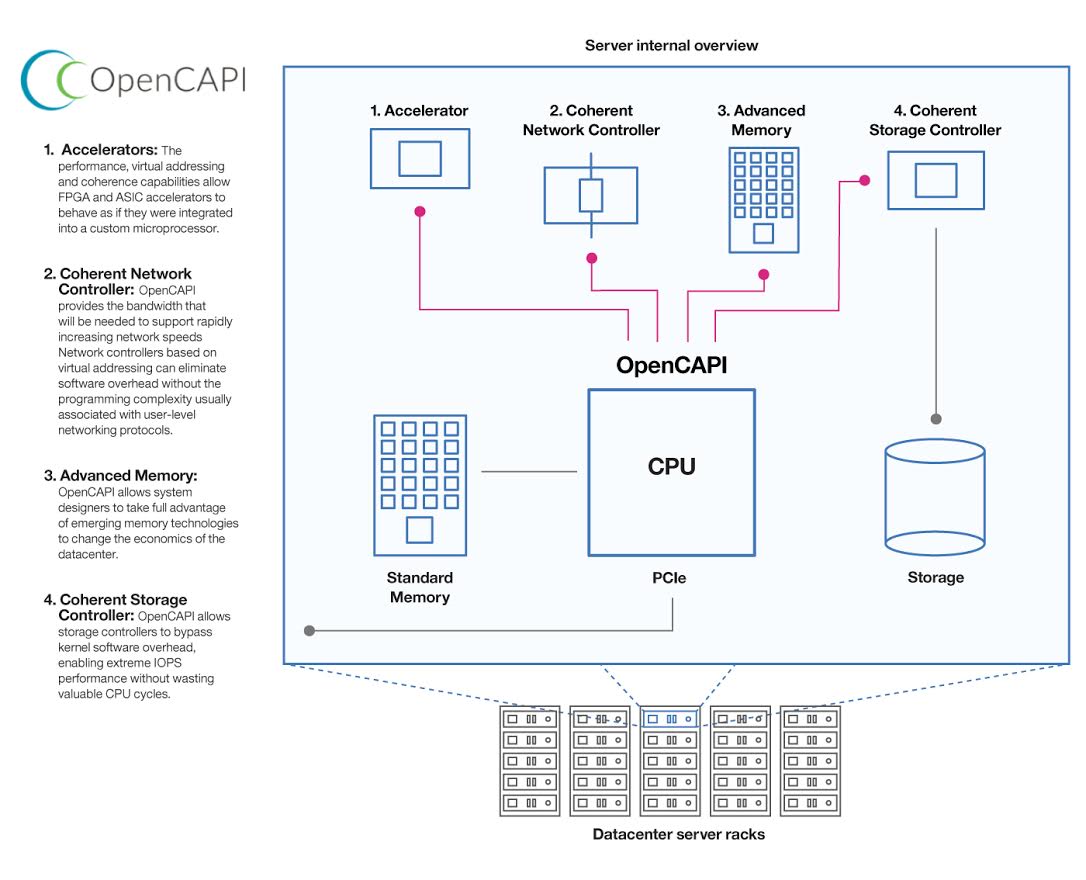 This is definitely the biggest announcement that we’ve ever come across not only for the server market but also for a wide range of other uses. What are your thoughts on the announcement? Tell us right away.