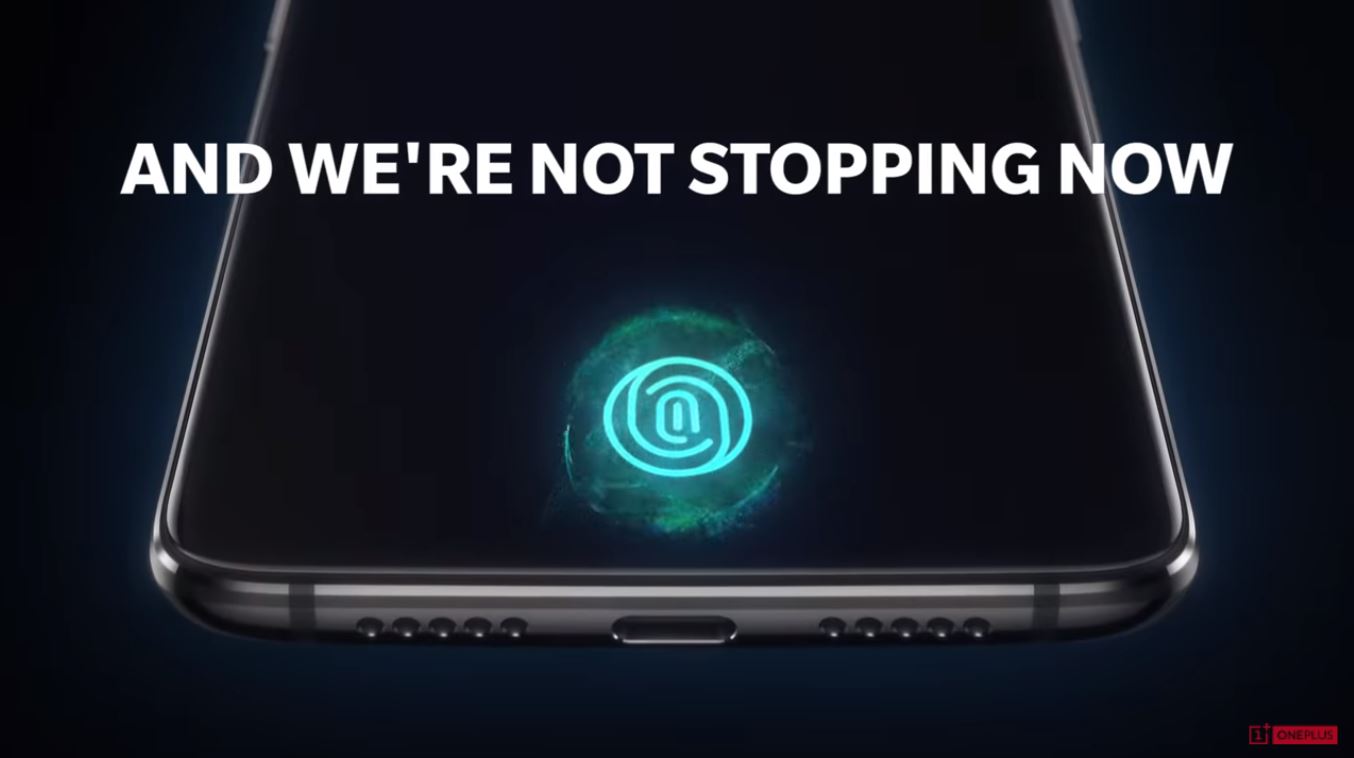 It seems OnePlus os not too secretive of its upcoming device. In a refreshing change of pace, the company has released another teaser of the forthcoming OnePlus 6T which shows one of the most hyped features of the device. In a new 'Tap into the future', OnePlus 6T is pointing at the in-display fingerprint sensor which has been a major portion of the leaks and rumors for a long time. Let's see some more details on the new teaser of OnePlus 6T and see if there are any more hints.

OnePlus published a new video on Thursday entitled, "OnePlus 6T - Tao into the future" highlighting one of the major features of the device we are expecting. This is indeed the in-display fingerprint sensor, which we have been hearing for a long time. The feature is part of the new Screen Unlock feature which the company's CEO Pete Lau wrote earlier this week. Check out the video in action for more details.

About the new teaser, we get to see the glimpse of the animation behind the in-display fingerprint scanner which will greet users upon unlocking the device with their fingerprints on display. CEO of OnePlus, Lau explained in a detailed forum post that the “Screen Unlock is much more than a module attached to the back of the screen,” he further stated that “It encompasses a wide array of software processes and hardware components that were carefully tuned to work perfectly with the OnePlus 6T.”

Another aspect which we can derive from the new teaser is that there is no headphone jack present at the bottom portion of the device next to the charging port. We can see from the teaser that bottom potion now only includes the charging port and the symmetrical speaker grilles. This has also been expected before and even though it will be gone, there will be more room available for a bigger battery.

We are expecting the OnePlus 6T to be released on October 17th. There will be more to the story, so be sure to stay tuned in for more details on the matter.

This is all for now, folks. What are your thoughts on the new OnePlus 6T teaser video? Are you excited about the in-display fingerprint scanner on the device? Share your views with us in the comments.