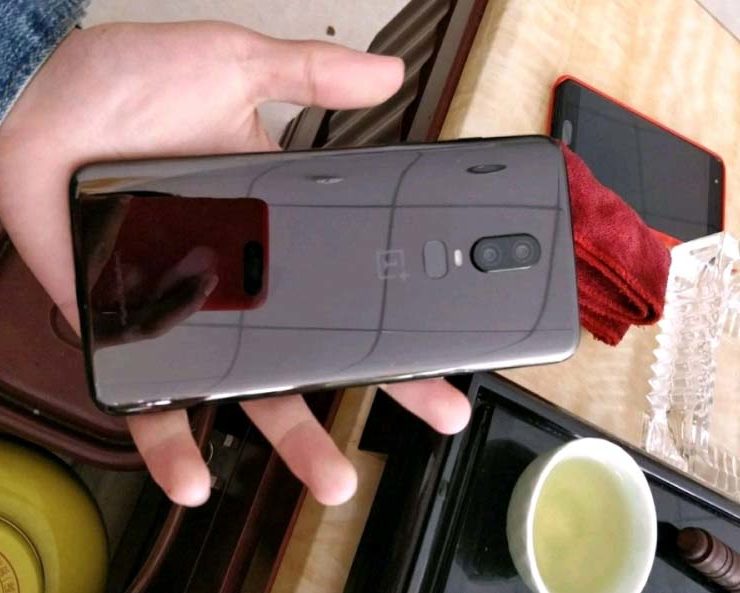 Another day, another leak. With the launches of Xiaomi's Mi Mix 2s and Samsung's Galaxy S9/S9+ taken care of, it's time we start to look at the future. This time, the rumor mill is more active than usual. Smartphones and phablets not due for a good four-five months are regular features. The OnePlus 6 for example, isn't expected to hit the shelves until late summer. However, this does not stop regular leaks for the device. Today, we've got more tidbits for you. Take a look below for the details.

Right now, we've got two separate and fresh leaks for the OnePlus 6. These make us question market speculation for a summer launch. The first of these is a WiFi certification for the smartphone, courtesy of Wincentral's Roland Quandt. According to the details, the rumor mill is spot on when talking about the OnePlus 6's internal codename. The A6003 is listed with WiFi a/b/g/n/ac and is running on Android 8.1.0. Frequency bands for the smartphone are 2.4GHz, 5GHz.

This leak raises our hopes for an upcoming launch - earlier than current whispers. However, it isn't the only one for the smartphone today. Gizmochina claims to have accessed a lot of details for the OnePlus 6, which include details for its price, storage variants and case design. These nearly complete the picture for the upcoming gadget.

According to publication's source, the OnePlus 6 will cost more than its predecessors. The device will ship in three variants. These will present users with a choice between 64GB, 128GB and 256GB of internal storage. Starting price for the 64GB variant is $523, $602 for the 128GB and $697 for the 256GB variant. Looks like edge to edge displays, stacked rear cameras and an alleged brushed metal/wood grain finish are adding up for a larger bill of materials for OnePlus this year.

Finally, GizmoChina tops things up with a case leak, that corroborates everything we've reported so far. The OnePlus 6 will feature a rear dual camera, with stacked sensors. This year the company will opt for a neat arrangement for all rear sensors, which also include a fingerprint reader. All in all, the OnePlus 6 looks pretty decent as a smartphone so far.

However, the bit about its price is disconcerting; will the company abandon its loyal customer base by increasing prices? In today's race for high-end specifications and features, does it even have a choice? We'll find out soon enough. Till then, stay tuned and let us know what you think in the comments section below. We'll keep you updated on the latest.