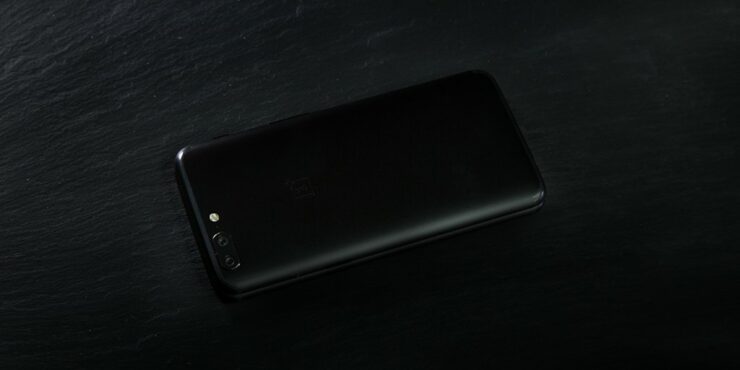 Well folks, it looks to be a good time for the OnePlus 5T and the rumor mill. After the company confirmed the device on its Twitter, we've now got a first, alleged live leak for the device. Given the rumor mill's prevalence these days, no device manages to escape some sort of pre-launch exposure. Whether it's the iPhone, Google's Pixel lineup and now the OnePlus 5T, we're able to get a fair amount of details about it prior to launch. Today, it's the OnePlus 5T's turn. Take a look below to find out more.

This year's Paris Games Week kicked off at the start of this month and ends tomorrow. While it's up to the gaming guys to cover all the event details, it's also unveiled a nugget of information for mobile. At the moment, it looks like the 2017 flagship smartphone cycle is over. The year's yielded a lot of critical upgrades, of which the most important are 10nm processors and edge to edge displays.

However, we just might have a final contender remaining, namely the OnePlus 5T. The device has surfaced actively on the rumor mill over the past month or so. Courtesy of these, we've got a rough idea of what to expect from the Chinese manufacturer. The biggest upgrade for the OnePlus 5T will be an edge to edge display, with a 16:9 aspect ratio. This display is visible in today's alleged image from PGW.

It's posted by Alessandro Palmarini, the Jungler for team Fnatic. Palmarini, who's also one of the youngest players to lay for Fnatic, shared the first image above on his Twitter, with the tagline "playing Vainglory on @oneplus phone". More importantly, if you take a close look at the image, the smartphone in its foreground appears to be uncannily similar to what we'd expect from the OnePlus 5T, i.e. it features an edge to edge display.

A twitter user had similar thoughts, so he asked Palmrini, who confirmed that the device is the OnePlus 5T. That's big news and makes us wonder that what exactly is a 5T doing at the PGW? The very circumstances of the this image make us question the authenticity of the device in question, regardless of Palmarini's confirmation. Given that the OnePlus 5T will soon be with us, it doesn't worry us that much. Thoughts? Let us know what you think in the comments section below and stay tuned. We'll keep you updated on the latest.