A OnePlus 5T has appeared in the wild, revealing a custom OnePlus wallpaper and a different phone design for the expected flagship that has been rumored to get released during the month of November. Now, here’s a closer look at the device.

An 18:9 aspect ratio coupled with reduced bezels is something that we’re looking forward to with the announcement of the OnePlus 5T. Though OnePlus has not officially acknowledged that there is a new device incoming, these series of leaks will provide a bulkload of info that the Chinese manufacturer could be working on a new phone. The 18:9 aspect ratio means that the device will most likely sport a 2,160 x 1,080 resolution while sporting the same hardware inside its metal chassis.

We don’t think that OnePlus is going to add wireless charging to its upcoming flagship since that will shoot that price tag to new heights and the company might lose out on its goal of being able to sell price/performance smartphones. However, before you get excited about the imminent arrival of the OnePlus 5T, there are some things that you should be aware of regarding this leak. 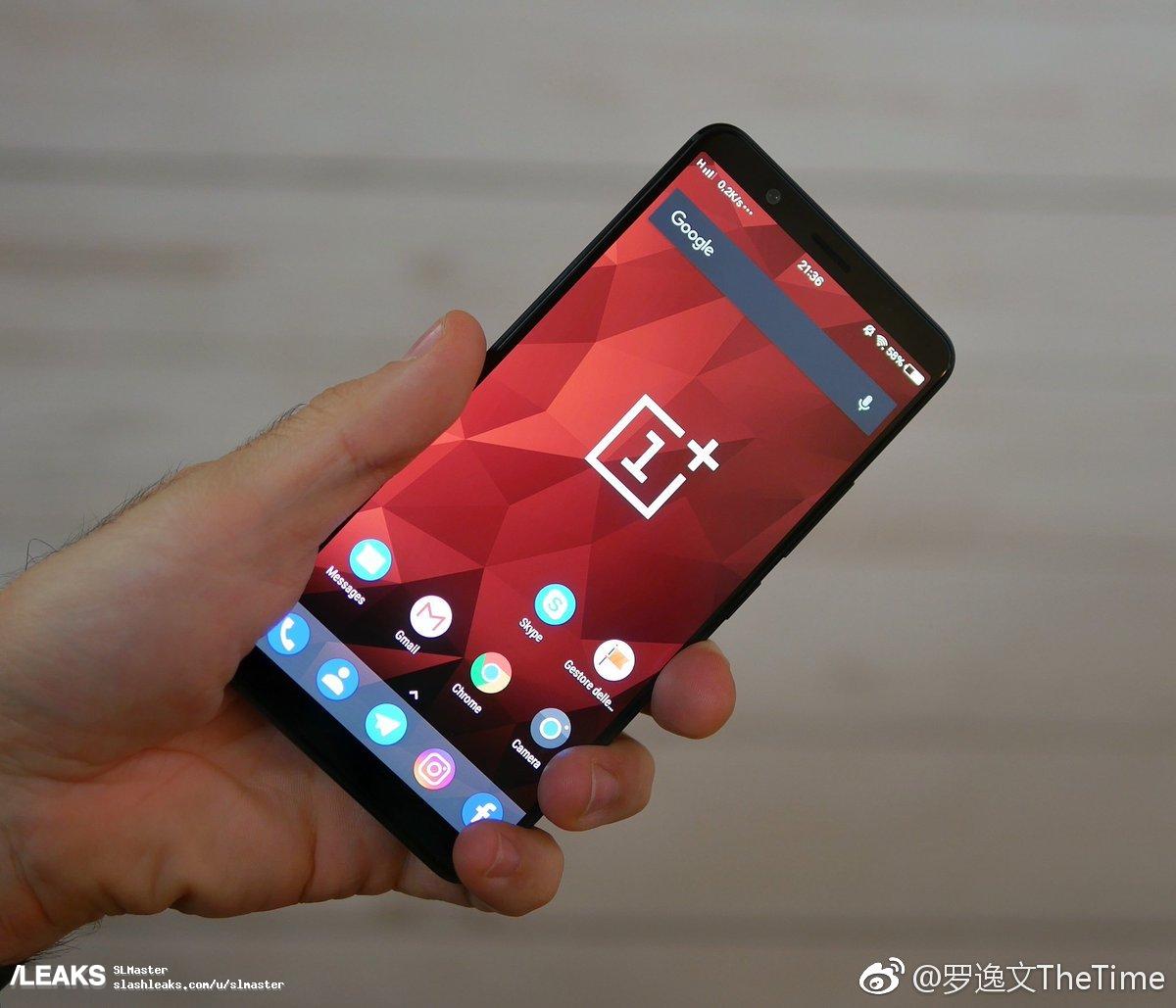 The comments where the leaked image was taken from reveals that the phone could be a device from Vivo rocking a small percentage of bezels. It could be an easy way to show that the device is a OnePlus 5T by enabling a custom OnePlus wallpaper but you should continue to take this leak with a pinch of salt for now.

OnePlus has yet to publicly provide a teaser towards a possible phone announcement in November so we will be filling you on all the necessary details as soon as more of them come to light.

If the OnePlus 5T does end up getting announced, would you upgrade to one? Tell us your thoughts down in the comments.