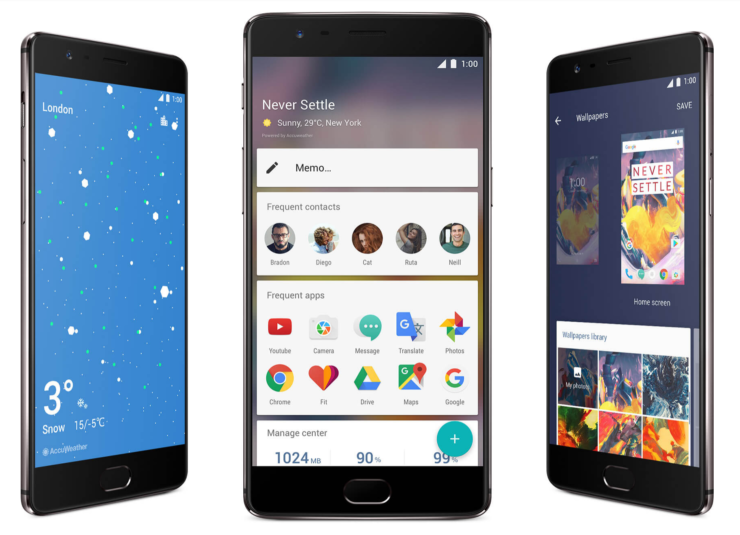 The OnePlus 5 is a regular feature of the rumor mill these days. We've seen a lot of details about the device surface, which paint a mixed picture. Specification wise, the smartphone will feature Qualcomm's Snapdragon 835. The 10nm processor brings a lot of improvements over its predecessors, especially when we talk about power consumption. Now, another benchmark listing for the smartphone has surfaced. Take a look below for more details.

The OnePlus 5 will be a mixture of all the flagship smartphones released so far. The Chinese manufacturer likes to gain publicity by stating that its smartphones are flagship killer. This is done to obscure the fact that in the flagship smartphone world, resources are king. The primary reason that Apple and Samsung continue to dominate the sphere is due to the massive capital the pair invest towards developing their smartphones.

But OnePlus has also had a couple of wins at its end. The maker's OnePlus 3T is an amazing device, primarily due to its build quality. It's an aspect that has taken Samsung years to perfect, demonstrating that mere resources aren't enough to dominate an industry. To that end, we've got high hopes for the OnePlus 5. The smartphone surfaces in Antutu benchmark database today. The specifications provided confirm what we've been hearing about it so far. 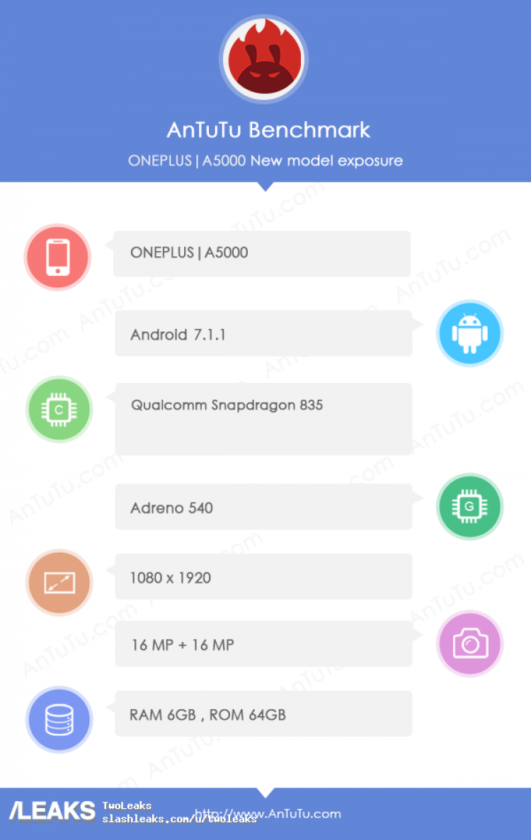 According to Antutu, the OnePlus 5 will feature the Snapdragon 835, 6GB RAM, screen resolution of 1920x1080p and a dual camera setup, with resolutions of 16MP for each sensor. 6GB of RAM will be coupled with internal storage of 64GB. We've heard earlier rumors claim that the smartphone will feature 8GB of RAM. This has been mentioned in tandem with internal storage of 256GB, so the verdict isn't set for the higher RAM count on the smartphone.

Design wise, the smartphone will follow the OnePlus 3T and feature a fingerprint sensor on its front. There's no confirmation on the fate of the earphone jack either, so expect the feature to make it as well. OnePlus has a committed user base, who require something that's different from the mainstream, flagship smartphone experience - be it Apple or Samsung. Will the company deliver once again? Only time can tell. Till then, stay tuned and let us know what you think in the comments section below. We'll keep you updated on the latest.