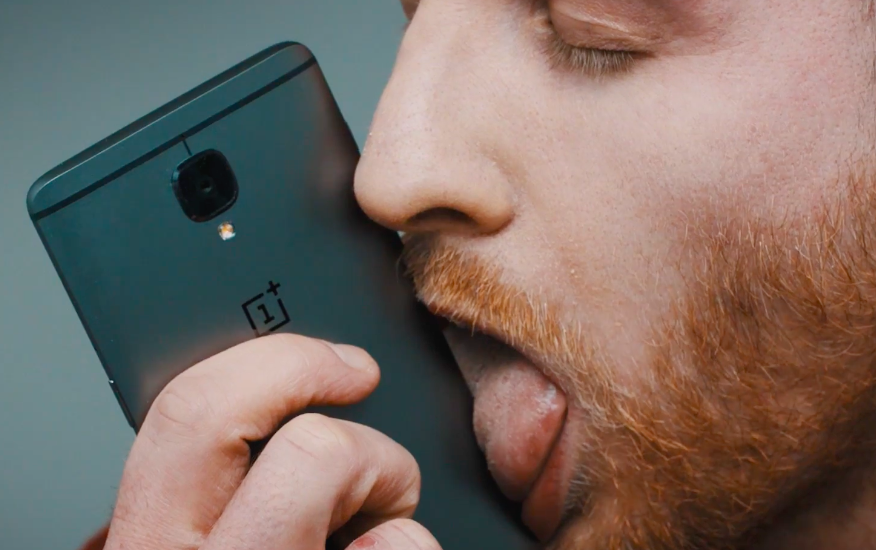 Ever loved your smartphone's body to the extent that you will lick it? No, seriously, have this thought ever crossed your mind? Well, such an idea might not have occurred to you, but OnePlus is certainly executing sexually-induced advertising ideas for its OnePlus 3T smartphone. The company wanted to create a cool ad for Valentine's Day, titled as "Who do you love?" but things went terribly wrong with the product placement.

In the video, OnePlus has projected the OnePlus 3T smartphone as an object of desire. Things go uncomfortable when the desire trespasses the boundaries of "human" expression and the actors start licking, yes, you read it right, licking the OnePlus 3T handset. This video is a virtual proof how OnePlus is not meant for commercial advertising. The company is good at making phones, but it certainly has weird ideas when it comes to promoting its product.

The video starts with men and women expressing their love for each other, by saying “You’re an absolute beast,”; “Encased in a beautiful body.” and much more. However, while we think that they are uttering all these words for each other, it later turns out that all this is being spewed to express the desire for the OnePlus 3T smartphone. Well, if the video only showcased the verbal love, it would have been okayish, but what happens next in the video is totally cringeworthy. The actors take the phone in their hands and start licking it, mostly in bizarre close-ups.

If you successfully survive till the end of this ad by OnePlus, then the company presents to you an offer created for Valentine's Day. As per the offer, if you buy a OnePlus 3T between February 14 and February 16 then you will get 40 percent off a “True Love Bundle” that includes a case and two units of OnePlus V2 Bullets in-ear headphones.

In addition to the discount, OnePlus is also running a contest for Valentine's Day, named as #LickOfLove contest. The winners of the competition will get two customized OnePlus 3T smartphones. On its website, OnePlus writes about the contest:

"Love can take on a lot of different forms. Can’t keep your hands off the object of your desire? Share your feelings with the world for a chance to get your hands on a perfect pair of OnePlus 3Ts."

Well, that was enough for Valentine's Day! Share your thoughts about the video in the comment section below.