OnePlus 2, the successor to the ‘Nexus Killer’, OnePlus One is still months away from being officially released but it appears that the Chinese startup company’s founder and CEO, Pete Lau might have spilled the beans of what might be the price of OnePlus 2. Lau had already stated that the handset will feature a Snapdragon 810 SoC and is going to be launched in Q3, 2015. Several smartphone consumers might wonder as to why the handset is going to be released at such a later period in the year, but it does look like an economically good decision. This is because several handsets running Qualcomm’s Snapdragon 810 SoC do not come close to the price that OnePlus 2 is being offered in. 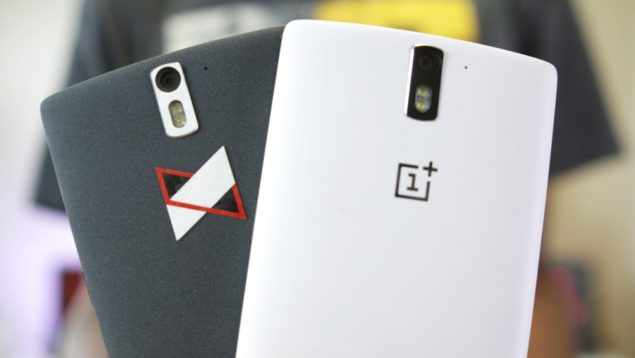 Qualcomm has been under fire for the overheating issues plaguing its flagship SoC. However, with Xiaomi’s Mi Note Pro announced yesterday featuring the same chipset, it appears that the company has made amends to the temperature spiking and performance issues. Mi Note Pro is able to obtain a far better score compared to HTC’s One M9 (keep in mind that One M9 is also running Snapdragon 810) and it is able to achieve this feat while keeping its thermals in check. It is possible that OnePlus 2 will also feature a revised edition of Snapdragon 810, one that will not throttle due to overheating and provide constant performance.

However, until the smartphone is officially launched, along with several benchmarking tests being run on it, jumping to conclusions is not considered to be prudent. Moving on, OnePlus One featured 3 GB of RAM, so the company will most likely be looking to raise the bar and incorporate 4 GB of RAM. Since going anything above a screen size of 5.5 inches will become an encumbrance to carry around, it is possible that OnePlus maintains the same screen size for both OnePlus One and OnePlus 2, while upping the resolution to 1440p on the latter.

Furthermore, there was a rumor suggesting that OnePlus 2 will feature a fingerprint scanner that will exceed what Apple’s Touch ID interface brought to the table. ‘Seeing is believing’ is a popular adage used in this day and age so unless the public can actually witness the capabilities of OnePlus’ security feature, it is hard to believe such things. Last but certainly not last, we are expecting that OnePlus will finally incorporate a MicroSD card slot in its upcoming flagship smartphone, seeing as how OnePlus One was void of one. Xiaomi’s Vice President is strictly against MicroSD cards, stating that they disrupt performance and are accompanied by a myriad number of errors. However, he forgot to mention that cost reduction and increased profit margins go in the favor of smartphone companies that do not stuff in such features.

All in all, OnePlus 2 is looking to be a killer smartphone, and we have our fingers crossed for this one. Let us hope it does not end up being a severe disappointment.