Odyssey Jailbreak Beta for iOS 13 to iOS 13.5 Released to Public 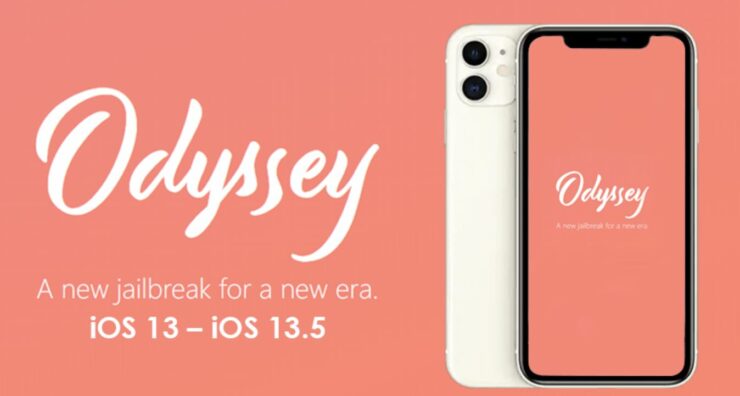 While Apple is not signing iOS 13.5 or iOS 13.5.1 anymore, CoolStar has now released the Odyssey jailbreak tool's first beta to the public. Previously, we heard that the Unc0ver team had filed a DMCA notice against CoolStar to take down his GitHub repository. The verdict of it is yet to be announced but now we have a new jailbreak tool on our hands.

The Unc0ver team claimed that CoolStar stole their code. While a counter DMCA was filed, the decision to the notion is still pending. As mentioned earlier, the Odyssey jailbreak's first beta has been released to the public. While there's not much to be excited about, it's good to see that users now have alternatives and they don't just have to stick to a single tool.

The Odyssey jailbreak tool is released for devices running iOS 13 to iOS 13.5. It is compatible with all devices that are running Apple's A8 to A13 chips that bring us a wide range of iPhone and iPad models, including the new iPad Pro models. The fact that the jailbreak tool isn't special is because users already have their devices jailbroken with the Unc0ver tool. Henceforth, support for new devices is not added or the new iPadOS version.

Note: Migration does not work yet in beta 2. If migrating from non-Odyssey/Odysseyra1n, make sure to rootfs

The whole point of releasing the jailbreak to the public was to offer a superior user experience compared to Unc0ver and Checkra1n jailbreak. Take note that if you're planning to jailbreak your iPad using the Odyssey jailbreak tool, you should first have to use the restore rootFS feature in Odyssey before you shift to it.

Another major aspect that you should note is that the Odyssey jailbreak comes with Sileo package manager by default. Sileo received a major update recently that made it quite fast compared to the previous versions. Odyssey is different when compared against Unc0ver or Checkra1n as it is based on Swift entirely. This makes the jailbreak tool faster that enhances user experience.

Are you willing to install the Odyssey jailbreak? Let us know down below.