It looks like Zauba.com has become a pretty good source to spot graphics processing units as the shipping site has revealed several NVIDIA GPUs over the last few months. This has happened once again as 3DCenter was able to find a shipping manifest of NVIDIA's upcoming flagship GeForce Maxwell GM200 GPU which will hit the consumer market next year. 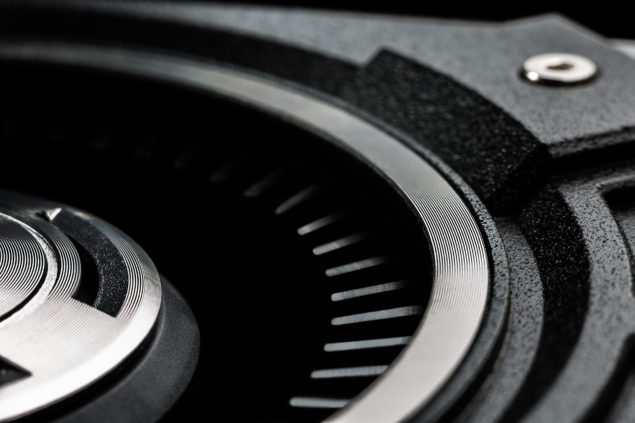 So what makes this spotting so special? There are no images, no specifications, no assurance or whatsoever that this might be true but recent leaks such as the GM204 PCB reveal and the codenames matched earlier listings on the site which makes these listings somewhat believable if not entirely true. The GM200 chip mentioned in the shipping list originated from Taiwan where it was manufactured and will be discharged in Banglore, India. The sample was dispatched on 8th July 2014 which means that the GM200 GPU is already in-works but will take some time to reach mass production before it begins shipment to market. The GM200 GPU is codenamed as GM200-INT0-A1 which means this is the first revision of the core and we may see newer revisions (B1) in the future but for now the A1 revisions is what will be featured on graphics cards for servers and consumers.

While the GM204 chip which was revealed a while back is bigger than its GK104 predecessor, it's still a bit small compared to GK110. Its hard to tell if the GM200 GPU will be larger or equivalent in size as compared to GK110, its last generation Kepler equivalent but from what we have seen, it will be a huge die returning to the legacy of the big die sizes which NVIDIA has been known for but will be extremely power efficient and house several more cores. The chip is planned for launch in 2015 which would give ample time for 20nm production through TSMC but previous reports show that NVIDIA might ditch 20nm in favor of 16nm FinFET so that could be a possibility but will result in a longer delay period. From what little details we can gather, TSMC will commence volume production of 16nm FinFET+ nodes in Q1 2015 which would mean a Q2/Q3 2015 time for GM200 GPUs to appear on the new process or they could move the launch a bit earlier by sticking with 20nm which is already under production since Q1 2014 but prioritized for Apple till Q2 2014 which is over now.

While GM200 GPU will be the real flagship graphics processor of the Maxwell lineup, it won't make it to the consumer market till 2H 2015 and the earliest shipments would be reserved for the HPC (Super-Computing) and Server market as was the case with GK110 before it. To make the launch of the GM200 GPU special, NVIDIA can do another Titan-like launch since their GK110 also debuted in the consumer space as the GeForce GTX Titan first followed by GeForce GTX 700 series in Q2 2013. We don't have accurate reports whether there will be another Titan GPU or something new such as Atlas or Zeus (Let's make up some god-like names) but at the end of the day, its the performance and availability that matters. Specifications summed up by 3DCenter sounds nothing more than a wishlist but they do have some good reasons behind it so let's list them down:

Saying that the chip taped out in June / July 2014 is a safe guess since GK110 was taped out a month before the GK104 came out in the market as the GeForce GTX 680. But saying that it would use the current 28nm process does sound a bit unbelievable considering that it would be look bad for NVIDIA to stay on a old process die moving in 2015 when 20nm would be available to the masses or this could mean that NVIDIA moving to 16nm FinFET may very well be true aside since they can use the existing process die for the first generation GM200 GPU and launch a revision using the smaller die node. Its no doubt that we are on the verge of the launch of a new generation of graphics cards from both NVIDIA and AMD which will leverage the graphics performance of the PC industry in terms of both efficiency, compute and visuals. There's still a few months before we start getting more info on these cards but hold on to your seats as there's a lot more to come.