Nvidia unveiled a relatively new design two days ago, a design which green claims is a world's first and it probably is. This venture marks the entry of the ARM Cores into the HPC Market for the first time. Basically Nvidia has coupled two ARM processors both with 8 cores with 2 Tesla K20 GPUs for a server 'block' style HPC Solution. 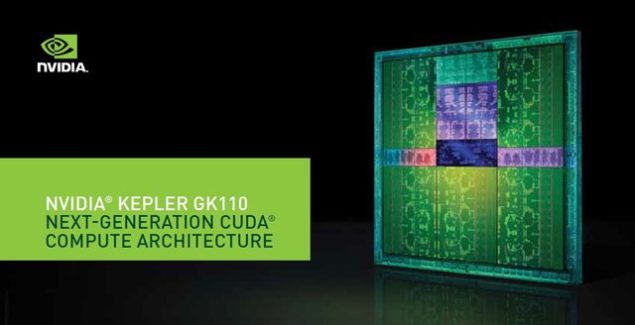 This information comes from the folks over at Computerbase.de who received the information in a press deck fo the International Supercomputing Conference 2014. Here Nvidia presented the ARM HPC with GPU Acceleration 'block' which you can see below. The block is actually from Cirrascale in a shallow 1U rack with two sections each containing one ARM + GPU couple. After some time 3U systems are planned as well and the company Eurotech promises to bring Liquid Cooler variants as well. These solutions can be used for Public or Private Cloud, HPC, and enterprise applications. Along with your usual seismic signal  and image processing, video analysis, trace analysis and web applications. The list is endless, and this combo can pack a deadly punch. The GPU Accelerator will handle all the grunt work while the ARM fires off the orders (only Intel's Co-Processors can task themselves). The Micro X-Gene ARM 64 CPU will be clocked at 2.4 Ghz and will be coupled to a Tesla K20. The server style is allegedly micro-ATX. The motherboard will feature support for the X-Gene ARM CPU (duh) along your usual suspects such as the PCI E 3.0 slot with 8 lanes.

ARM CPUs are surprisingly power efficient compared to their power hungry x86 siblings. In the HPC sector where the Performance Per Watt Per Dollar makes a helluva difference ARM should be rampant, but that is not the case since the small scale tech has not been adapted for HPC use. Untill now that is. Riding Nvidia's GPGPU momentum into the market, ARM could bring abut a silent revolution in the same, since it offers nearly double the performance per watt. Nvidia already offers GPU acceleration for the x86 and POWER platforms but now ARM has been included as well, which is a very admirable step.